Breakfast is my favourite meal of the day. I love all the foods that are breakfast related and if I was in some strange Universe where I could only have one meal a day – it would be breakfast. Sometimes though, the mattress takes over and I don’t always get up with enough time to have my oats, or make eggs etc. This is where something like Soreen Breakfast bakes comes in! I have always been a malt loaf fan so was more than happy to put these to the test… 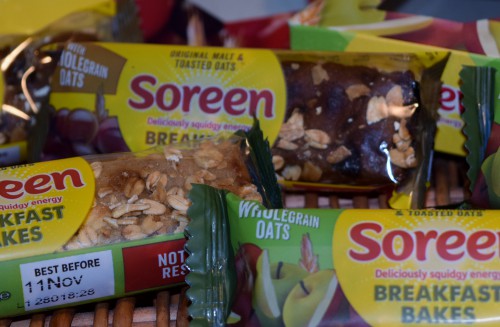 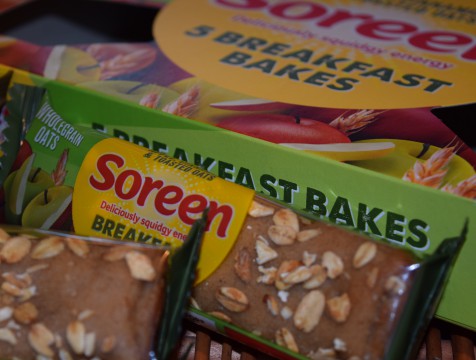 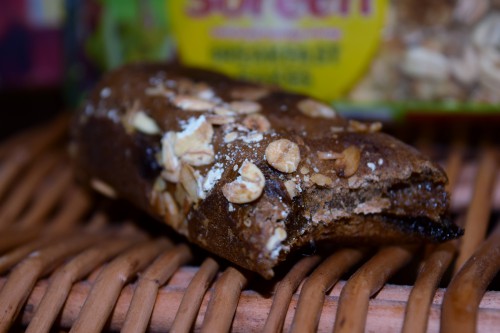 The bakes come in two flavours – Original Malt Breakfast Bakes and Apple & Cinnamon Breakfast Bakes. They are individual malt loaf topped with wholegrain oats so lots of energy giving foods to fuel your morning. The bakes are:

They are so delicious! I found them really satisfying and really tasty. As you can see in the last picture, the bakes are uber squidgy and soft – perfect for the kids too, they munched on them happily. The husband commutes into London and rarely has time for a proper breakfast so these are perfect for him to eat on the way to the station or while on the train – great for some energy.

I am not a fan of things that are too ‘cinnamony’ so I was pleasantly surprised with the apple and cinnamon bars as it is a fairly subtle flavour. I would happily have either of the flavour bakes – both are tasty and filling. I will definitely get them again when I see them a t the supermarket and would recommend them!

They are available in selected Asda and Morrison’s stores (and will soon be in Sainsbury’s), costing around £1.50 for a pack of 5.

*the packs were gifted in exchange for an honest review. All opinions are my own.

Linking up to Tasty Tuesday.