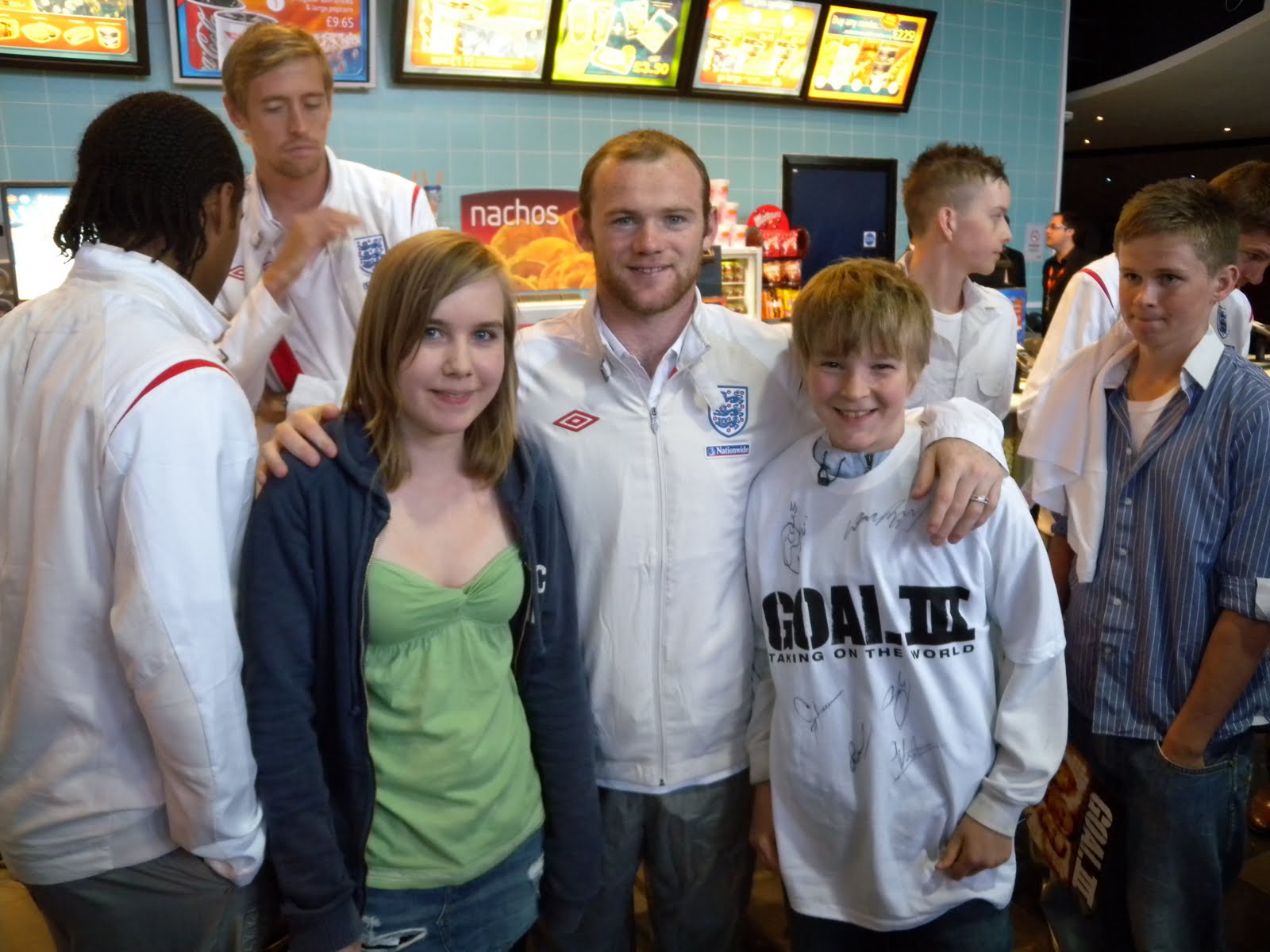 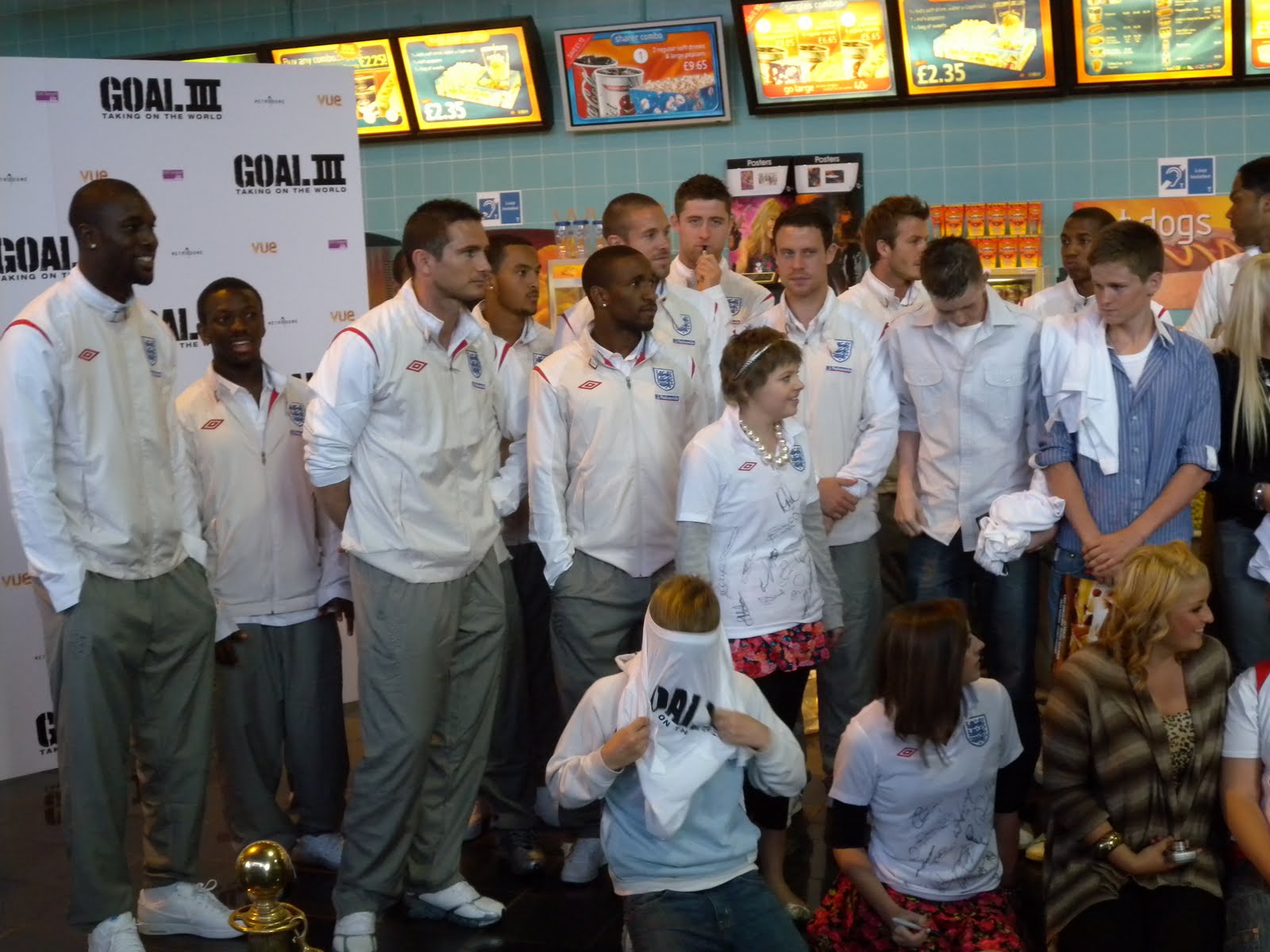 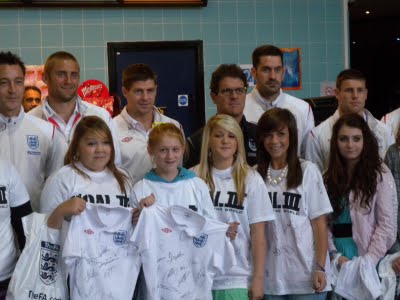 Ok, so this happened ages ago (well, June 2009) and realised that I never posted any pictures- I know my mum and sisters will want to see…
Because of my father-in-law’s job and a new film that he was promoting (Goal 3), Mike, his brother Chris, father-in-law Pete and I, went to the preview for the film which was a charity event for some disbaled and ill children. The surprise for the kids was that the England football team would be there, as it’s afootball film and the cinema in Watford was close to their training ground so they made a deal.
It was so surreal walking into a regular ‘Vue’ cinema and seeing the likes of David Beckham, John Terry, Wayne Rooney and the others. It was, for obvious reasons, the most star-struck I have ever been! Mike and I were the photographers for Metrodome so didn’t really get chance to have pics with them ourselves…. 🙁 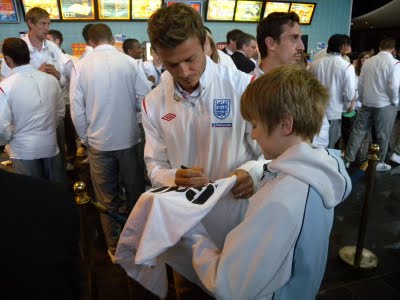 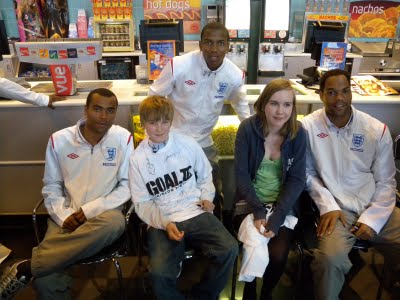 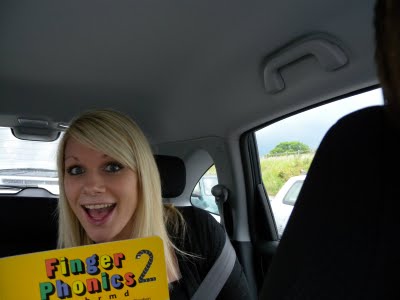 On the way…I was a bit too excited…. and reading Sammy’s book in the car…lol!