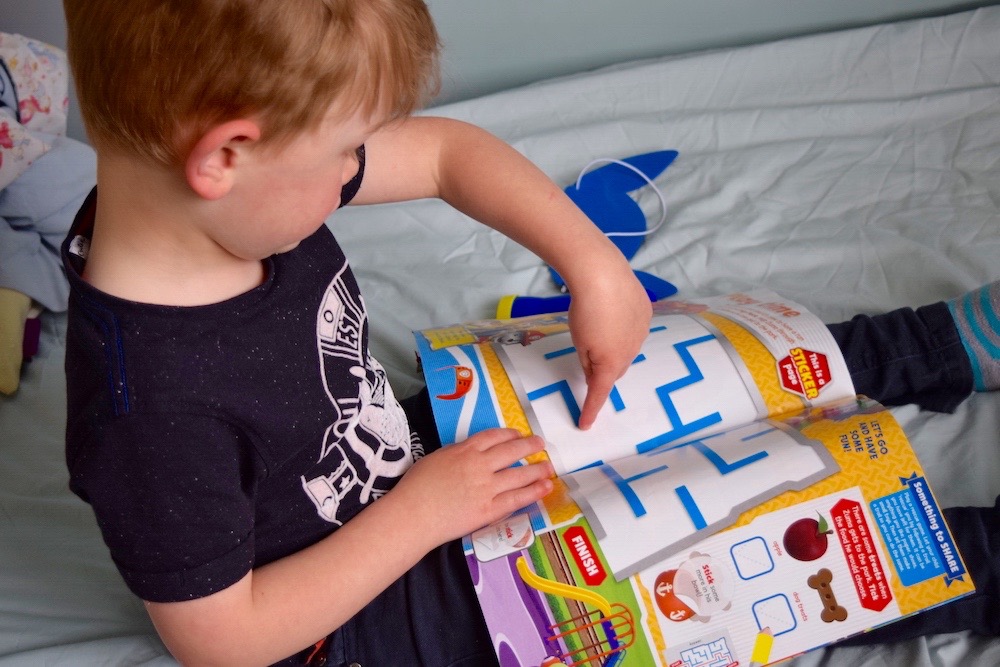 If you have got little children, you can’t not have heard about Paw Patrol. Since Max (aged 4) discovered it on Netflix, we’ve not looked back. That is what real Netflix and chill is; your toddler watching an episode of Paw Patrol so that you can have a sit down for five minutes! Max is learning to read too so when we found there is a Paw Patrol magazine, we just had to try it out. 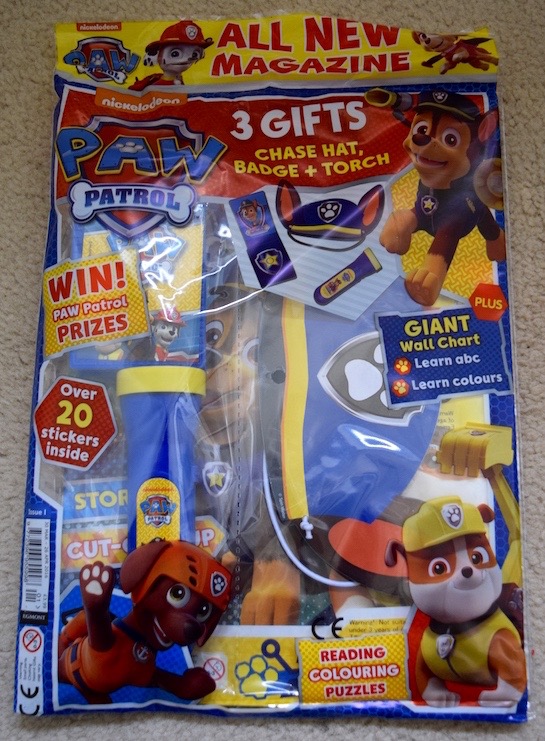 I think magazines are perfect for his age. There aren’t too many words and there are plenty of pictures and puzzles. Not to mention stickers – we have a very happy by in our house when there is anything with stickers involved! The Paw Patrol magazine was perfect and fit the bill. We could read the stories that it had, together, but he was happy to do the puzzles and stickers by himself. There was no letting his little sister near it; like Joey from ‘Friends’ doesn’t share food, Max doesn’t share anything that is Paw Patrol!

One of the first things he noticed was that there were some little toys with the magazine (a winner every time). There was a ‘Chase’ hat, police badge and a little torch so he could pretend play that he was out on patrol. 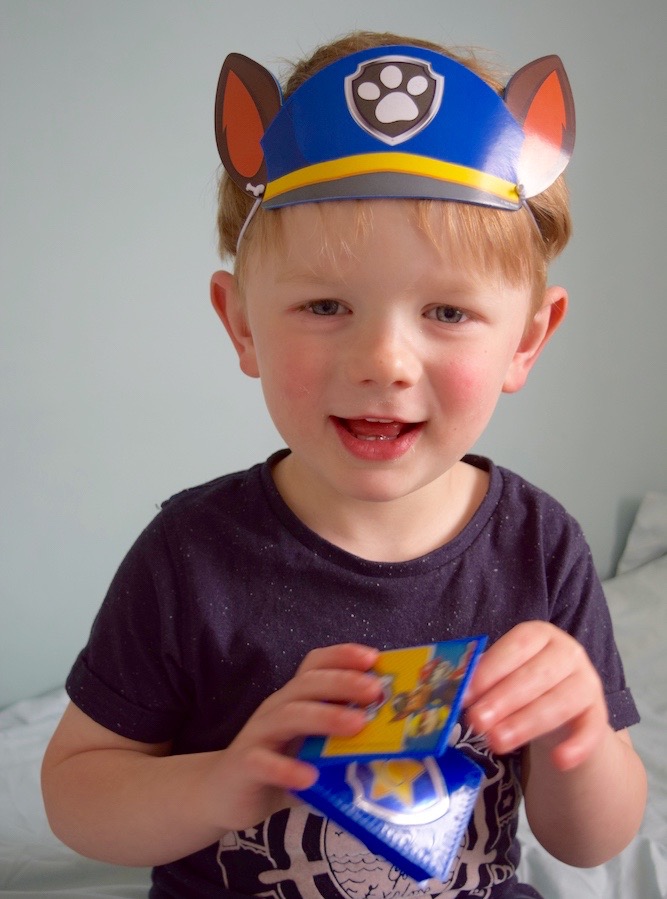 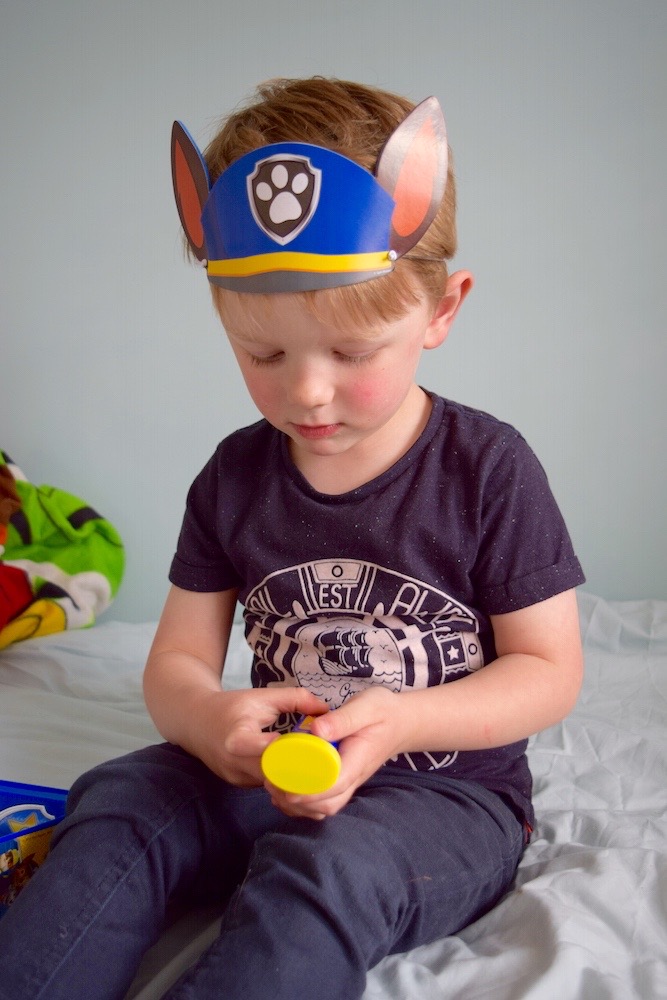 The magazine is of great quality, good paper, with a mixture of matt and shiny pages. There are pull outs and stickers so lots to keep Max entertained. He still plays with the hat, badge and torch, even after finishing with the magazine, so I think it is pretty much a winner for little ones. The magazine is aimed at children aged 3 – 6 and think that is is the perfect age range. Chloe, aged 2, just isn’t ready for it yet but Max loved it. Five and six year olds would be able to read and recognise more of the words so it works well for them too. The magazine costs £2.99 so I don’t think you can go too far wrong with it – bargain (especially value for money with the toys included as he loves playing with them still). 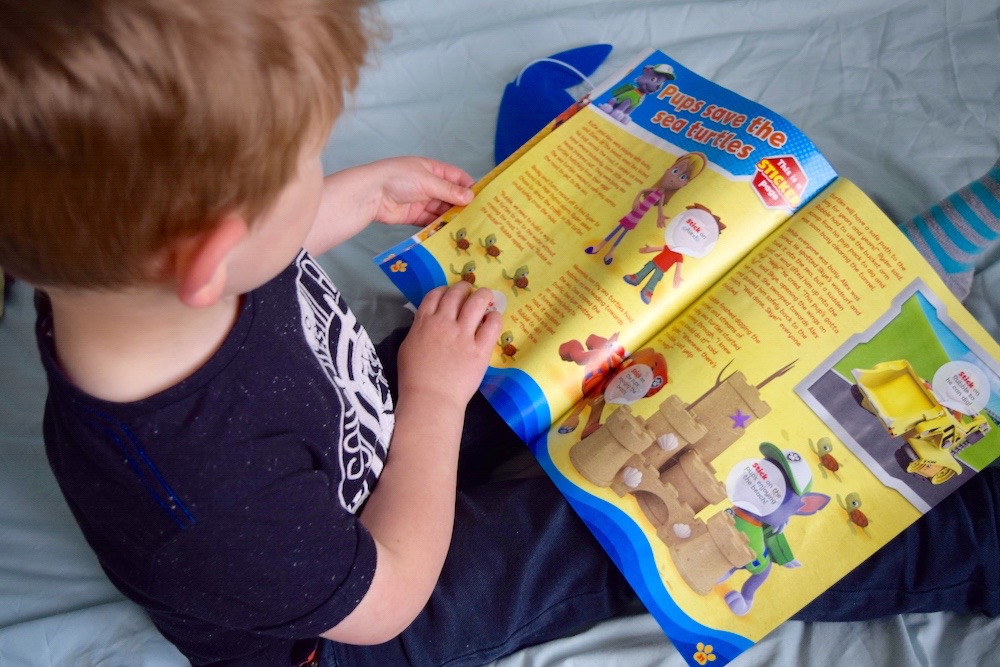 The magazine is from Egmont and you can watch Paw Patrol on Nick Jr. and Netflix.

Do you have Paw Patrol fans in your house?

*the magazine was given to us in exchange for an honest review.