I’ve have always enjoyed quizzes whether just a random one at school, a ‘pub quiz’ and testing my knowledge whilst watching game shows. I always feel like a genius if I manage to get one question right on University Challenge! So, I thought I should just stop being an armchair contestant in these game shows and try to get on one. So I applied for BBC’s programme Pointless.

For those of you that don’t know about Pointless the aim of the game is to score as few points as possible by giving correct answers that the public have or have not given about a certain subject, ultimately scoring lower than other contestants. The contestants particularly try to look for answers that score no points, which are known as “Pointless” answers. I have enjoyed watching this programme before and quite often found myself knowing quite a few of the low scoring and ‘pointless’ answers. You take part in pairs. Mike really didn’t fancy it but luckily I have a genius brother that likes the programme too so we applied together and waited to hear. 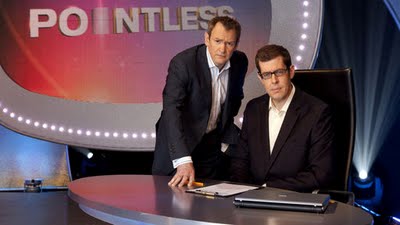 We both got a call and were invited to an audition in London. We had to do an individual general knowledge quiz, introduce ourselves to the group and try to make ourselves stand out and then there was a mini game of Pointless. The first round was Jack Nicholson films… My brother went first and he said ‘One flew over the Cuckoo’s Nest’. This was good, it scored 26. Others in the group had scores higher or couldn’t even come up with an answer. It was then time for the second person in the pair to go. People were taking all of the ones I had stored up in my head. The Shining, A Few Good Men, About Schmidt…. Then a totally random film came into my head, that I remember watching once at the cinema on a really awkward date; Anger Management. This scored the lowest score that round – 6! We had the lowest score. 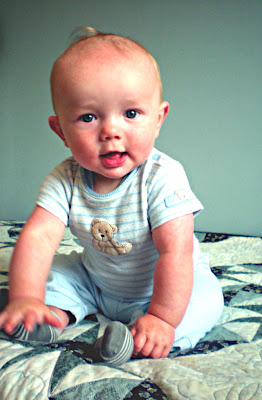 Round two came – things in the game Cluedo. We chose the ‘Hall’. This was again the lowest score, so we finished this mini game with the lowest score! We were really happy. We were then told to wait for a phone call to hear if we got through to the actual show…. Well,we waited and didn’t get a call. I like to think it was that we were too good and would make all the other contestants look bad 😉