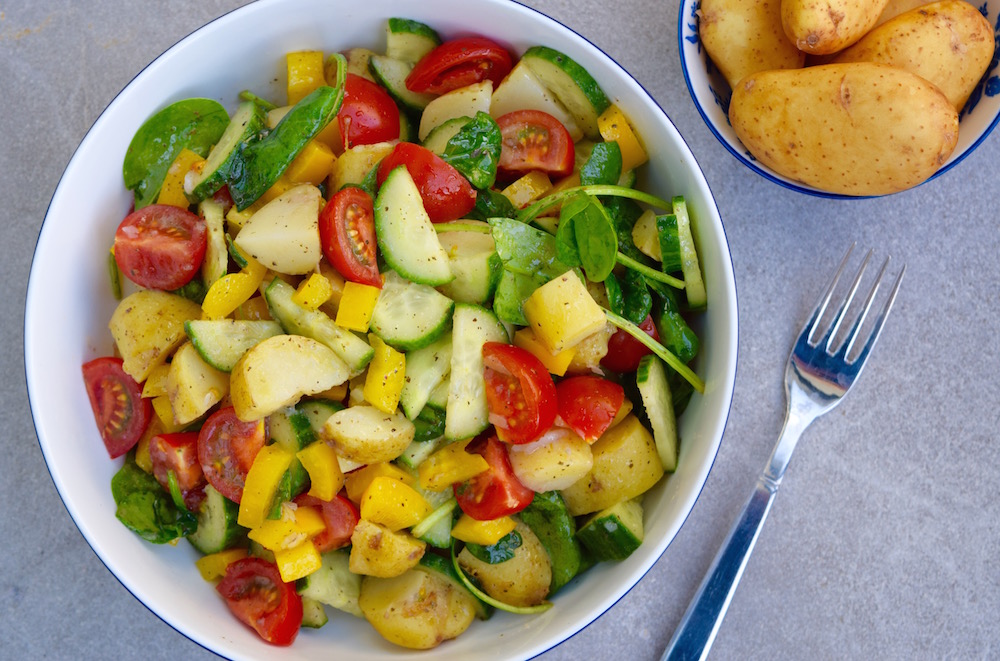 Eating seasonally is one of the best things that you can do for get tasting food. If you’ve ever had some strawberries around Christmas time, for instance, you will know exactly what I mean. They don’t taste anywhere near as good as when they do when they are grown in their natural season. So having the best tasting food is one of the main reasons to eat in season.

One of the foods that are in season at the moment are Jersey Royal new potatoes. They are found in supermarkets, such as Tesco, right now, and make a great addition to any meal or side dish. Not only are Tesco Jersey Royals tasty, earthy, and delicious nutty taste, but they are a real sign that spring has finally arrived (a little late thanks to the ‘Beast from the East’ and all of that joyous snow in March).

They are a food that were a staple in our house growing up, especially for a spring time Sunday dinner. My dad lived on the island of Jersey for about six months or so, during the spring and summer, when he was in his twenties. And as a result, Jersey Royal potatoes are one of my dad’s favourite things, and we all grew to love them too. As the name suggests, they can only be grown on the island of Jersey, so they are a little luxury for your spring and early summer meals.

Another interesting fact about them is that as a result of only being grown in Jersey, they are the only potato that carries the EU Protected Designation of Origin mark of authenticity, much like Cornish clotted cream or Stilton cheese. No one else can claim to call them Jersey Royals, unless they are from Jersey.

Jersey Royal new potatoes are ideal for boiling or steaming, as they are in this recipe, but are equally versatile for roasting too. So for a springtime meal, they are really good option. Inexpensive, versatile, and tasty.

Other foods that are in season at the moment are:

So for this recipe, I have aimed to include a few of these things, so that you know you’re going to get a tasty recipe, with the foods that are in season. 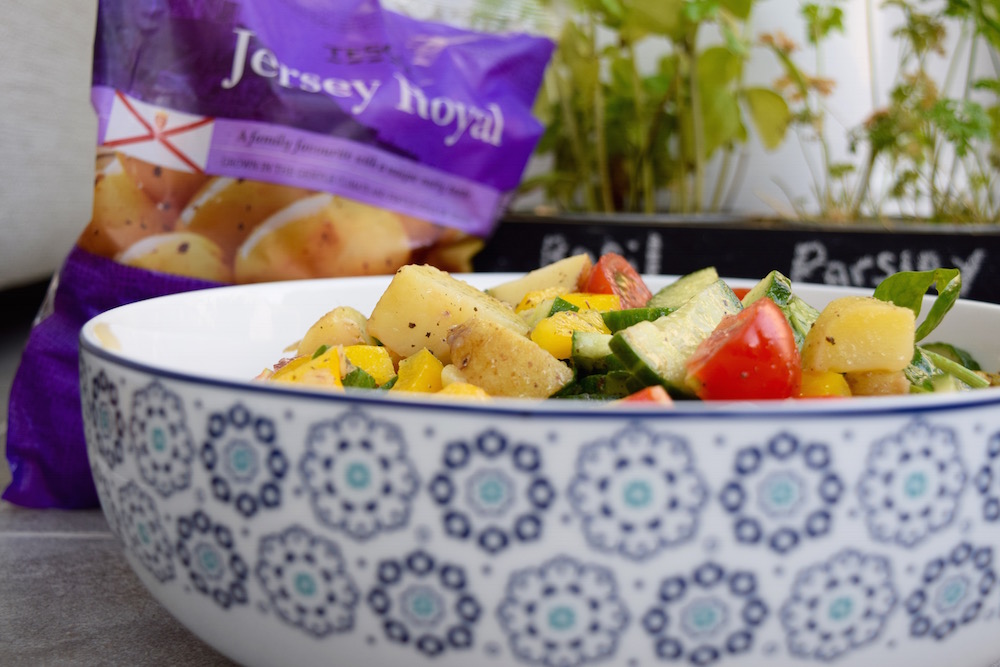 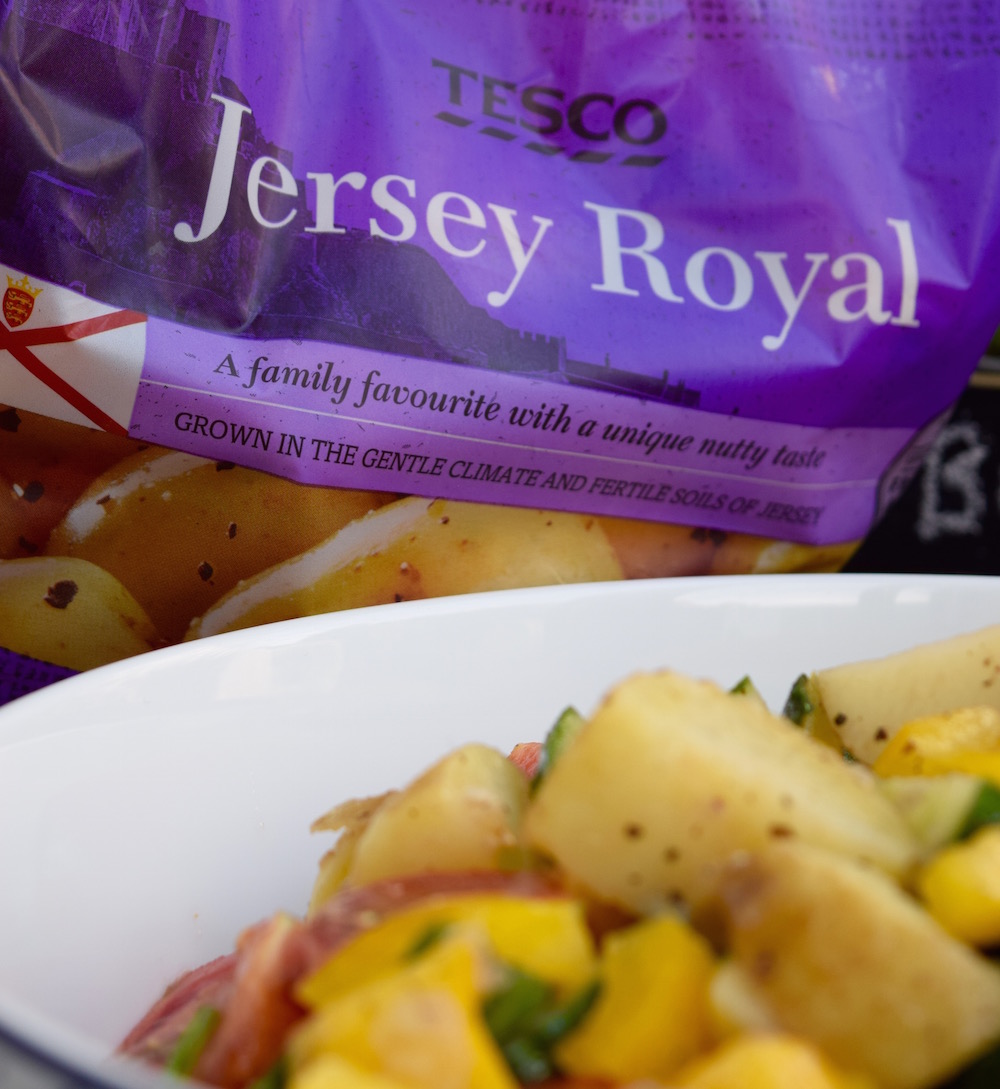 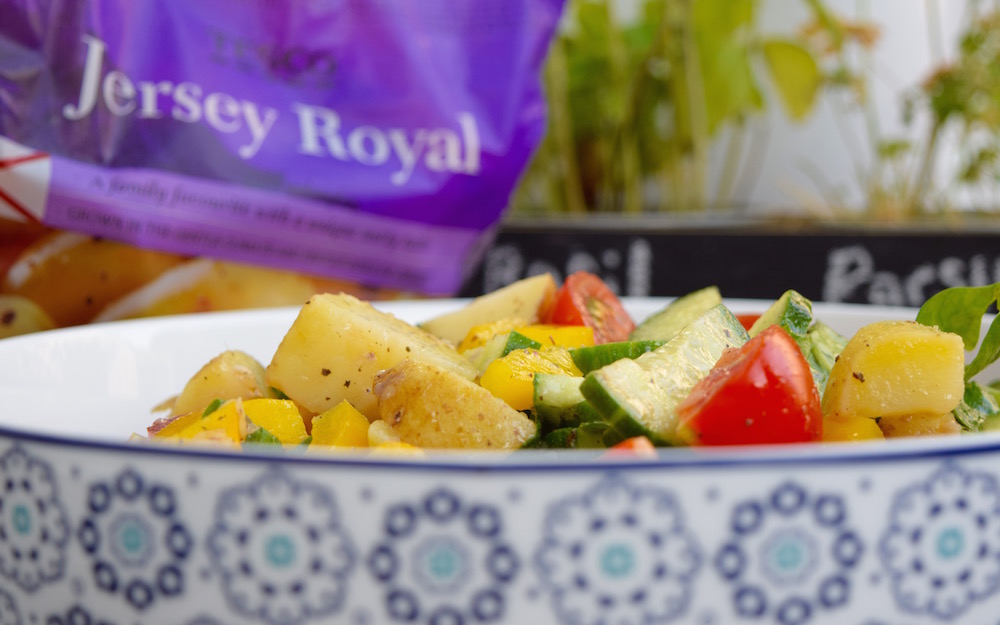 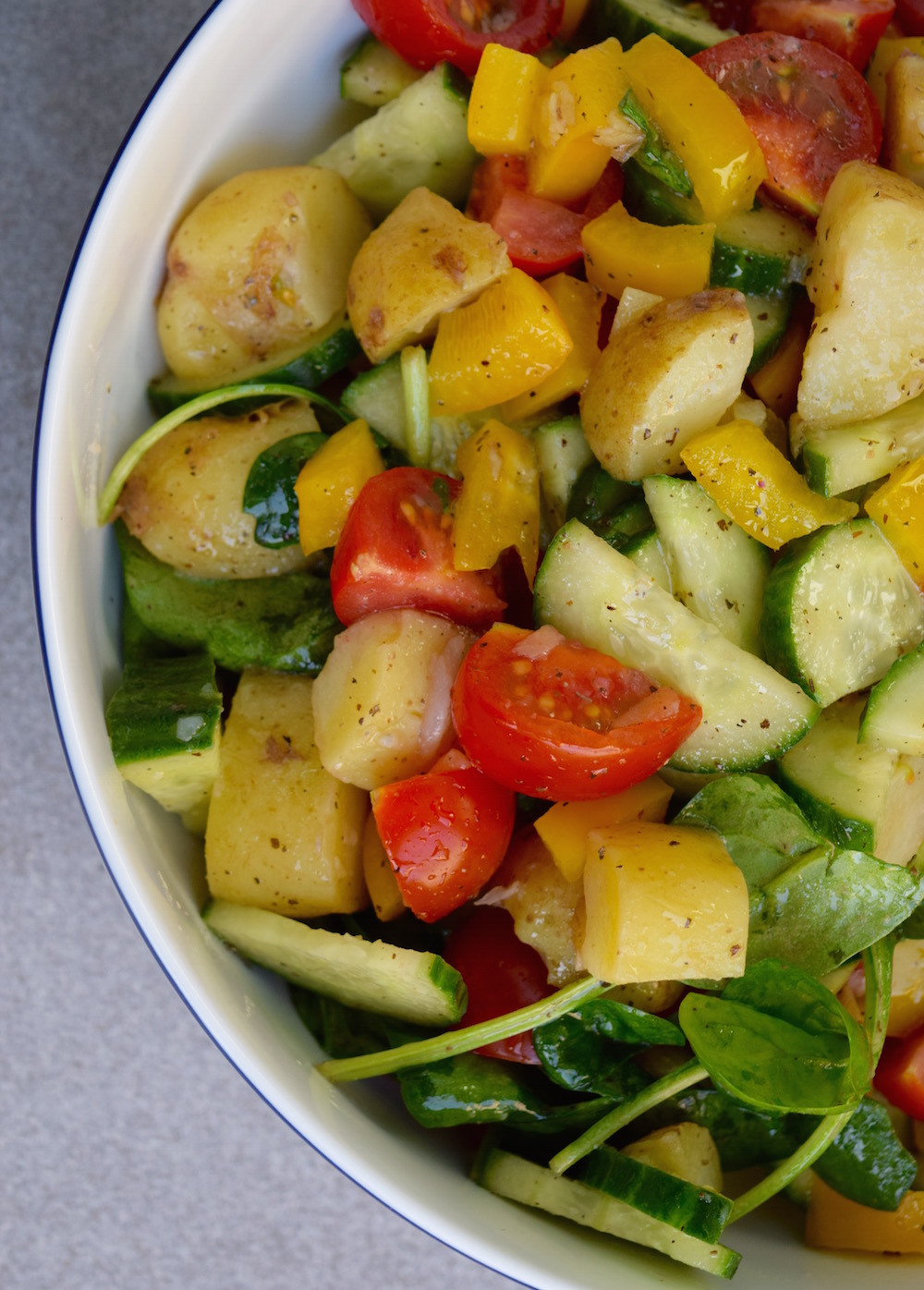 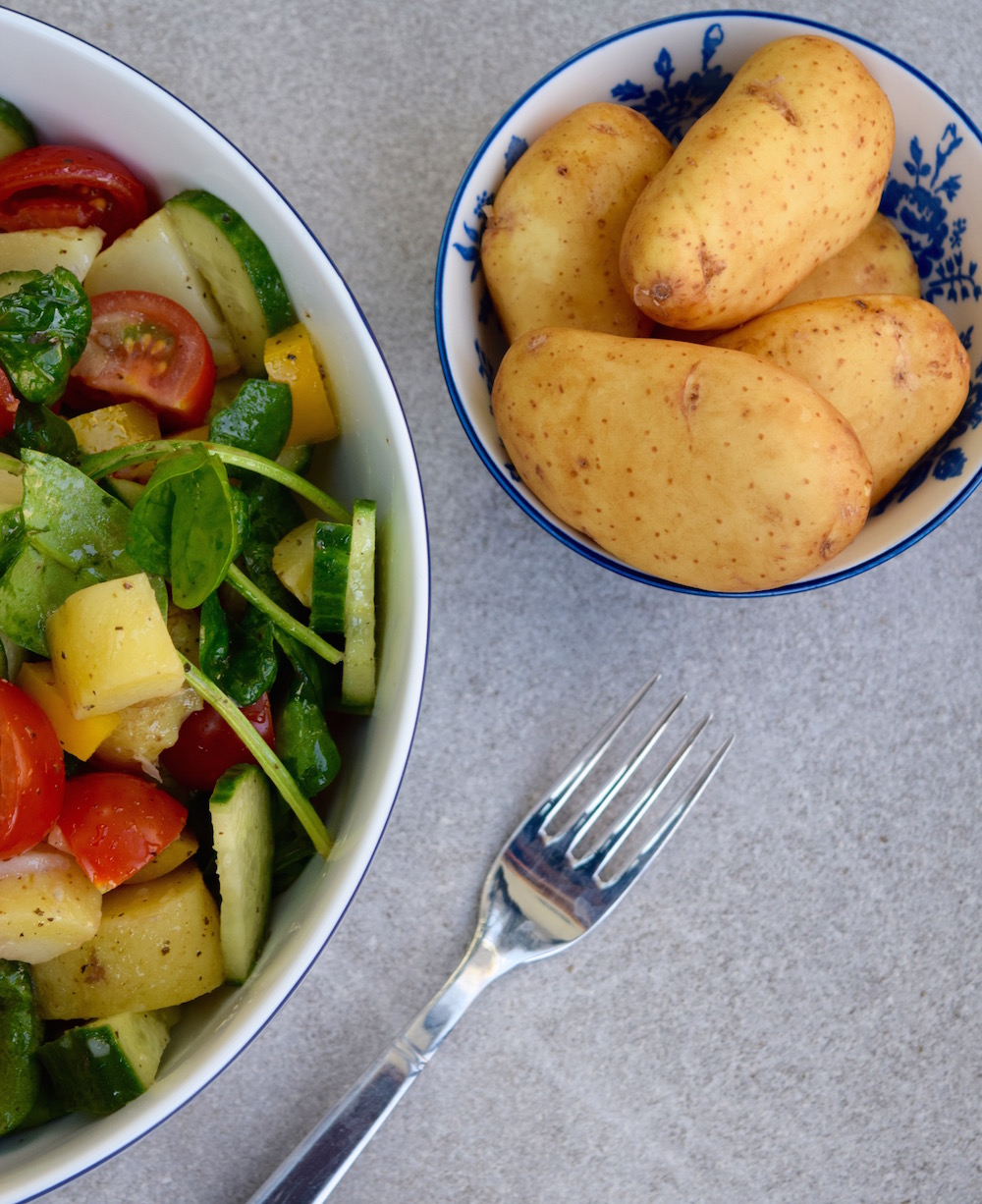 I would love to hear if you give this recipe a go! You can get Jersey Royal New Potatoes from Tesco, and they are available to buy now, until around July, depending on stock. Such a bargain price and a tasty way to feed the family.

*post in collaboration – but all opinions are my own.