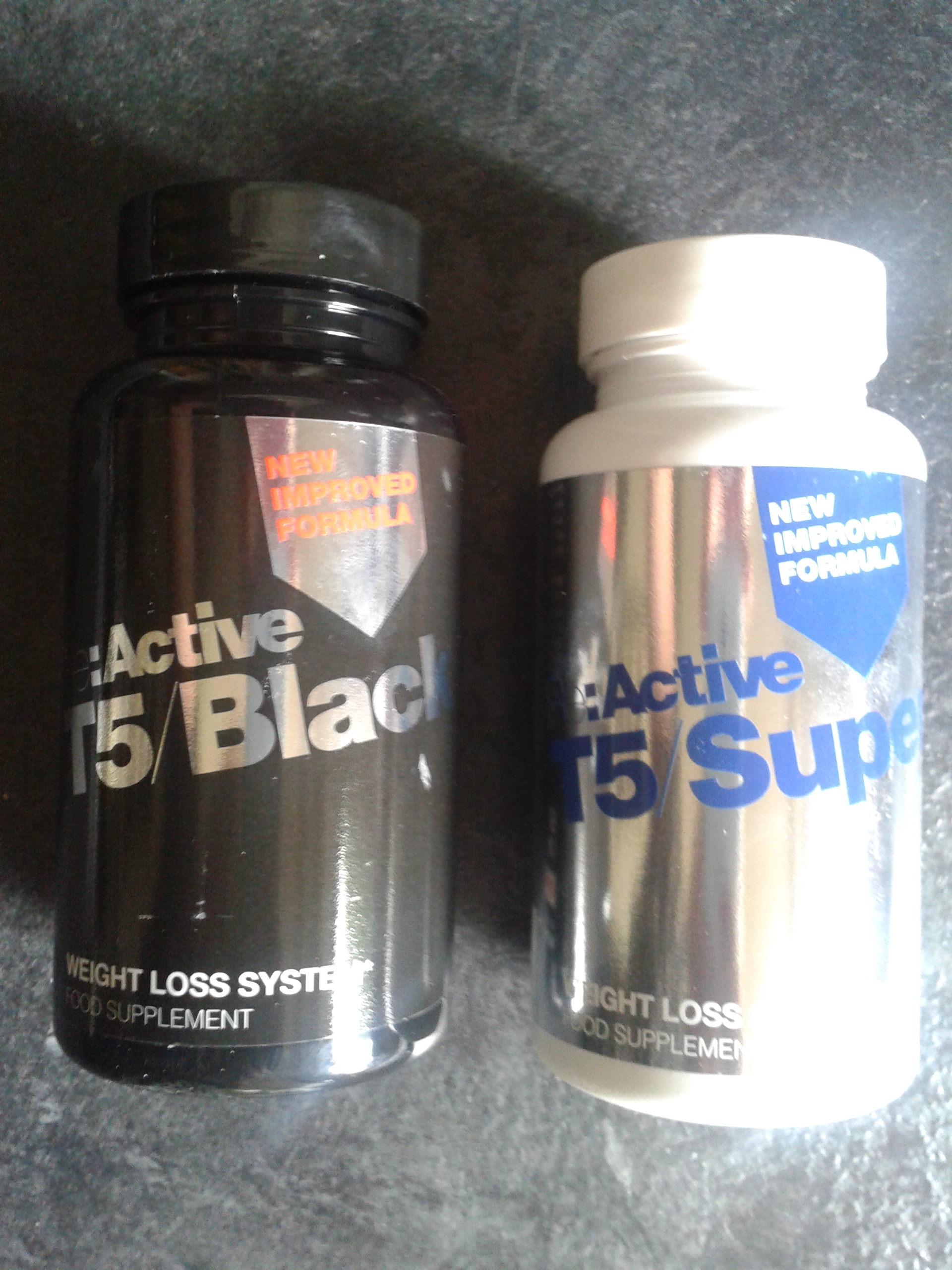 For those of you that don’t know, I used to work in health and fitness and teach classes such as spin and circuits. So, since having my two children, I have obviously wanted to lose weight and get back into fitness again. I know what I should be doing, it’s just hard sometimes actually doing it.

I was given the opportunity to review some T5 Re:Active dieting supplements from DesirableBody.co.uk, so I of course jumped at the chance. Stupidly though I didn’t think about the whole still breastfeeding thing and they’re not really recommended if you are. So I will be saving some for when I’ve stopped. I did give some to a friend however and she had a glowing report for them.

On the label they say that they help you to lose 3-4lbs a week, if you are eating healthily and exercising, which she was. It wasn’t consistently 3 or 4 lbs a week but she always lost at least 2 – 3lbs a week. She took the supplement every day for a month. Not bad going at all! It works by supressing your appetite so you snack less – it will be perfect for me when I can try them, snacking is my downfall. They aren’t regular diet pills as they use natural ingredients so you know you’re not filling your body with many chemicals (though they do include caffeine).

The cost for a month supply is £19.95 (cheaper if you are buying a few packs). I don’t think that that is a bad price at all, particularly because I know someone that it has worked for.

When you order the supplements you get given a diet plan called ‘The Indulgent Diet’ which I did follow and it was really good. It is an eating clean plan and includes snacks such a celery and cream cheese boats and a guilt-free chocolate mousse. Other recipes were porridge with blueberries, green smoothies and falafel. It had a variety of foods and I really enjoyed it (plus losing a few pounds always helps). Quite a few of the suggestions are straightforward to make but some do have a little recipe included which is great. To say that that is included in what you get also justifies the price. I know I do better when I am just told what to eat by someone rather than having to think up what I should be eating.

I am looking forward to trying these in a couple of months and they obviously do work (though I do know that you should be exercising and eating well for them to work at their best).