I am a fan of the books by Lauren Weisberger for quite a few years now. I  must admit though it was only after the film ‘The Devil Wears Prada’ that I got into them. I 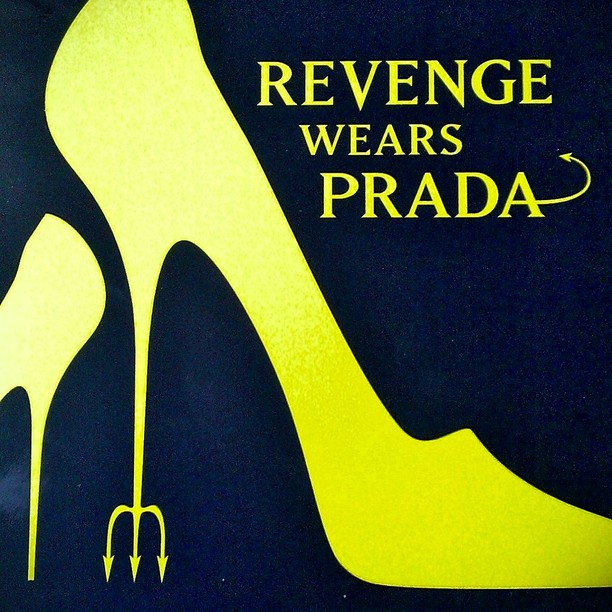 watched the film and then thought I would read the book, which I know should never normally be done that way round, but hey, it worked. I then got into one of her other books ‘Chasing Harry Winston’ and got her other two ready to read. I hadn’t heard Lauren’s name for a while so naturally thought that that was it from her. Fair enough. So I was thrilled when I saw Weisberger doing an interview saying that she was back with the sequel of ‘The Devil…’ and it is called ‘Revenge Wears Prada’.

I ordered it straight away and basically read it within a week. For those that know me, I means that I really liked it! Some books I have a hard time getting in to and reading them can be quite a long process. But if I love it, I will make time to fit it in. I also think that it is credit to the author as I basically, couldn’t put it down.

It revisits Andy 10 years after the ‘Runway’ year. Still set in NYC, Andy is about to get married and has a successful business with former arch-nemesis Emily. It is written really well in that all the blanks are filled in for you in what was happened in those years and the book keeps moving from present day, to something that happened to Andy and back to present day again, so you really get to know Andy again and all the new people in her life. Plus, all the details of why her and Emily are best friends after their differences at Runway. Sometimes I felt I could really relate to Andy with some of the things that happen in her life but other times she can be very stubborn. Appreciate what ya got girl!

Of course, the devil herself, Miranda Priestly, is featured (not as heavily as I thought she might be, I might add), but she still plays a role in causing havoc with Andy’s life (and emotions).

There are a few twists and turns that keep you engaged and I definitely didn’t see the end happening. At all. It also wasn’t how I wanted it to end if I am honest, but that is probably a good thing (without giving too much of the book away, I am just soppy with books and want everything to be sunshine and rainbows). There are still lots of fabulous people and designers featured. I also loved hearing the details of the swish apartments and decor, the life of running a magazine in NYC and of course the lovely clothes, parties and shoes. Definitely a girly read.

I would recommend this to anyone that loved the film or the first book, loves fashion, journalism or NYC. I give ‘revenge Wears Prada’  4/5

Have you read any of the books? What do you think to them?