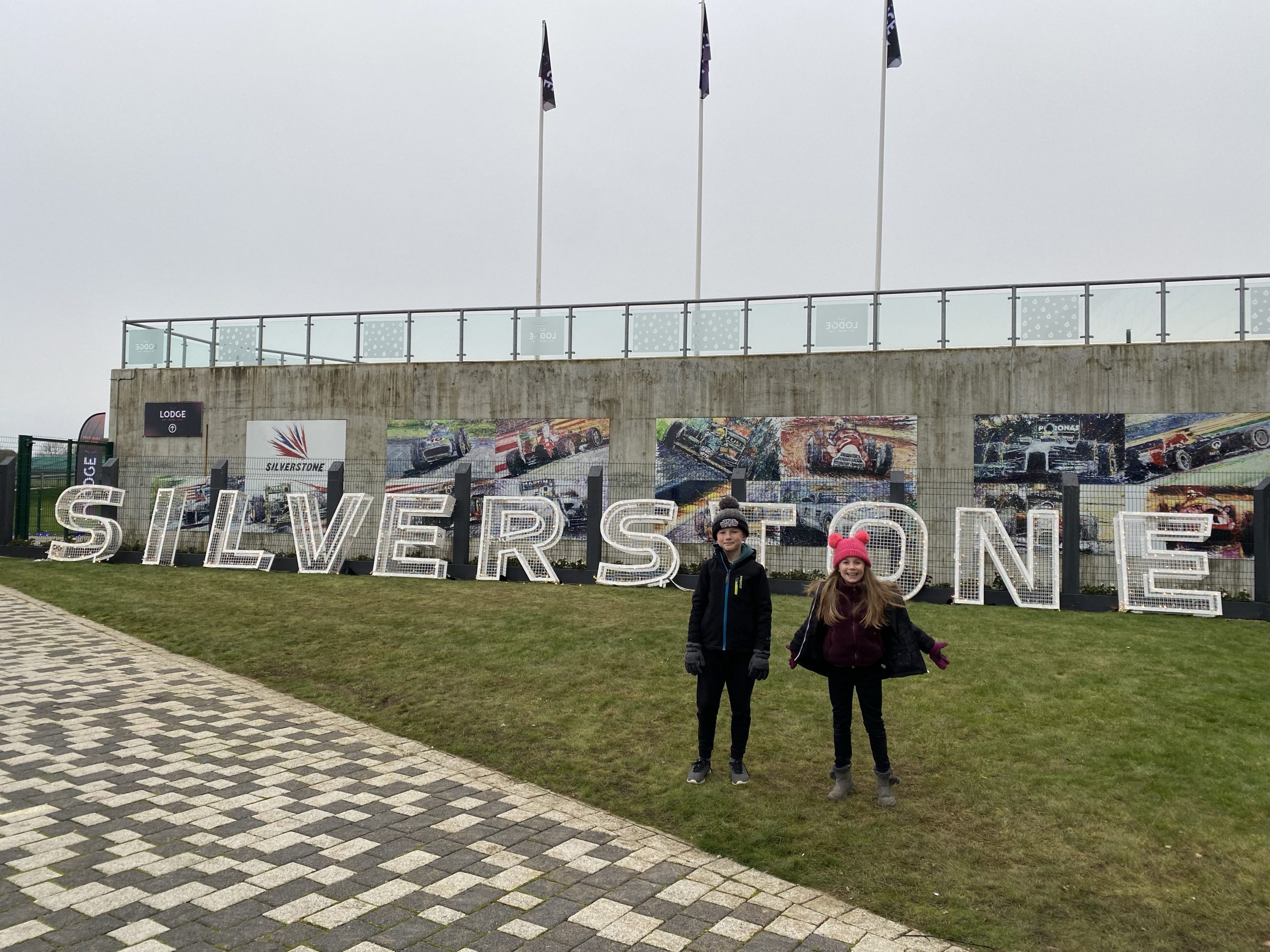 It isn’t too often that you get to cross something off your bucket list, but just over a week ago we got to do just that. Whether you are a motorsport fan or not, getting to drive on the track at the home of the British Grand Prix, Silverstone, is something that I think many people dream of. Throw in some festive magic and you’ve got an amazing experience for all of the family to enjoy.

Lap of Lights at Silverstone

The Lap of Lights at Silverstone is something that has only started in recent years, but it is a great way to get into the festive spirit. The main event is the lap that you take on the actual racecourse itself, which is after dark, and all set up to follow Santa’s route around the world, with, as the name suggests, lights on display to add to the magic. With music that you can tune into from your car radio, lasers, lights, sparkles, there is a lot to take in and to enjoy. We got extra lucky when we visited as there was actual snow too! It really helped to make it all much more magical.

Although you’re not driving at high speeds around the track, you still get to take it all in and realise just how big the track is. Not only that, but how wide the track is too. You drive past the starting line up where the lights are and the markings on the floor for the Formula One drivers, as well as the podium where the top three get their trophies at the end of the race. Having never been there before, it was really fun to see, drive on, and take it all in.

The Lodge and Ice Skating

The ticket price for the lap of lights is just for the lap itself, and does include entry to The Lodge. This is where you can get food and drink before or after your lap, and just enjoy the festive music and atmosphere. At The Lodge, there are some other things to enjoy too for an additional fee, such as axe throwing and curling (the axe throwing is not for the kids, obvs). This was really fun and another way to make the time that you spend there longer and more festive and wintery, if that makes any sense?!

One of the other main attractions that you can do at Silverstone for an additional fee is ice skating. At 8 months pregnant it was not something I was able to do, but Mr U took the children ice skating and they had a really good time. The coolest part for me is that the ice skating track is literally in what is normally the pit lanes of the racetrack. You can see where drivers would pull in and it was in the garage areas of the pit lanes where you normally see the driving teams, the drivers, and the cars, getting ready before a race.

The fact that you get to be there, where so many others have been, really added to the magic of it. If you’re not a motorsport fan, then it might not have such a magical appeal to you. However, racing fan or not, having fun ice skating with the family and then getting to do the lap of lights is going to be enjoyable for people of all ages. I was so impressed with it all, how clear the layout was and so you knew exactly where to be and when. It was really well put together and it is definitely something that I would want to do again and again each year, making it a tradition at Christmas.

The tickets for the lap of lights start from £30, but it does depend on availability and your time slot and day of the week. Weekends are likely to cost more. I do think that you get value for money, as the lap itself is about an hour, plus you can enjoy time in the lodge and go ice skating, you can really make an afternoon and evening out of it.

Have you ever been to Silverstone before? Do you think that this is something that you would enjoy? It would be great to hear what you think.

*this post is part of a review for the Silverstone Lap of Lights, but all words and opinions are my own.