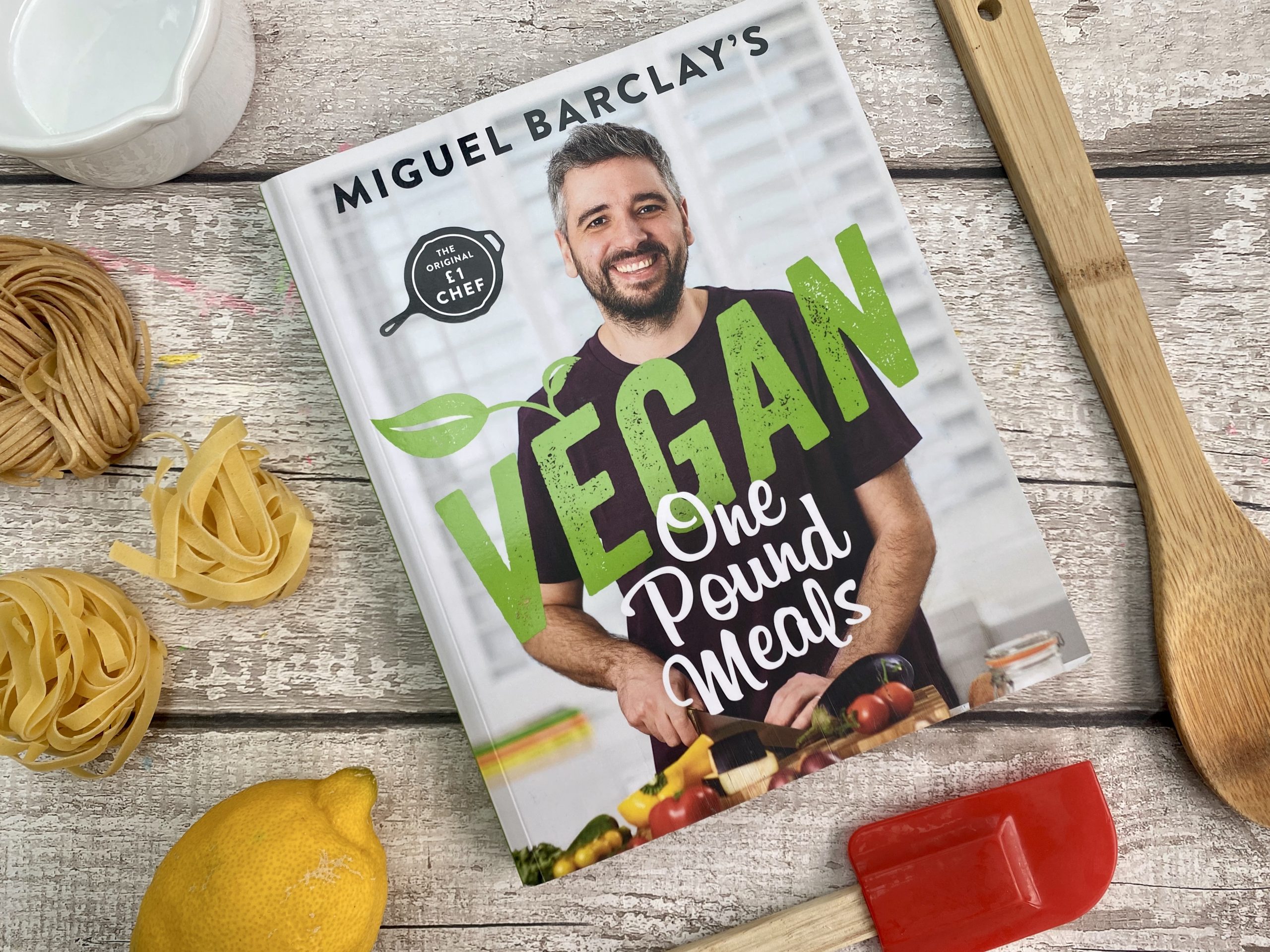 I love getting new cookbooks. I am definitely the kind of person that cooks a different thing every night, and likes to try new meal ideas. So when I saw Miguel Barclay being interviewed on ‘Football Going Vegan’ on the BBC, of all things, I really wanted to give it a try. In fact, my husband was one of the ones that liked the sound of the recipe that he made with JJ on the show, tagliatelle with a creamy cauliflower sauce. So I pretty much ordered his book right away.

Now this isn’t Barclay’s first or only cookbook; he has several. The main theme with them is that they are all cheap was to cook, but with proper food, filling you up, and being healthy. We are about 80% vegan in our house (I’m vegetarian the rest of the time, but husband and children eat meat or fish occasionally), and bizarrely, something that I have people ask me is if being vegan is expensive.

If you are going to bak, make your own vegan chocolate from scratch, and cook a whole range of superfood meals, then yes, buying spirulina, wheatgrass, and chia seeds could all add up especially when buying all at once. However, for everyday meals, vegan food is the cheapest! Rice? Beans? Vegetables? All cheap, cheap, cheap!

So what are the £1 meals like in the book, and is it worth buying?

I have been really impressed with the book so far. There are images with each recipe which is always helpful, and gives you an idea of what something should look like. Each recipe is laid out for one serving, which I think is really helpful. Some of the time I am the only one eating vegan in our house, so it helps me to not make too much. Plus, you can just double up or triple up, if there are more of you.

Much like Jamie Oliver, Miguel has a relaxed approach to portions. Some of the recipes I have tried are things like ‘a few green beans,’ for example. So you can choose how many you want, which is helpful; you can just go with what you have and what you like.

The range of recipes is great, and the majority of them need only a handful of ingredients. If you take out things like olive oil, pepper, and salt, then there are usually only four or five ingredients in each recipe. So for being on a budget it is really helpful, as well as when you’re trying to use up what you have in your food cupboards.

I definitely think that it is helpful for people wanting to eat well and eat on a budget.

It is a great starter book for getting into vegan food, without being pretentious. It isn’t preachy at all, as some vegan cookbooks can be. It is just about eating good food, that you can cook cheaply, and that just happen to not contain any animal products. For £11.99 on Amazon, I think that you can’ go far wrong!

Have you heard of Miguel Barclay and any of his £1 cookbooks before? It would be great to hear hear what you think.

*this is NOT a collaborative post – I bought this book myself, and just thought that I would share my views on it as I have enjoyed it so much.