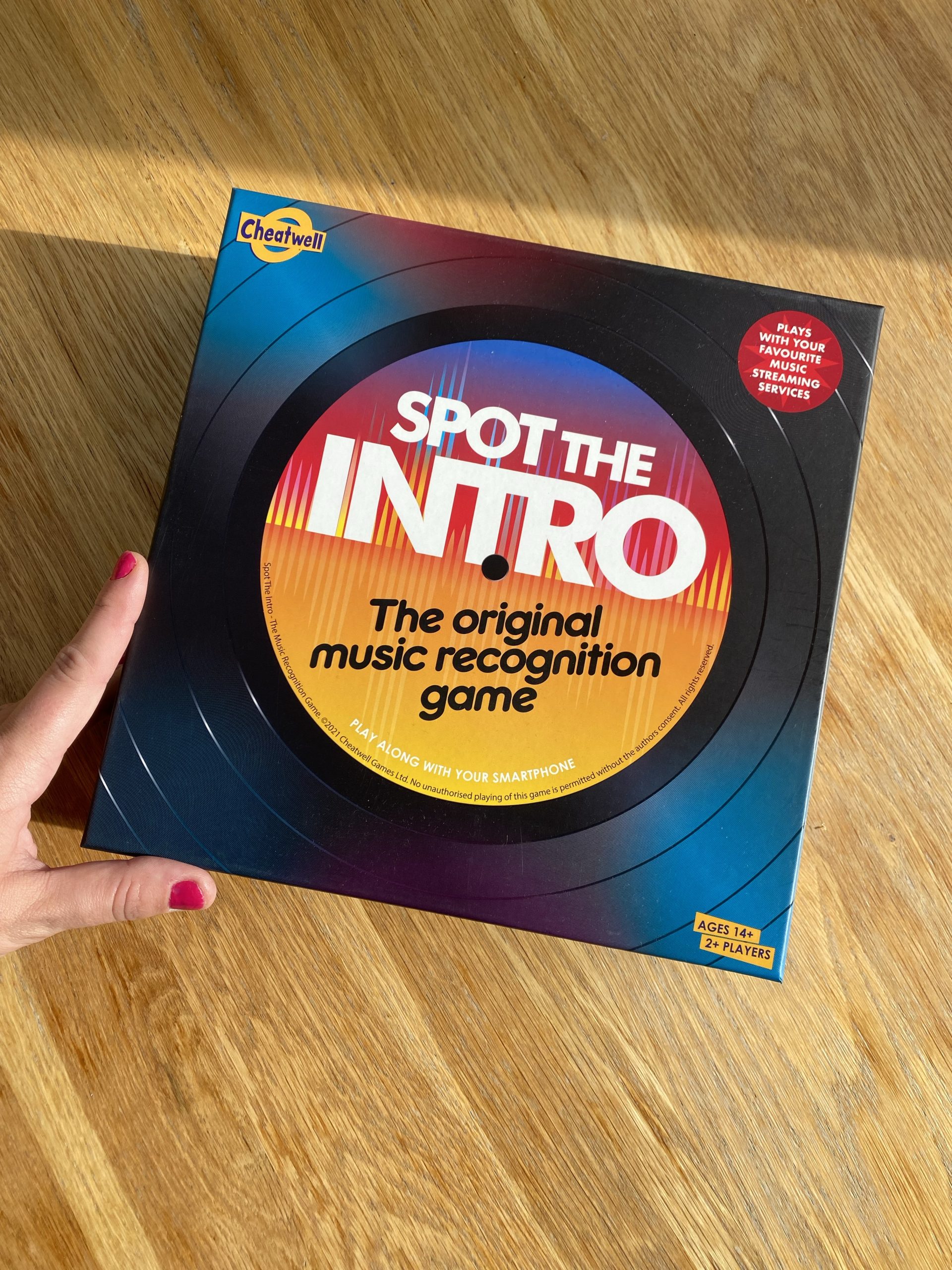 The festive season is nearly upon us, and one thing that I love to do when we have the family all together at Christmas and New Year’s Eve is playing board games. The usual games can be Monopoly and Settlers of Catan, depending on how competitive we are feeling, so it has been fun to try something new that will work for us.

Spot the Intro is a new game from Cheatwell Games, and the concept of it is kind of in the title. It is a music game, much like the TV show, The Hit List, where you get a little intro to a song and have ten seconds to guess what the song and artist is. It is a game that says suitable for ages 14 and up. While the concept is pretty straightforward for younger children and there’s nothing inappropriate, unless they’re music gurus, they simply wouldn’t know any of the answers. So this will be our game to play during the festivities when the kids have gone to bed.

The game features different categories, which are chosen as you work your way around the board. There are mystery songs, songs from the last six decades, and more! It is really cool how it works, as the songs are scanned using a QR code, and you play them straight from your phone. You could play on Spotify or YouTube, or whatever your favourite music streaming service is. There are also bonus questions for each song to add in some extra fun and competition to the game. It is quick and easy to get started, doesn’t take long to learn how to play, and really lets out your competitive side.

Having a mixed team, with multi-generations, will be the best way to win, I think. You only need two teams, minimum, but you could play this with as many or as few people as you’d like; a real party game.

It has been so much fun to play, and it is fun that you can dip in and out of it.

You know with a game like Monopoly that you’re going to be there for quite a while, but if you only have a little time, this can be a good option. It definitely gets you in the mood to dance and mood to party (as well as a little competitive – or is that just me)?!

Spot the Intro is currently only £13.74 on Amazon, which is such a bargain. When you think about it for the price per play, you’d definitely get your money’s worth. It would be a great addition for a family gift this Christmas, or something fun for family members or the teenagers in your life. Definitely something a little different, but definitely lots of fun.

Have you heard of this game before? It would be great to hear what you think.

*the board game was gifted in exchange for an honest review. All opinions are my own.