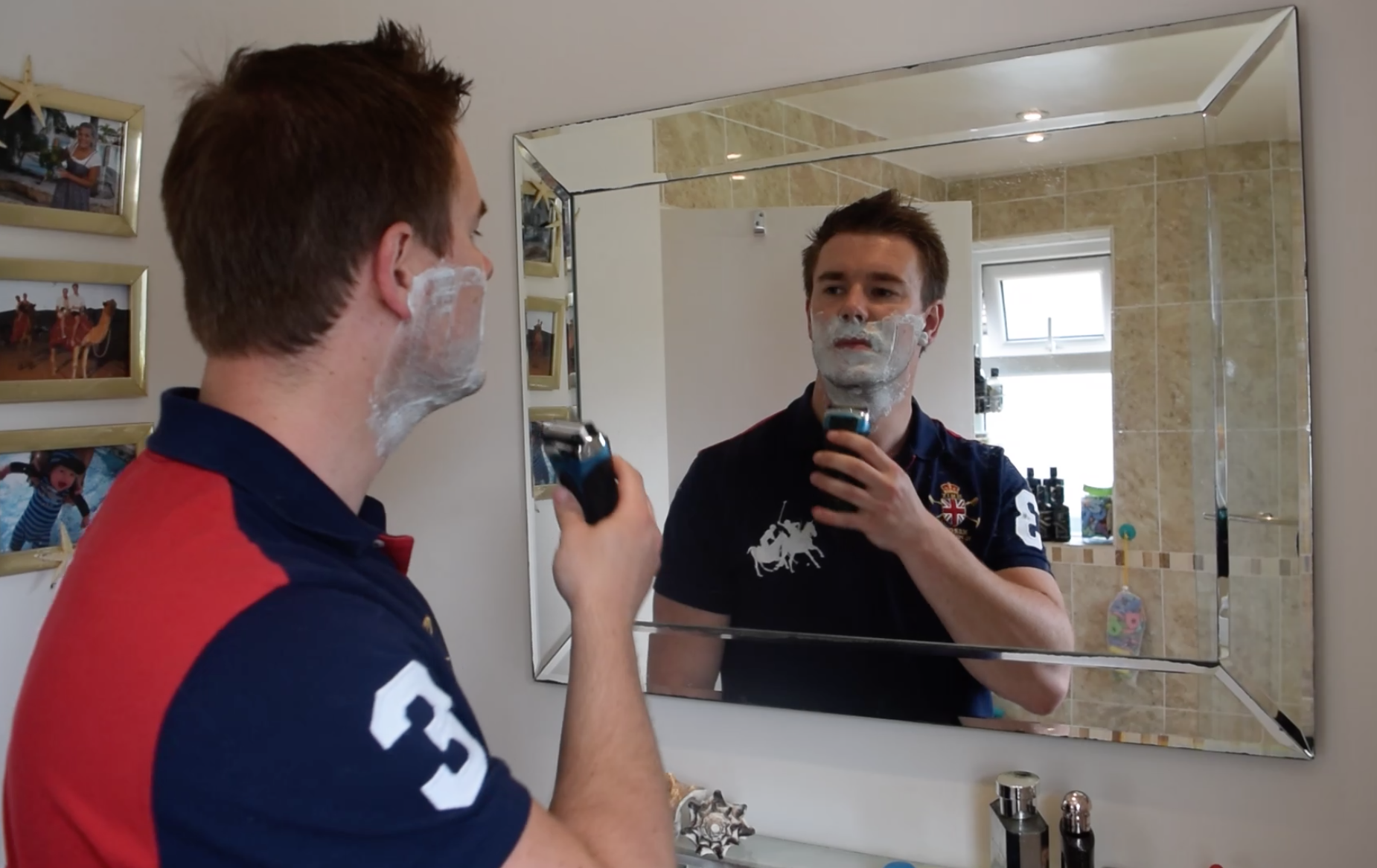 If you didn’t know (though I’m sure you do), it is Father’s Day on Sunday. One of the things that quite often gets suggested as an idea for a gift, is a razor or beard trimmer. It is kind of a go-to gift idea, but is it actually worth getting as a gift?

Mr U has been trying asked to review the Braun 3 Series razor so he has been testing it out. He is someone that likes to shave regularly. He’s often tried to grow a beard just to see what it looks like but he just can’t! After a couple of days he just has to shave. So we are use to a bit of a spike face occasionally but not very often. The kids love to hate getting chin pie (is that a thing in anyone else’s family)? But much prefer when he has a smooth and soft face.

After trying it all out, we have a big thumbs up from Mr U. It is quick and easy to use, plus it can be used in the shower. So if it is good to make a morning speedy and quick. He thinks that it is as good of a shave as a ‘regular’ razor and is pretty pleased with it. It charges quickly and lasts for a while. Always a plus if you have a memory likely hubs! The design is sleek and stylish and it is surprisingly lightweight. He and I both think that it is good value for money, as it is well made and does the job that it needs to really well.

The results have always been a super soft shave, with plenty of soft kisses for the kids. We are most certainly #TeamSoft in our house!

You can buy the Series 3 razor from Amazon and Boots.

Have a look at the video that we created with Mumsnet, as well as a few lovely bloggers and their other halves. You can read their blogs here:

Are your family #TeamSoft or #TeamTickly? Hope you all have a lovely weekend 🙂