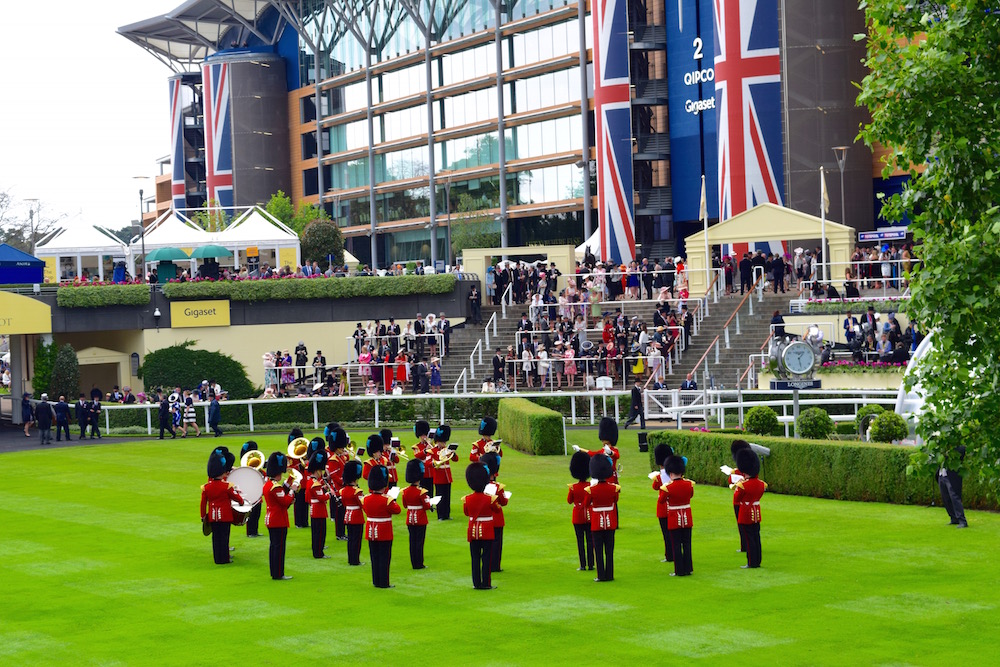 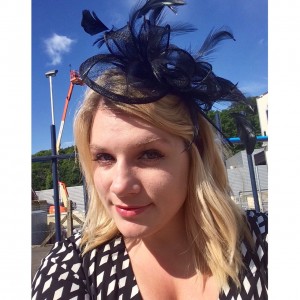 The husband and I were invited to Royal Ascot last week, by the official soft drinks sponsor Appetiser. It was super fun and fancy. It is something that I have never been to before (to the races in general, let alone Royal Ascot)…! So it was fun to get a little dressed up and enjoy a child-free day just the two of us.

The tickets we had were for the Queen Anne enclosure so there was a dress code in place. It did make me wonder where these traditions came from. You had to have a certain sized fascinator and no strappy dresses etc. It was funny to read. Though not as fancy as the Royal enclosure. I think it would have been interesting to see Mr U in a top hat!

We got the train there as the racecourse is super close to the station. SO many people were on the train; it was rammed with people all dressed up to the nines! I loved seeing all of the different kind of hats and fascinators. I think I want to get a new one for every wedding or event that I attend 😉

The racecourse itself was amazing. Really large and full of fancy people. There are so many different viewing platforms and areas. You can go indoors or outdoors, high or low. So you’ll get all different views. Then the betting areas are right by the actual course, so you can ‘shop’ around and see what the best odds are. I literally don’t have a clue about horse racing, though. I never picked a winner! My grandad use to love horse racing so I was imagining him there and what he might have chosen. 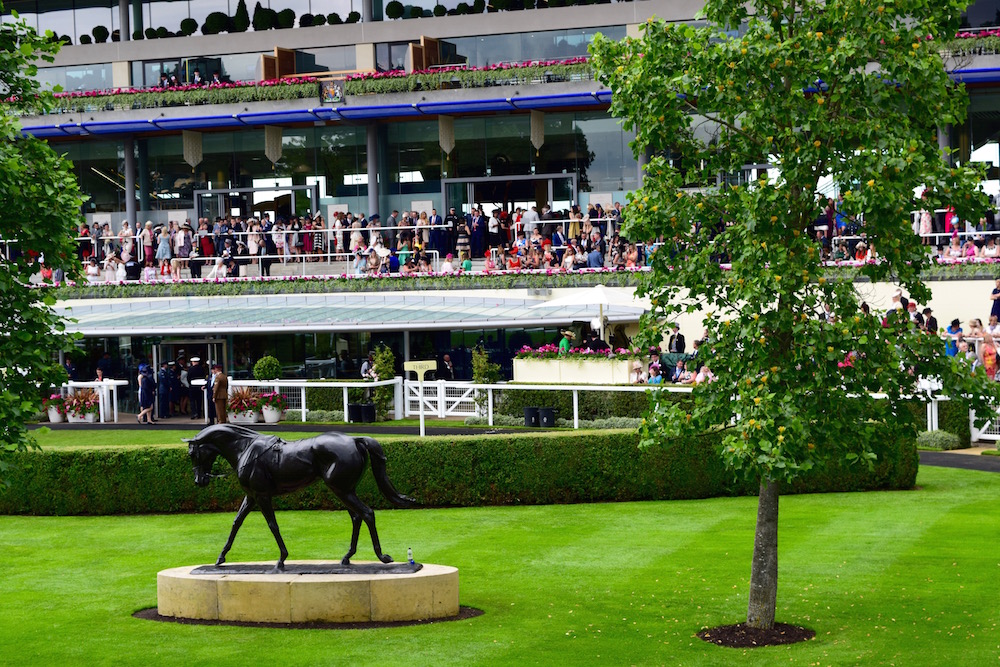 One of the highlights of the day was seeing the Queen at the races. She had a horse in the last race of the day. It’s obviously just been her 90th birthday so it was a privilege to see her in her 90th year. I am a bit of a royalist (wish the Duchess of Cambridge had been there – my fave) and I love anything patriotic. So the national anthem playing as the Queen went by in a horse and carriage was pretty epic. I love being British, and Royal Ascot is pretty much as British as it comes (for the pomp and circumstance as well as all of the people getting drunk haha).

The races themselves were great to watch and the horses are so stunning. Like I said, I never picked a winner (the favourites never won)?! It was an experience all the same. have you ever been?