We had a Fisher Price Rainforest Jumperoo when Max was born and we loved it. Really kept his attention, he enjoyed all the toys on it and of course, the jumping. I would just crack up laughing at just how quick he would end up jumping around. We starting using it with Chloe too and she really liked it too (plus, it seemed she would regularly wear herself out with all the jumping and fall asleep in it regularly. When I was offered the chance to review a new Space Saver Jumperoo I was really pleased. My kids loved their original Jumperoo but goodness me, it takes up a lot of space.

The original doesn’t only take up a lot of floor space but it takes up a lot of space when it is dismantled. When we had it stored in our loft, there were clunky bits everywhere as it doesn’t break up very small. I was thrilled when this new one arrived in a relatively compact box that was pretty thin too. It folds up really small and dismantles into smaller pieces so storage is much easier. 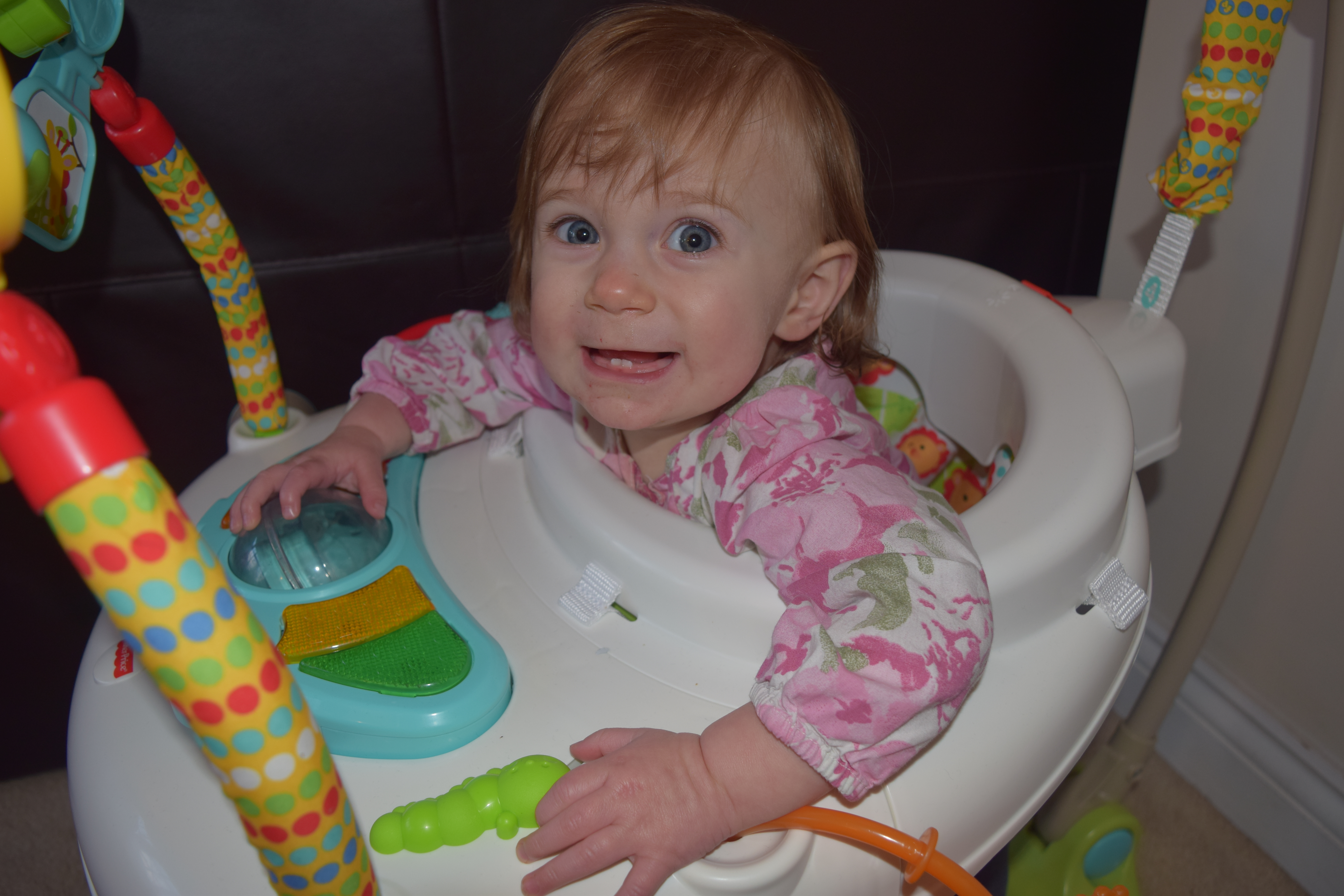 It has fewer ‘stations’ and toys than the other jumperoo and one negative, for me, is that the chair doesn’t turn around like the other one. Though this isn’t essential, I think its nice that they can move themselves around to the other toys and see different spaces in the room. There was enough to keep Chloe occupied but I think it could do with something else on it – they tray seemed a little empty, if that makes sense.

The other thing that I was slightly disappointed with, is the fact that there is only one spring, at the back. So, they can bounce up and down but it is not like the other ones I have used before. While how it works is perfectly fine, I’m just comparing it to the other one and think that the three springs work better, for jumping anyway. A lot of the features are the same though such as adjustable spring, musical buttons and attached teethers. 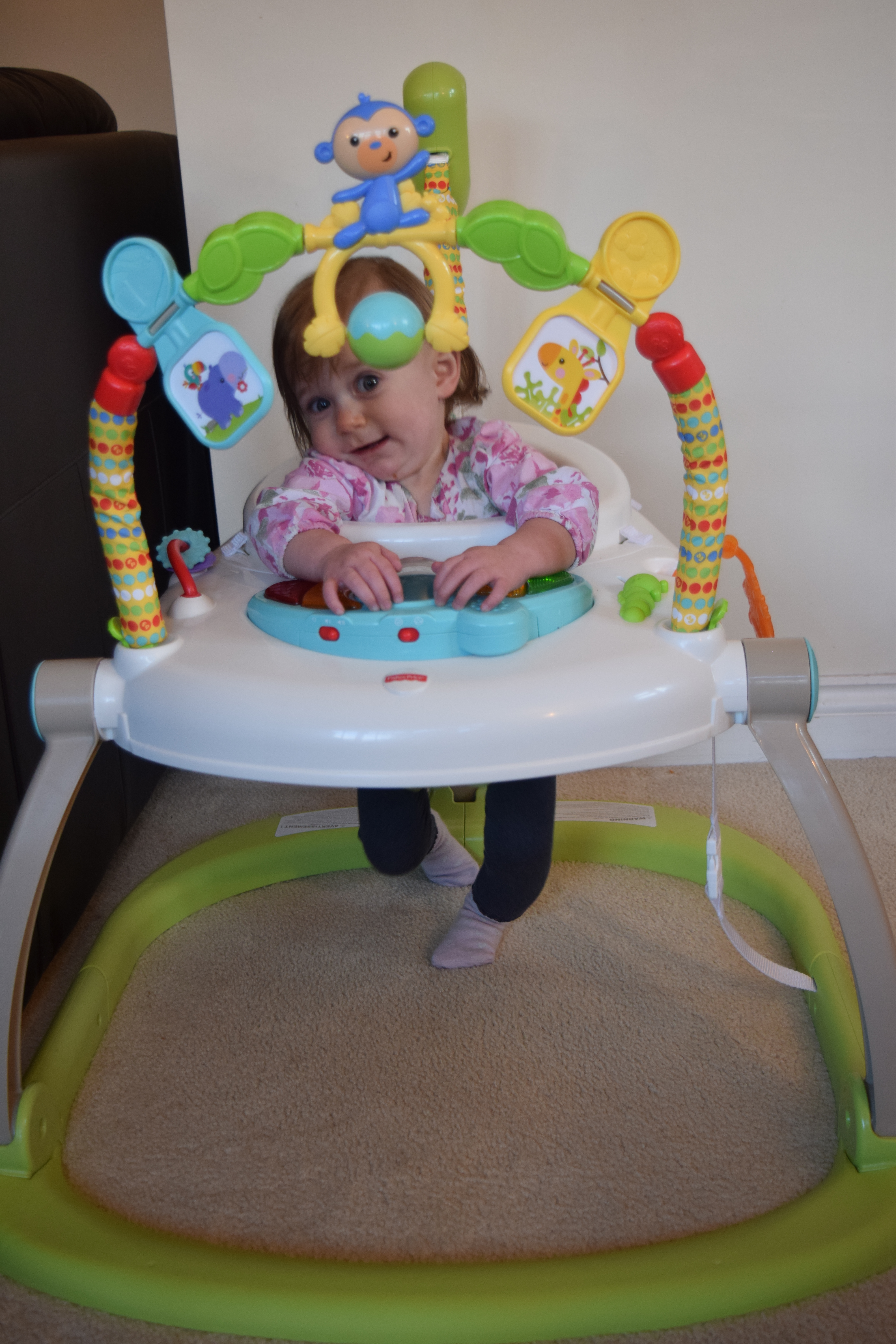 All in all, the space saver jumperoo is cheaper, takes up less space and it folds flat so it stores a lot easier. I would recommend it if you’ve never had a jumperoo before, you’re little one would love it. However, if you have one of the larger old style jumperoo’s, I probably wouldn’t recommend going out to get one of these just yet, unless the fact it stores easier is really important to you. 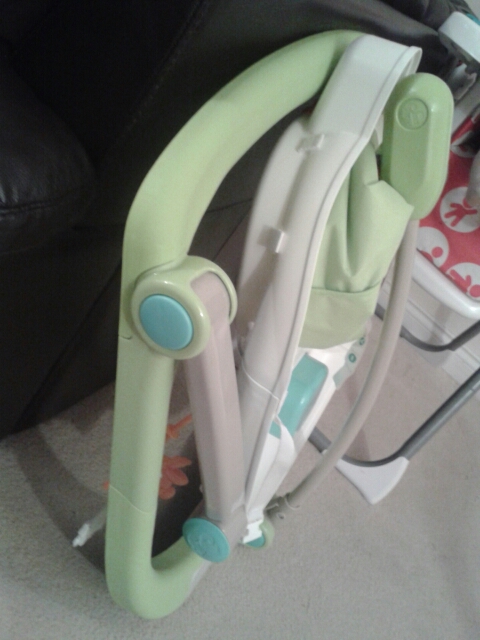 Have you used a jumperoo with the kids before?

*I was gifted the Jumperoo, in exchange for an honest review.