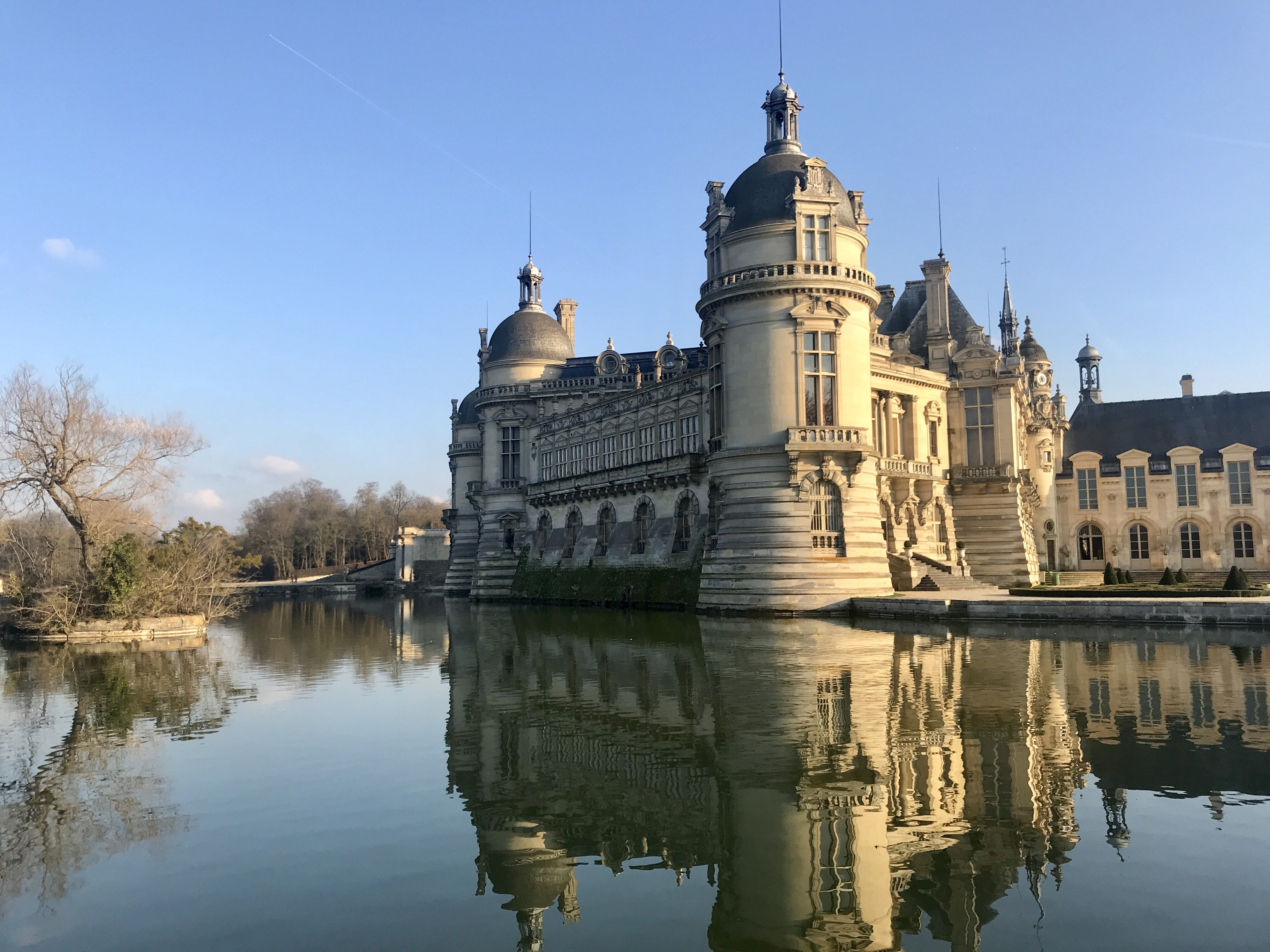 On our recent trip to France, we were mainly based around Disneyland Paris, but we had a couple of spare days that we needed to fill up. We have been into actual Paris quite a few times, and didn’t really fancy heading to somewhere like Versailles again. So we were looking for new places that weren’t too far away from where we were staying.

One of the top choices that came up was Château de Chantilly, which was an hour away from the Disney area of Paris. It is north Paris and if driving, you don’t have to go into actual Paris, so winning all round. I had heard of Chantilly before, the lace and cream right? But never been before. And after seeing some of the images of the chateau online, I was keen to go; the French really know how to build a château!

There is a cost to visiting, with a car park very close by (though we did park in the town and walked over to it). There is just the château itself, the grounds, the stables, or a ticket for all of them. The good news is that children that are seven or under are free of charge (and children up to 17 get a reduced rate).

The ticket to the château also includes an audio guide to talk you through as you go around, and there are audio guides specifically for children, which I thought was brilliant. They loved finding the sign in each of the rooms telling them what number to press into the little gadget and then listening to a more child-friendly version of events. Even my four year old paid attention to it so that was really impressive to me. When we have visited similar places before they just get so bored and want to rush around and get outside as quick as they can, but the audio guides were really brilliant and kept their attention.

The château has France’s second largest art collection, second only to the Louvre, so it really is a fantastic place to visit to learn about French history and art through the ages; it is really untouched yet still in amazing condition.

The grounds of the château are huge and really, really stunning. Though we were visiting in the off-peak season if February, it was a lovely day. There were some water features switched off, but I imagine in the height of summer it would look even more amazing with flowers and flowing water features. There are bridges, walks, benches, a little village, and restaurant all in the grounds, so you can spend quite a while there; we were only there for an afternoon but we could have spent a lot more time.

I loved that the château was set out on water, it makes it look really striking, and it is kind of in the middle of nowhere. You drive up and then suddenly see this masterpiece; fantastic.

If you find yourself in Paris and that region, then château de Chantilly is 50km north of Paris, and I can really recommend it.

I would say it is on par with the palace of Versailles. In fact, personally I think I preferred it as it is quieter, and you can really explore the place, rather than being rushed through the busy palace heaving with tourists. We didn’t have time to see a more display or visit the stables, but as for the château and the grounds, I would completely recommend it. I’d love to spend more time there!

Have you ever ben before? It would be great to hear what you think.