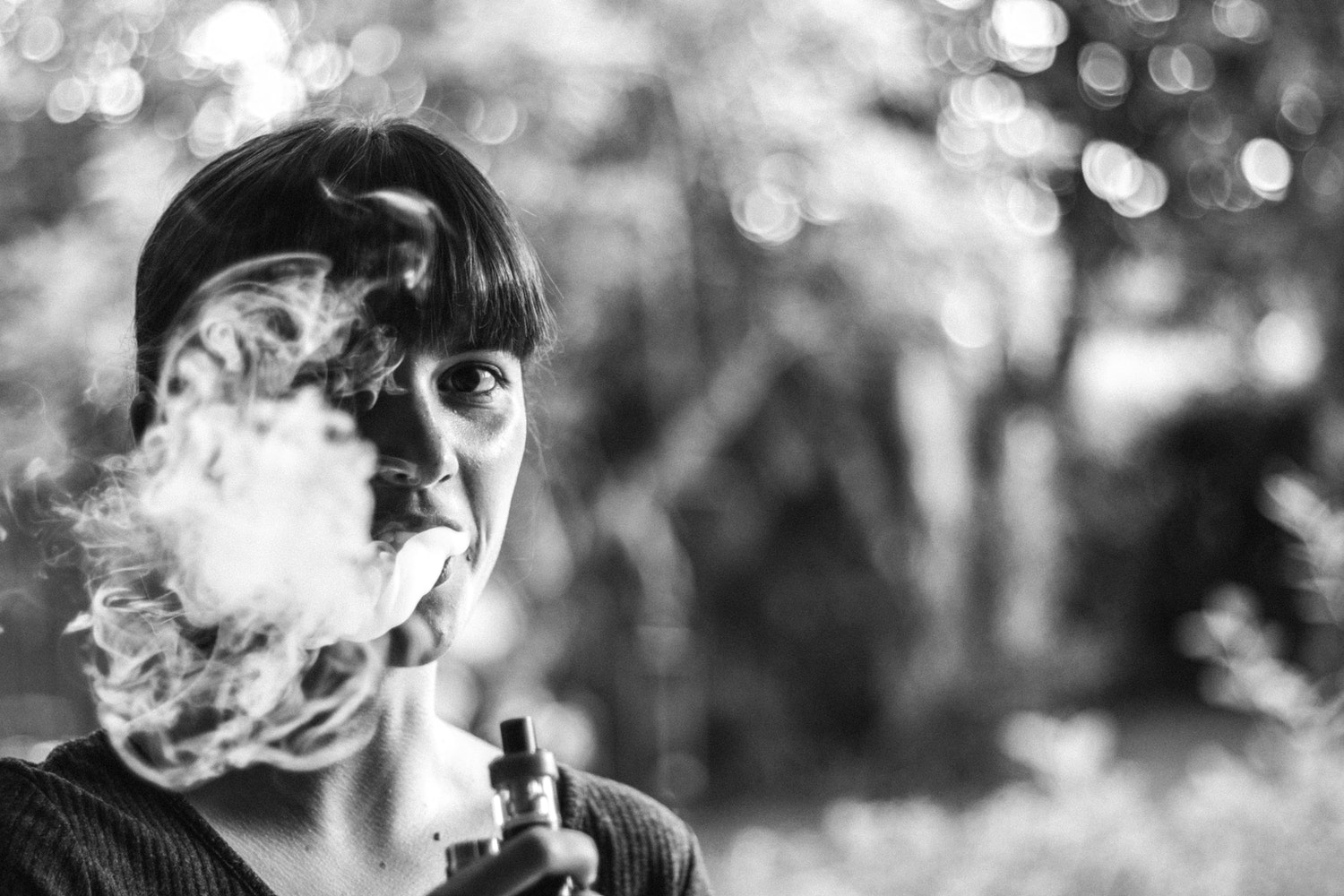 Vaping has grown massively in popularity over the past decade or so, but it’s only recently that the health benefits of making the switch from traditional cigarettes to an e-cigarette have been made apparent. In the past few years, Public Health England have carried out several studies leading to the conclusion that vaping is, in fact, around 95% safer for your health and for those around you. Those who switch from smoking cigarettes to vaping tend to be at a lower risk of the big smoking-related health conditions such as lung cancer, heart disease, and stroke to name a few.

For smokers who want to quit, this is great news since vaping provides them with a similar, healthier habit that they can use as a nicotine replacement therapy. E-liquid doesn’t contain the massive number of carcinogens found in regular tobacco and there’s the option to gradually reduce how much nicotine you use, making quitting at one’s own pace easier than ever before. If you’re considering giving vaping a try but aren’t sure whether or not it will be beneficial for you, read on for some of the biggest reasons more and more people are making the switch. 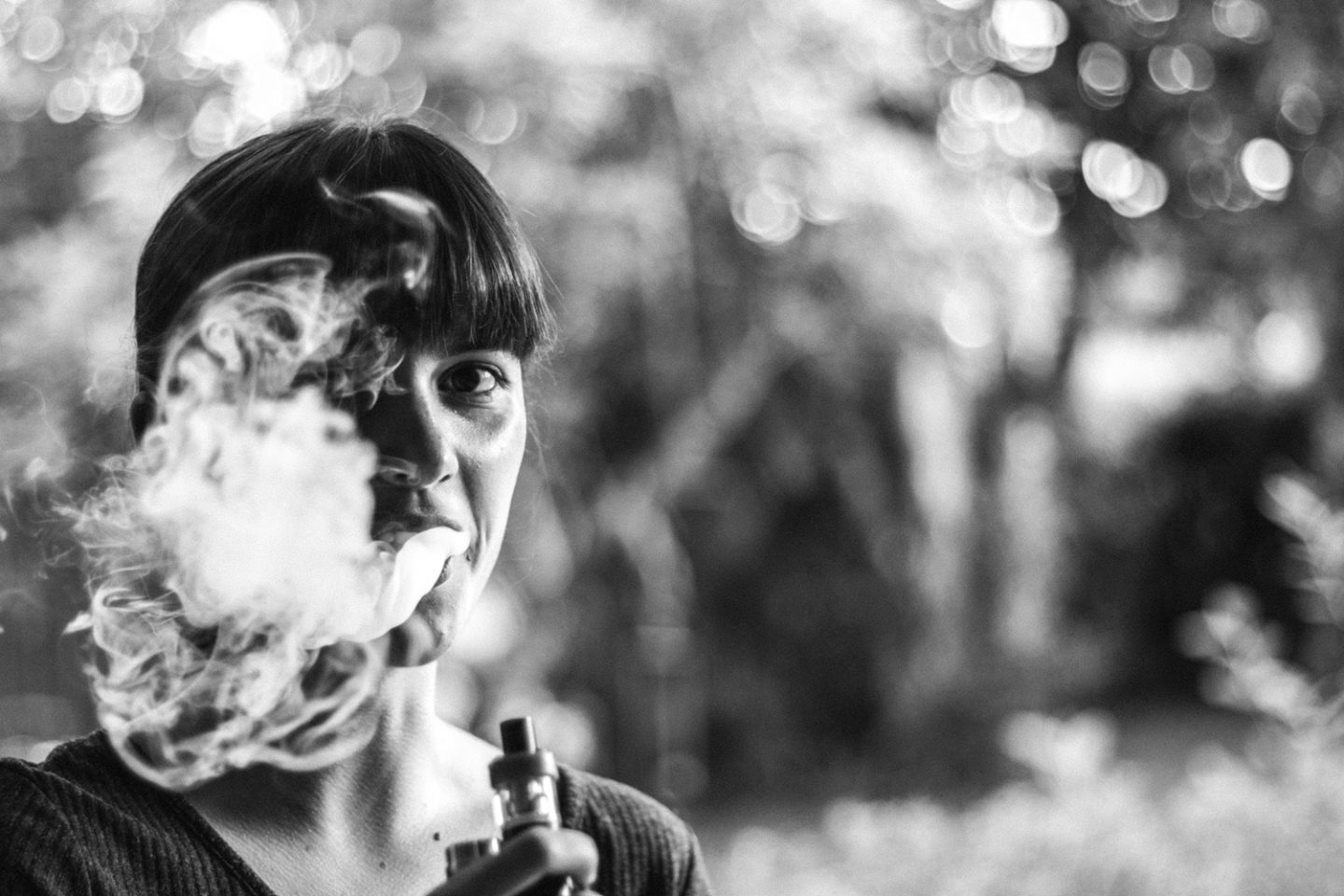 Today, it’s impossible for anybody who smokes to be unaware of the health risks. In fact, constant public health advertisements, warnings on the cigarette packs themselves, and even stories from smokers that you know will make it apparent that cigarettes are some of the worst things for your health. But, they are seriously addictive, so we smoke them. The good news is that nicotine, which is the addictive substance, is also present in your e-liquid. By itself, nicotine causes minimal harm and risk. Vaping does not contain carbon monoxide, tar, or any of the other nasty chemicals and toxins found in cigarettes, leaving those who make the switch at a substantially lower risk of harm to their health.

Nicotine is a hugely addictive substance, so it’s not unusual for many smokers who quit to do so with the help of nicotine replacement therapies. Over time, as you smoke, your body will have become reliant on nicotine, which is what causes nasty withdrawal symptoms such as headaches, nausea, and irritability when you try and quit cold turkey. Since the nicotine levels in e-liquid can be adjusted to suit your preferences, it makes it easy for you to cut down gradually and quit at a pace that best suits you. Many smokers start out vaping with the highest concentration of nicotine and gradually reduce this as they get used to the new habit. Some smokers will try something like CBD or Delta-8 as well, but it is a good idea to learn more about Delta-8 if you want to give it a try. Since it can also be difficult for ex-smokers to quit the physical ‘hand to mouth’ habit of smoking, vaping can be a much safer, cleaner way to replace this. In fact, you can vape e-liquid containing no nicotine at all if you get to a point where you no longer feel like you need it.

If the effects on your health aren’t enough to make you want to quit smoking, then chances are, the amount of money that you’re spending might be. Taking up smoking is a sure way to feel like you are throwing your money down the drain, particularly with the price of cigarettes and tobacco steadily rising and only set to increase in the coming months and years in the hope of encouraging more people to quit. In fact, it’s not unusual for regular, pack-a-day smokers to be spending at least £10 per day funding their habit; this cost can quickly add up over the course of a month and make a large dent in your income. On the other hand, compared with smoking, vaping is relatively inexpensive. You can pick up a good starter kit for around £25-50, or invest even more – it’s entirely up to you. For example, you may spring for a dry herb vaporizer, a vape which essentially lets you control at which temperature you can heat your substance, thus allowing you to switch between deeper and lighter flavours, as well as prolong the lifespan of your herbs. E-liquids and coils will need to be replenished every few weeks at a small cost of around £10-20, again depending on the type that you want and how much you buy. It’s also much easier to shop around for cheaper options, rather than being ruled by government-set cigarette costs.

After smoking for a while, many cigarette users don’t notice the effect that their habit is having on their immediate environment. Even if you always go outdoors to smoke, you might find that the smell is clinging to your hair and clothes and still getting into your home. In addition, if you live with others or have a family, your habit will still be affecting their environment no matter how much you try to keep it separate from them. Those who allow themselves to smoke indoors will see even bigger effects; over time smoking can turn light wallpaper a nasty yellow colour and leave a pungent odour that’s difficult to get rid of. On the other hand, vaping does nothing of the sort – you can vape indoors and outdoors, and the worst that will happen is a cloud of vapour in your home. Nasty smells are non-existent, since your vape will smell just like whichever flavour of e-liquid you’ve chosen.

It’s not just your internal health that smoking cigarettes will wreak havoc with. In fact, smoking can have huge detrimental effects on your appearance, leaving your skin wrinkled before its time, your hair limp and lifeless, and your teeth and nails a nasty yellow or brown colour. Smoking can also lead to tooth decay, which can leave your once pearly-white smile a nasty shade of dark brown or black, or in the worst-case scenario, it can cause gaps. The good news is that you don’t have to worry about any of that with vaping. Since the toxins from cigarettes that cause of all this are not present, you’ll quickly begin to see improvements in your skin and hair, and your teeth won’t be stained as a result. If you want to have your teeth professionally cleaned or whitened after switching to vaping, they will stay that way for much longer.

Unlike cigarettes which are stuck where they are, vaping is an exciting, rapidly developing industry that most people love getting involved with. When you vape, you’ll be able to get excited about the latest mod releases and there’s nothing stopping you from trying a new e-liquid flavour every week. Head over to greyhaze.co.uk, a vaping UK store where you can find a massive selection of what’s currently on offer, with products updated on a regular basis. You’ll never get bored of the sheer choice available, and you can even find dedicated events to attend, such as the Vaper Expo UK, which is the UK’s biggest vaping exhibition and attracts thousands of visitors each year. Here you’ll be able to speak to experts for tips and tricks on getting the best experience, or simply browse the stalls for bargains on the latest products. Just like smoking, vaping attracts a wide range of people from all age groups, cultures, and backgrounds, so it can also be a wonderful way to meet like-minded people who could quickly become your good friend.

What’s your reason for wanting to make the switch? We’d love to hear from you in the comments.