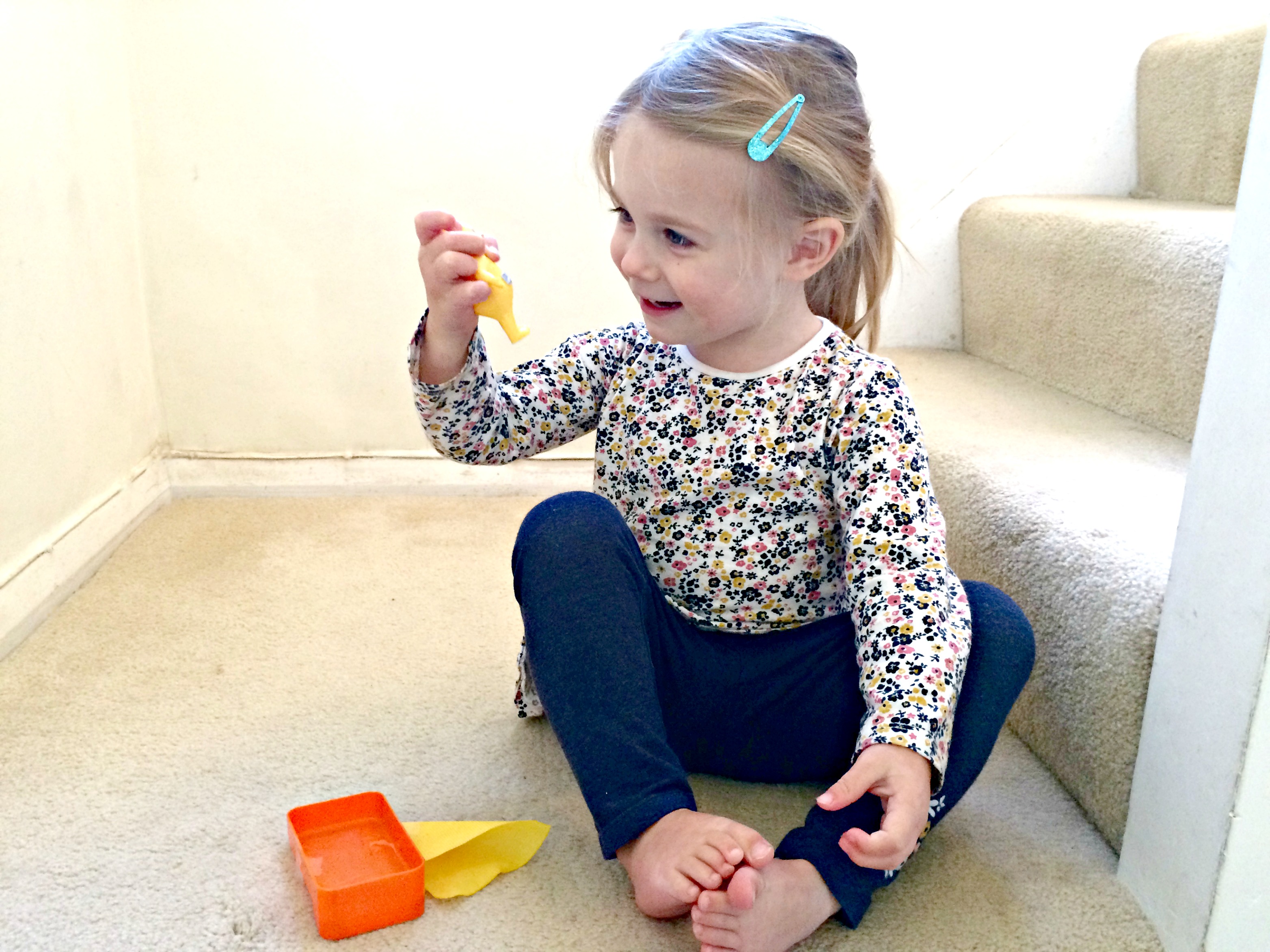 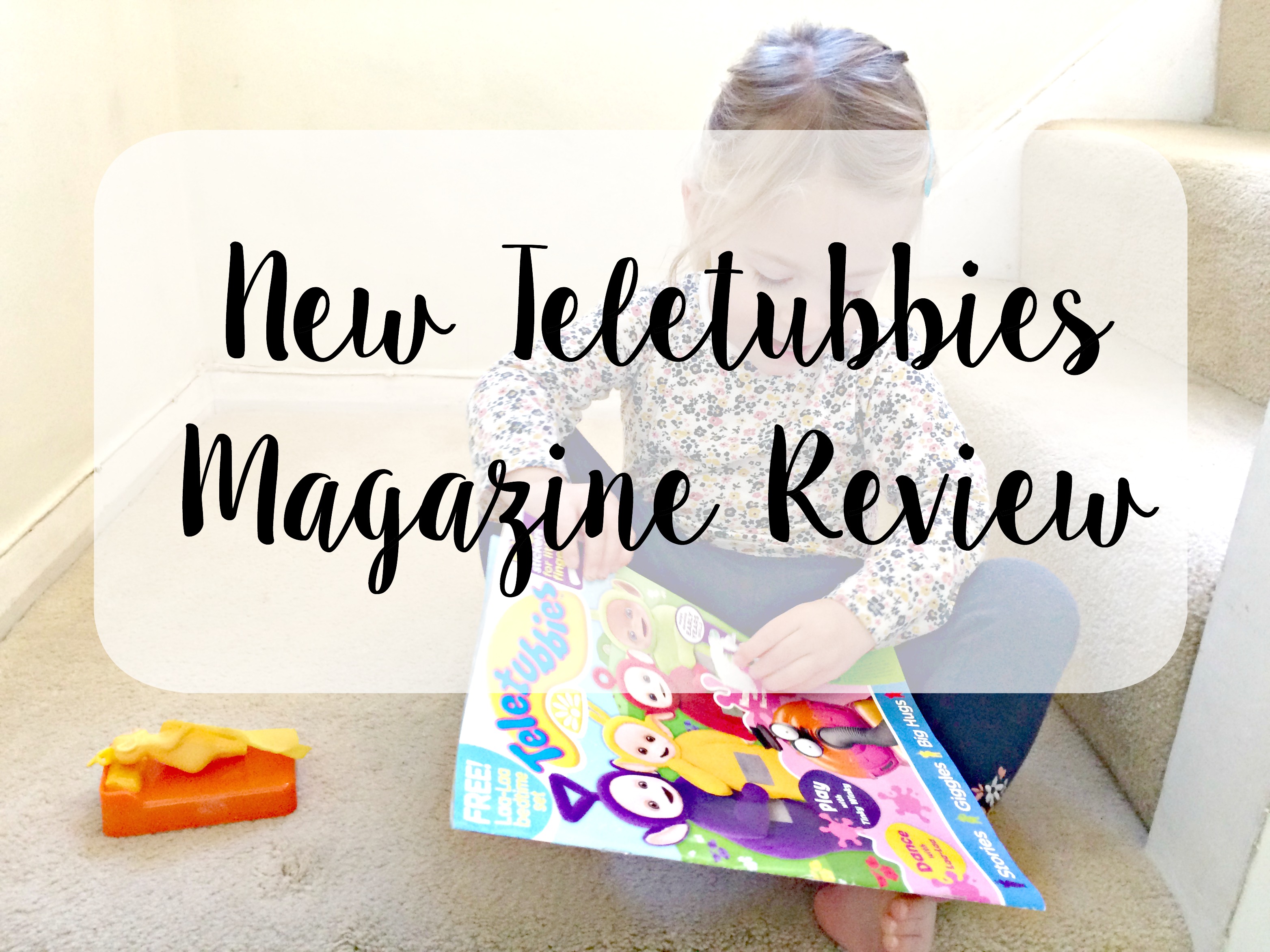 At just two and a half, Chloe is finally at the stage where she will sit and watch films and wants to sit and read books with you. It makes a refreshing change from her usual fussing and fidgeting! So getting her a magazine when we are out and about has become a much more viable option. I know she would actually make use of it now, whereas before, I know she probably wouldn’t.

There is a new Teletubbies magazine, that was released last week, that we have been sent for review. I was really interested to see how she got on with it. First impressions were good; she recognised the ‘tubbies’ that she says on TV and each of the characters. 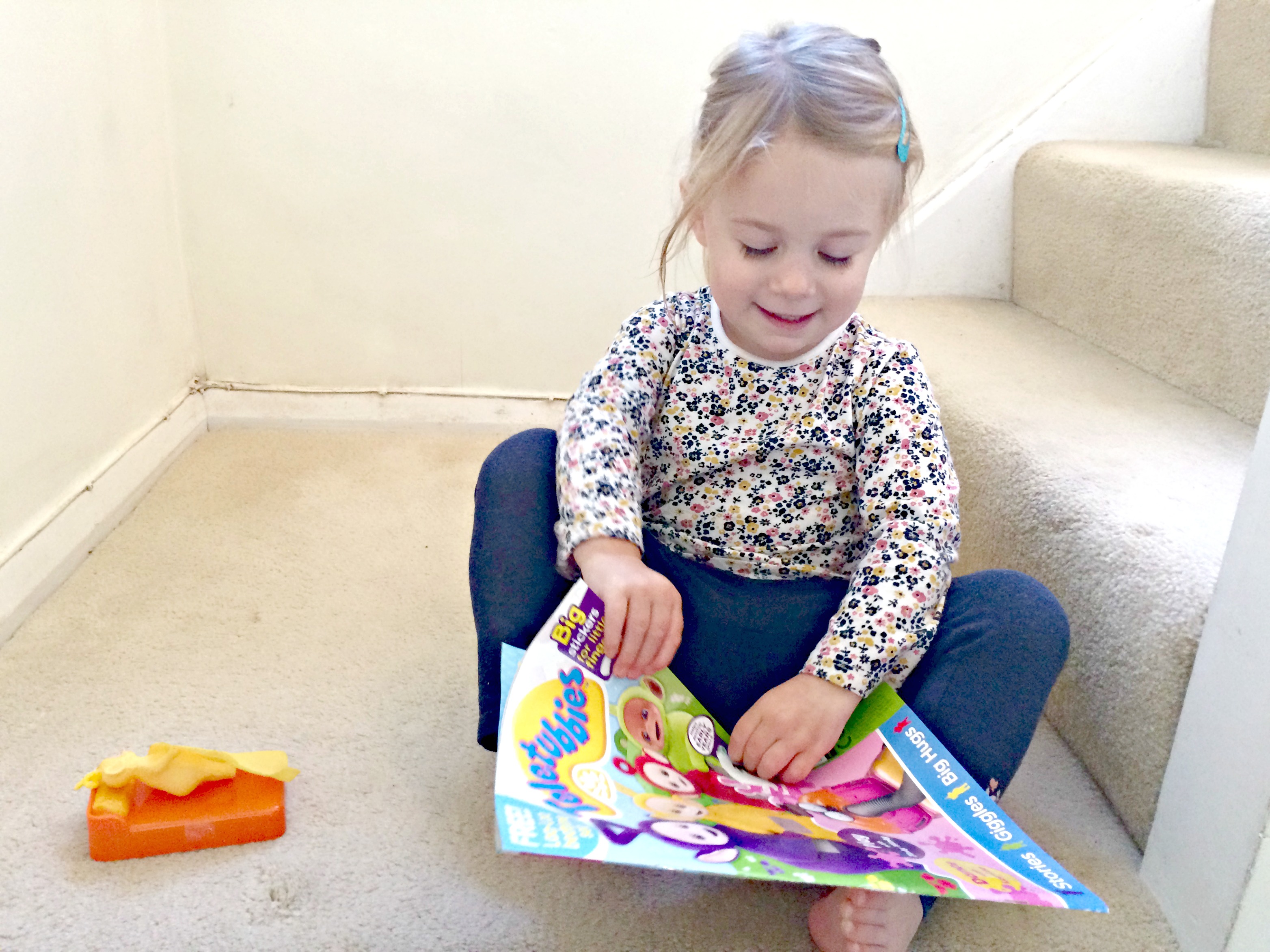 I think that it is great that it comes with a free little toy. Of course, that is where Chloe went straight to. She was really pleased with the toy, as you can see here. They come with a little something each time which is great. It keep the children interested and so they can get to know the characters. Chloe enjoyed ‘tucking’ LaLa in bed and having the toy join in with her other toys.

The layout of the magazine is great. I was impressed by the variety of activities that it had in there. There are some that were probably a little too much for Chloe, but her brother Max could have a go with when he comes back from school (age 4). There were colouring pages, as well as number games, dot-to-dot, stories and puzzles. The more simple things like the colouring can build up her confidence in it, though, as she attempted to try the other things. So I think the idea behind it all is great.

The magazine has bright and engaging colours on each page. So it is pretty perfect for pre-school aged children. I like that it comes with stickers too. The stickers are always a winner with my kids!

The magazine helps with fine motor skills as they learn to take the stickers off the page. It also helps them with counting and recognising colours, as well as being able to sit still while I read the story to her. She has been much more enthusiastic about seeing the Teletubbies on her screen on a morning, as she recognises the characters even more. She happily holds up her LaLa with pride!

The magazine is priced at £2.99 which I think is completely reasonable. I’m not sure if it is something that we would get every time, but it is something that is better for them than an edible treat! It is good value for money as there are several things in there to keep them occupied. Chloe has been pretty much carrying around the LaLa toy ever since.

We made a little video for you all to watch too. Enjoy!

*the magazine was gifted in exchange for an honest review and we were compensated for our time. All opinions and words are our own.