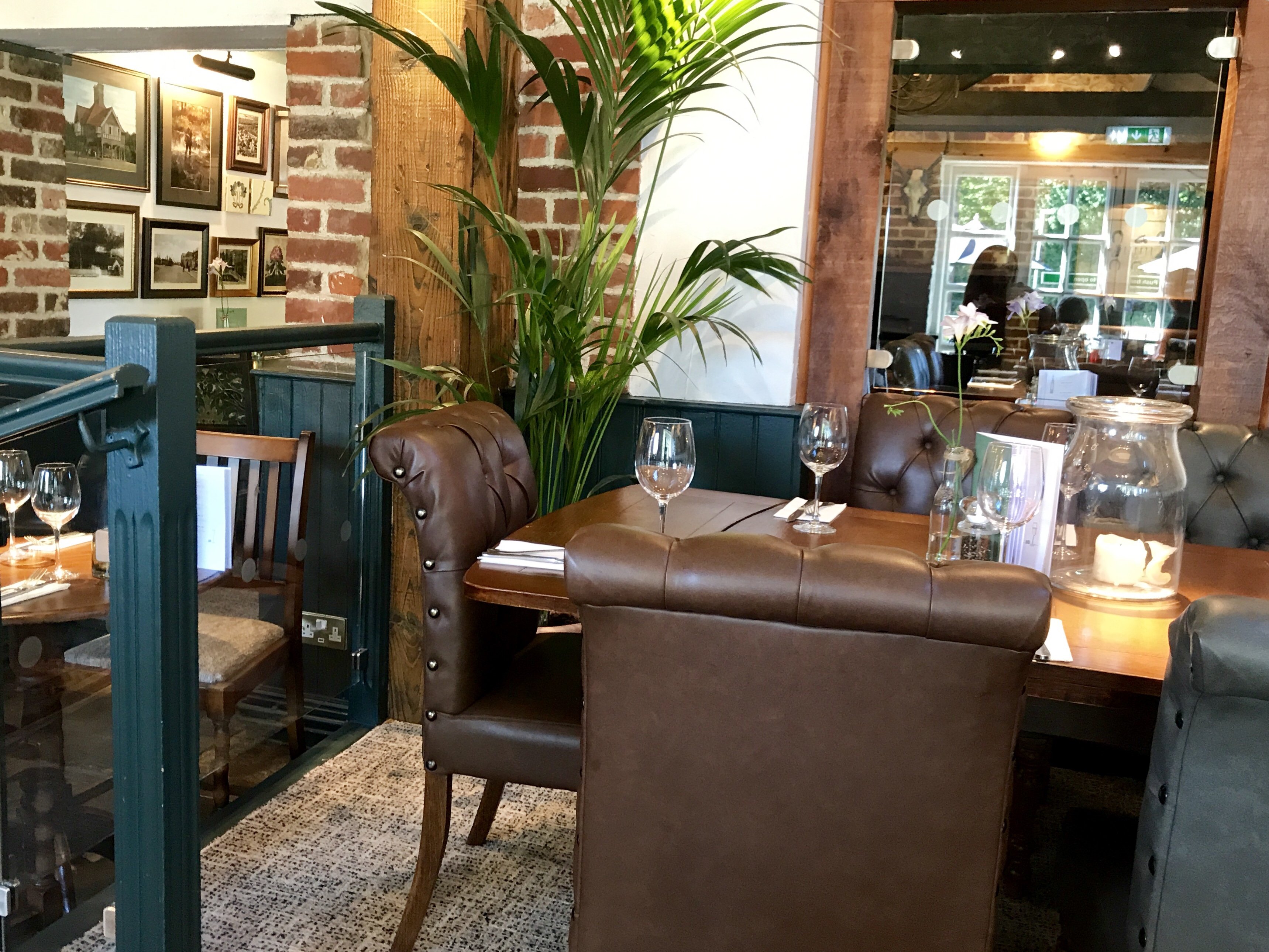 When you’ve got young children, I think a lot of the time you can resign yourself to the fact that you either don’t leave the house, or the places that you can eat out at have a soft-play attached. I have definitely learnt that this isn’t the case, though you do have to know where to go for good food for all of the family.

This past weekend we were invited to see what the newly refurbished restaurant, The Harrow, in Warlingham (East Surrey) was like, and what the new menus are like too. From a separate vegan menu to a children’s menu, it was something that we were really looking forward to; sounded like there was something for everyone, and there really was.

It was lovely and sunny when we arrived, and I spied a pretty large beer garden area where food and drink is served, as well as a large car park. We chose to eat indoors though, and the interior of the restaurant was great. It has a modern twist on a country pub, I think, with an eclectic mix of furnishings like chairs and tables. It didn’t have a pretentious feel about it either, more just modern and homely, so being there with children I didn’t feel out of place.

Sometimes visiting somewhere on a Saturday can be the worst, because it is usually the busiest day of the week, especially for a restaurant / pub. But the service that we received was brilliant. Our server was really attentive and checked how things were going on a regular, but not annoying, basis. She was easy to strike up some rapport with, and she made the children laugh and feel at ease; it was great.

For me, the food has to be the thing that makes or breaks your visit to somewhere, and the food at The Harrow did not disappoint. Being vegetarian I had a veggie option of a roasted carrot and apricot chutney tart, but there was plenty of choice, especially with a separate vegan menu.

The children’s menu was good too, with several choices for the main, with an additional two choices which included a vegetable portion of choice, and then another side like potatoes or fries. The portions were really generous too, so for £5.95 for a children’s meal, I think that was great.

The husband chose a burger, and again, he was not disappointed; I got such a good report about it, and the portion was really generous. The prices of all the meals were good too, just what you would expect to pay, but you got a lot of food for the money, which is great. There was also a large drinks menu to choose from. The only thing I would say with that was that the prices weren’t on there drinks menu, so it is worth asking what things are before you order them, unless you don’t mind!

We also chose a sharing dessert to share between the four of us. I mean, it would be rude not to try it, right? This was also really tasty, and again, I was impressed that there are vegan dessert options and things like Eton Mess could be made vegan if required.

Would we visit again?

They say that the proof of the pudding is in the eating, so would we visit The Harrow in Warlingham again? I’ll be honest, yes we would. I think the location is good, as it is just out of town, and with its own large parking space it is much easier than choosing somewhere in town without parking. The food is what sold it for me, the choice was great and there food that we had tasted great. I was very impressed and think that you do get value for money there.

Have you ever heard of the Vintage Inn group of pubs / restaurants? If you find yourself in East Surrey you must give The Harrow a visit.

*we dined as guest of The Harrow, but all words and opinions are my own.