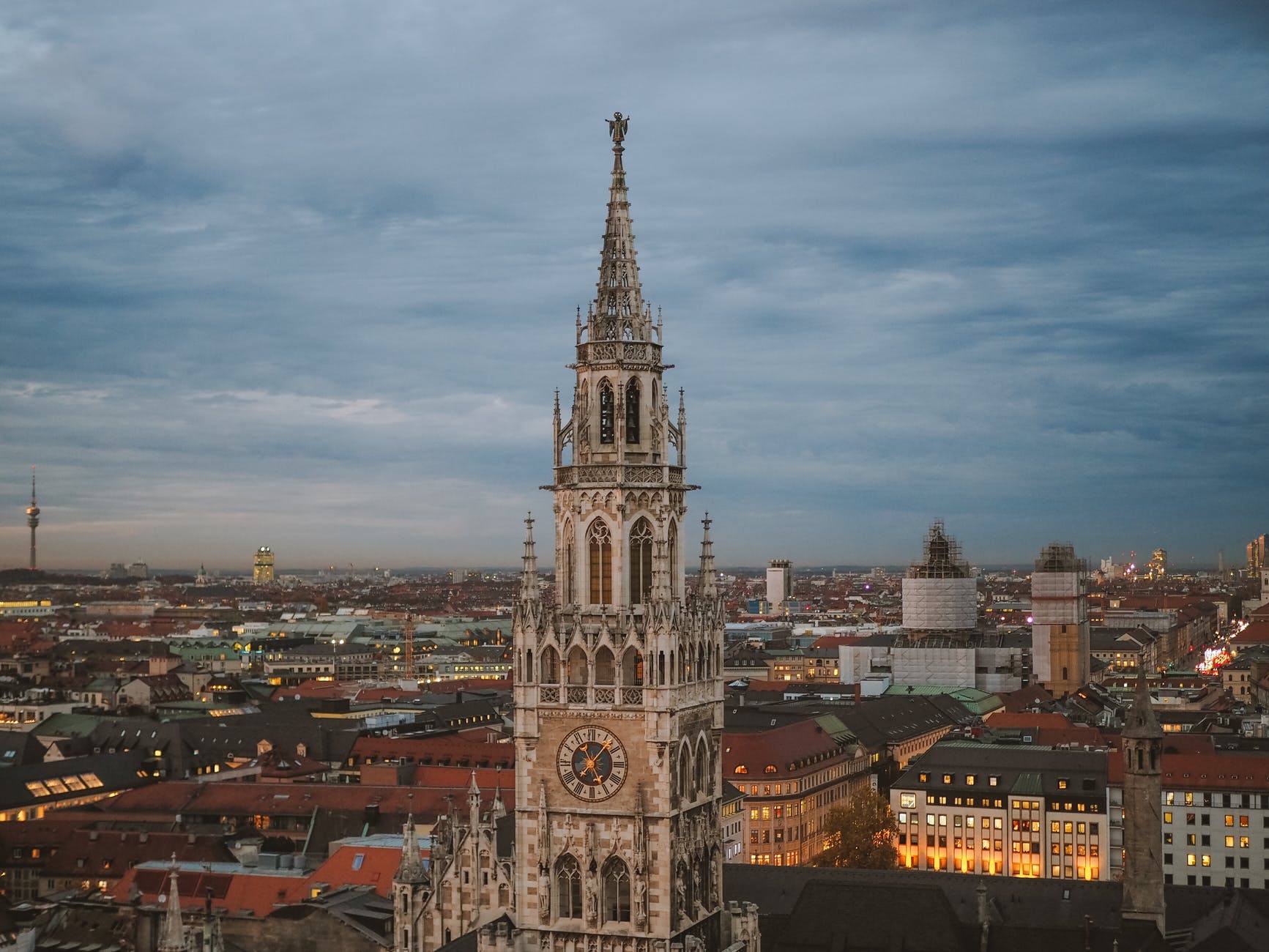 One of Germany’s most prominent cities, Munich is the capital of the Bavaria region, famous for beer, castles, and football. With a rich historical tradition, world-class sports teams, and hearty cuisine, Munich is a fantastic travel destination. Here’s an ultimate guide to the best things to do in Munich.

The home of Oktoberfest, Munich is one of the great beer capitals of Europe. Running from mid-September to early October, this marvellous festival sees Bavaria’s famous beer companies roll in with carriages of beer barrels, accompanied by traditional Bavarian Oompah bands clad in lederhosen.

The festival is kicked off by the tapping ceremonies of the barrels, and huge tents are set up. Tall, frosted glasses full of Pilsner and other beers are downed by the dozen in this wonderfully hearty and vibrant festival.

Germany is a nation famous for its castles, and perhaps none are more famous than Neuschwanstein and Lindehof. Both were built by King Ludwig II in the 19th Century, these mighty architectural marvels look like they’ve been lifted straight from a fairy tale.

Both are situated in the mountains and forests of Bavaria, allowing visitors the opportunity to soak up the local landscape as well as national history. A variety of ours for both castles are available if you want an enthralling day trip away from the centre.

One of the heavyweights of European football, FC Bayern Munich was founded in 1900 and has become Germany’s most famous and successful football team. Bayern Munich have won an astounding 30 national league titles, a German record, as well as six Champions League titles.

Bayern Munich play in the Bundesliga, at the top-tier of German football, and have dominated the national league since its inception in 1963. They are the defending European champions, and are based at the Allianz Arena on the outskirts of Munich, visit Seat-Compare.com for Bayern tickets. The stadium includes a museum that charts the rise of this sporting titan.

Munich is also home to several top-flight museums and art galleries. Many of these can be visited for as little as one euro on Sundays. The main highlights include the Nymphenburg Palace, which was a summer residence of Bavaria’s royalty and dates back as far as 1664. Opulent rooms can be viewed, including the bedroom of King Ludwig II.

Other top museums in Munich are the Munich Residence, a city-centre castle restored in the 1980s and boasting over 100 rooms and several stunning courtyards, and the Kunsthalle Museum, which hosts exhibitions ranging from contemporary art to explorations of ancient history.

A modern city with plenty of old world charm, Munich is crammed full of glorious architecture. One such gem is the famous Glockenspiel at the Marienplatz, the central square of the city. This clockwork masterpiece adorns the Neo-Gothic facade of the New Town Hall. The Marienplatz square itself has been the centre of Munich since the 1100s.

What better way to enjoy Munich’s famous beer than with some authentic Bavarian cuisine? Built around meat, Bavaria is famous for delicacies such as Knodel, which are boiled dumplings, as well as traditional Weisswurst sausages. Munich is also famous for its preference for veal.