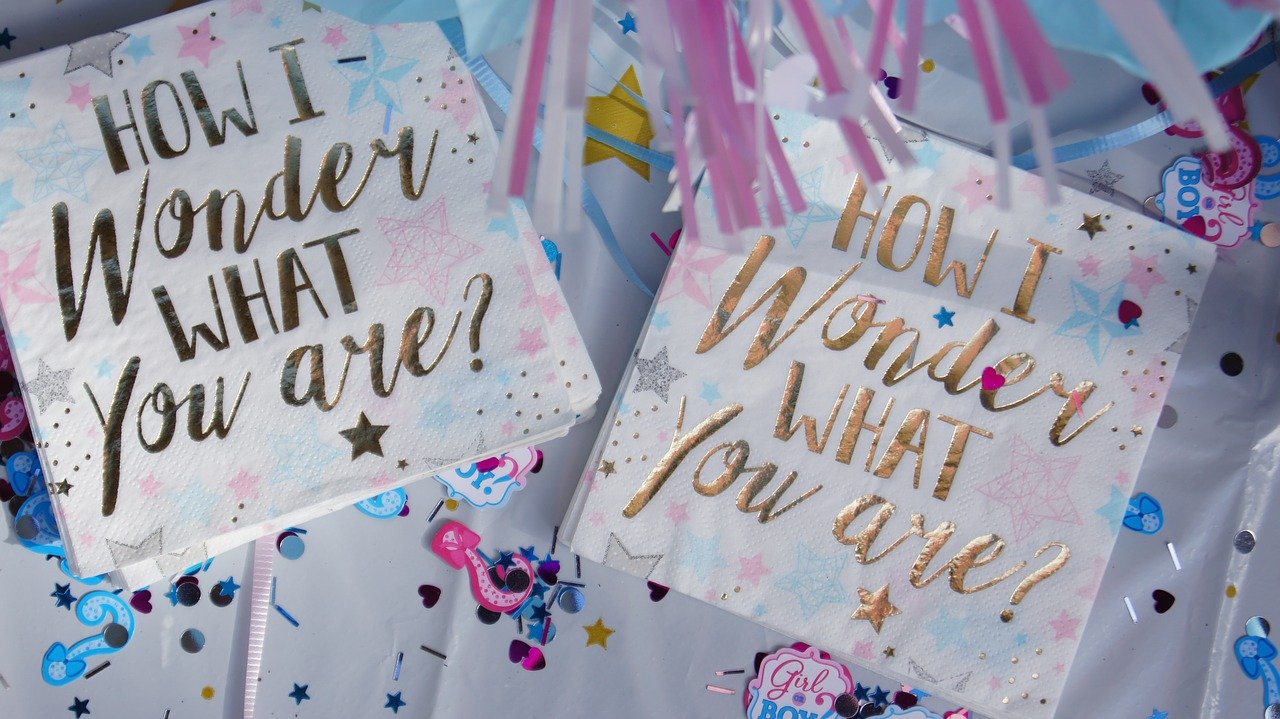 I know the old cliche that time flies when you have children, but it certainly flies when you’re pregnant! I’m currently 20 weeks pregnant and although it feels like a long time ago since finding out, it seems to have flown by all at the same time. I have been so lucky in that the worst symptom I have had is feeling tired. I literally want to nap anywhere and everywhere! I felt like this when I was pregnant with my daughter, rather than my son, so it did make me think if this was something similar and we would be having another daughter…

Having a boy and a girl already, we were almost tempted to to wait until the birth to find out the sex of our baby. This is something that my brother and his wife did with their third and I thought it was lovely. However, on reflection, and knowing that the baby is due around Christmas, I knew I would want to be as organised as possible. Not only that, but it also means that we can have a clear out of some of the baby things from the loft/storage that we will no longer need, as we look to move home in the new year some time. So when the twenty week scan came round, we knew that if baby was co-operating and the sonographer was able to get all of the measurements that they needed, that we did want to find out if we were having a baby boy or a baby girl.

The children had both said that they both wanted to have a brother. Max, my eldest, said that now he had verbalised it, he thought that the baby was going to be a girl. Chloe said the same, saying that she would like a baby brother but that a baby sister would be good too. The husband said he thought it was a girl, due to how tired I had been which was so similar to Chloe.

It might sound a bit out there but I have had dreams with each of my children, a couple of nights before the scan, and the gender has been the same as what the baby actually was. The same thing happened here, and I had a dream the night before the scan; but was it right this time? I had a dream that we were having a baby boy…

And it was correct! The baby was wriggling like a good ‘un during the scan, so the appointment took quite a while, getting all the measurements that needed to be taken. Baby was looking healthy, as well as letting us look what was between its legs, and it was confirmed to be a BOY!!

I am honestly so excited to have two boys and one girl! Max is so pleased to have a brother, and Chloe, who is a major daddy’s girl, is glad to be the only daddy’s girl! I have three sisters and love having sisters, so part of me did feel sad for Chloe not having a sister, but she didn’t want one, and wants to be the only girl, so at least there is that. Our third and final baby is a boy. So excited to go through all of the old baby clothes, as well as get new, and get things setup for this Christmas baby.

Keep growing healthy, baby boy. You have a family that love you so much and can’t wait to meet you.