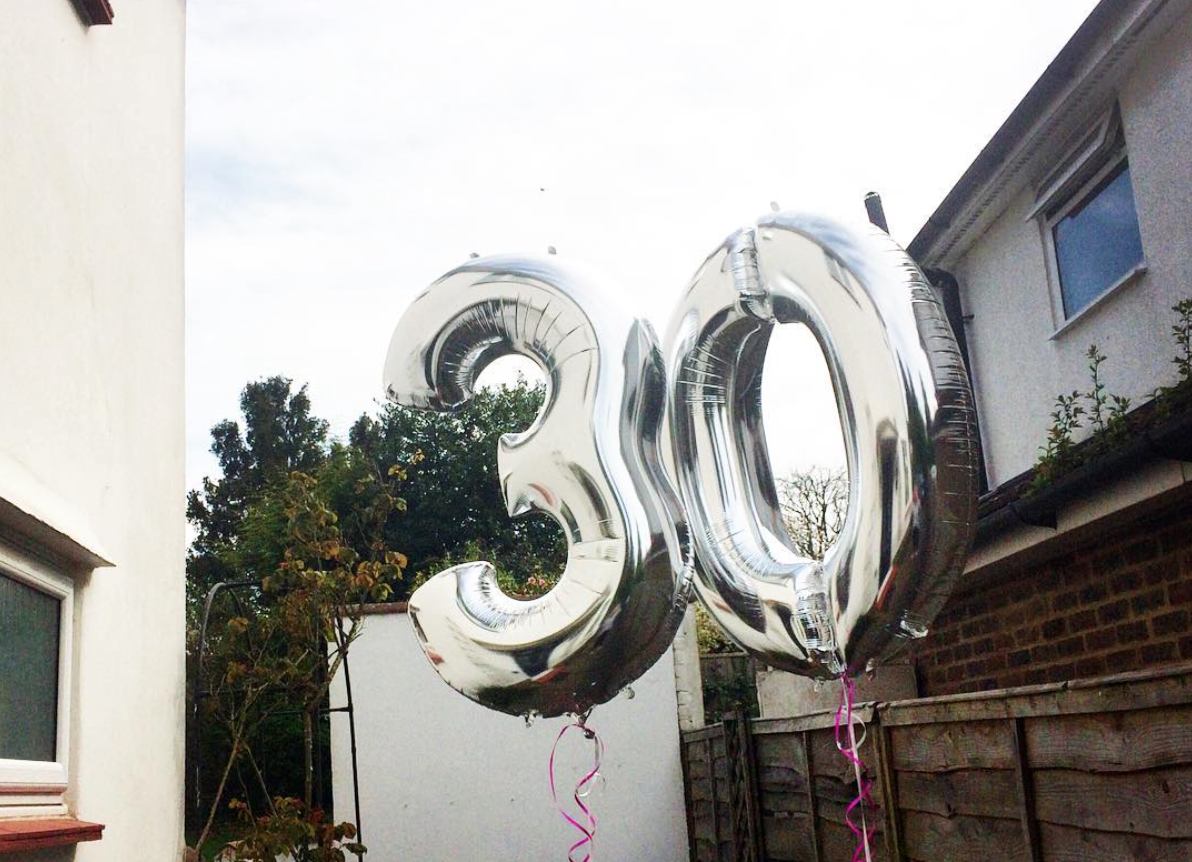 This past week I turned thirty! Eeek, I can hardly believe it! It is such an end of an era saying goodbye to my twenties, literally. But I am looking forward to seeing what this next decade brings. Sometimes I get a little down on my birthday when certain people don’t get in touch, but I’ve put it all behind me and was utterly spoilt by my family. I am very blessed.

My main treats were our trip to Florida, and I did treat myself to some UGG slippers when I was out there, as I have wanted some for a while. I did get some yummy treats, perfume, a flower deliver of my favourites (tulips), jewellery, and my dream Michael Kors purse. As we got back from holiday two days before, the husband had to be in work as he’d just had two weeks off. But with it being the Easter holidays it meant a chilled morning with a little bit of a lie in – slight jet lagged kids has got to be good for something!

In the evening, my in-laws came to babysit and I went up to Battersea to meet the husband for a meal. We had been invited to have dinner at the newly opened TWID restaurant and bar in Battersea. It was only a short walk from Clapham Junction station, on a fairly main road. It was easy to find, though I wasn’t sure what to expect from the outside. It was all quite subtle.

But as soon as you walk through the door, on a red carpet no less, you see the amazing decor! I have never been to somewhere like it before. It is kitted out like you’re at the theatre, and each little booth is like a ‘box’ at the theatre or opera. There were two levels as well. It really is unique and unlike anywhere I’ve ever been before. Some of the decor seemed a little unfinished, but I’m not sure if that is the look they are going for, or just because its fairly new.

We were offered cocktails, but I personally don’t drink. So they said they’d put together a virgin cocktail for me that isn’t on the menu. I thought that was fab and showed great attention to detail. 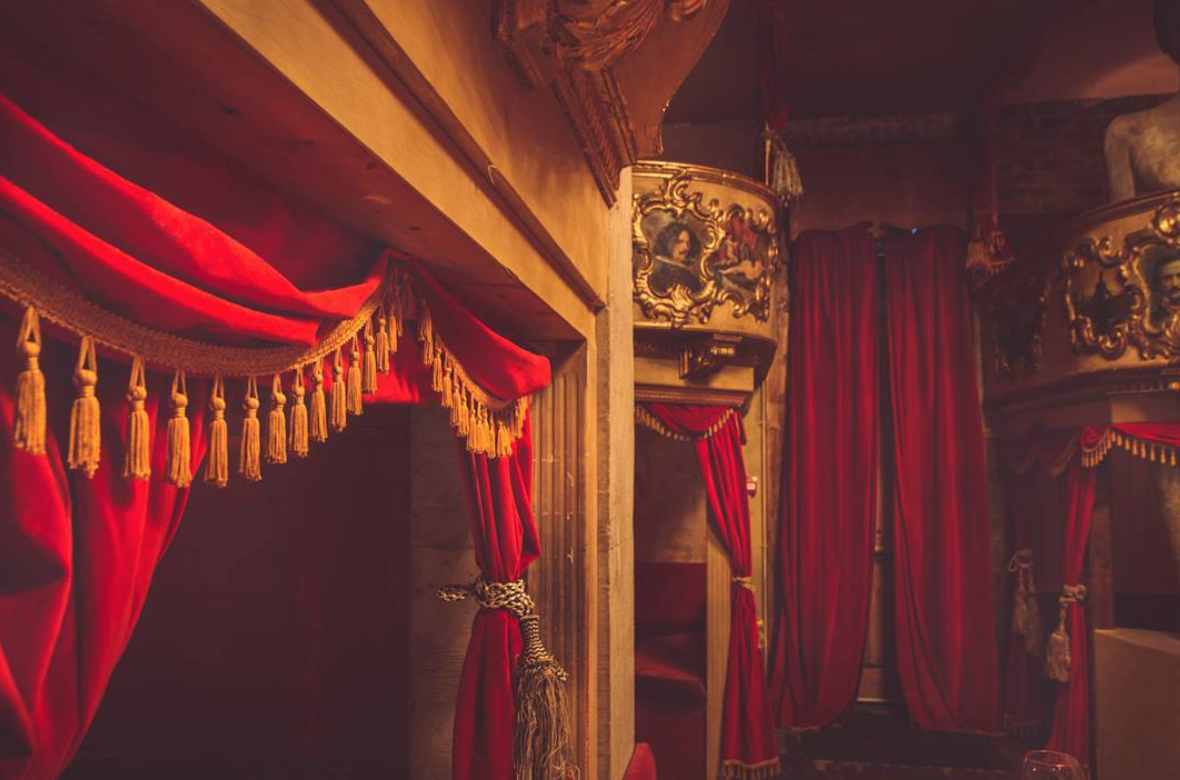 The menu looked amazing! There aren’t loads and loads to choose from which can only be a good thing in my opinion (I always remember watching Gordon Ramsey programs and he says its better to do fewer dishes well, rather than lots of dishes in a mediocre way). It is almost like tapas style, in that you choose two or three dishes each and share them. I loved that there is a vegan and vegetarian option, as well as options with meat and fish. So we went for a complete mixture, choosing scallops, venison medallions, duck, lamb cutlets, vegan sushi terrine and we were recommended to have the ox cheek (which was to. die. for. Amazing)! 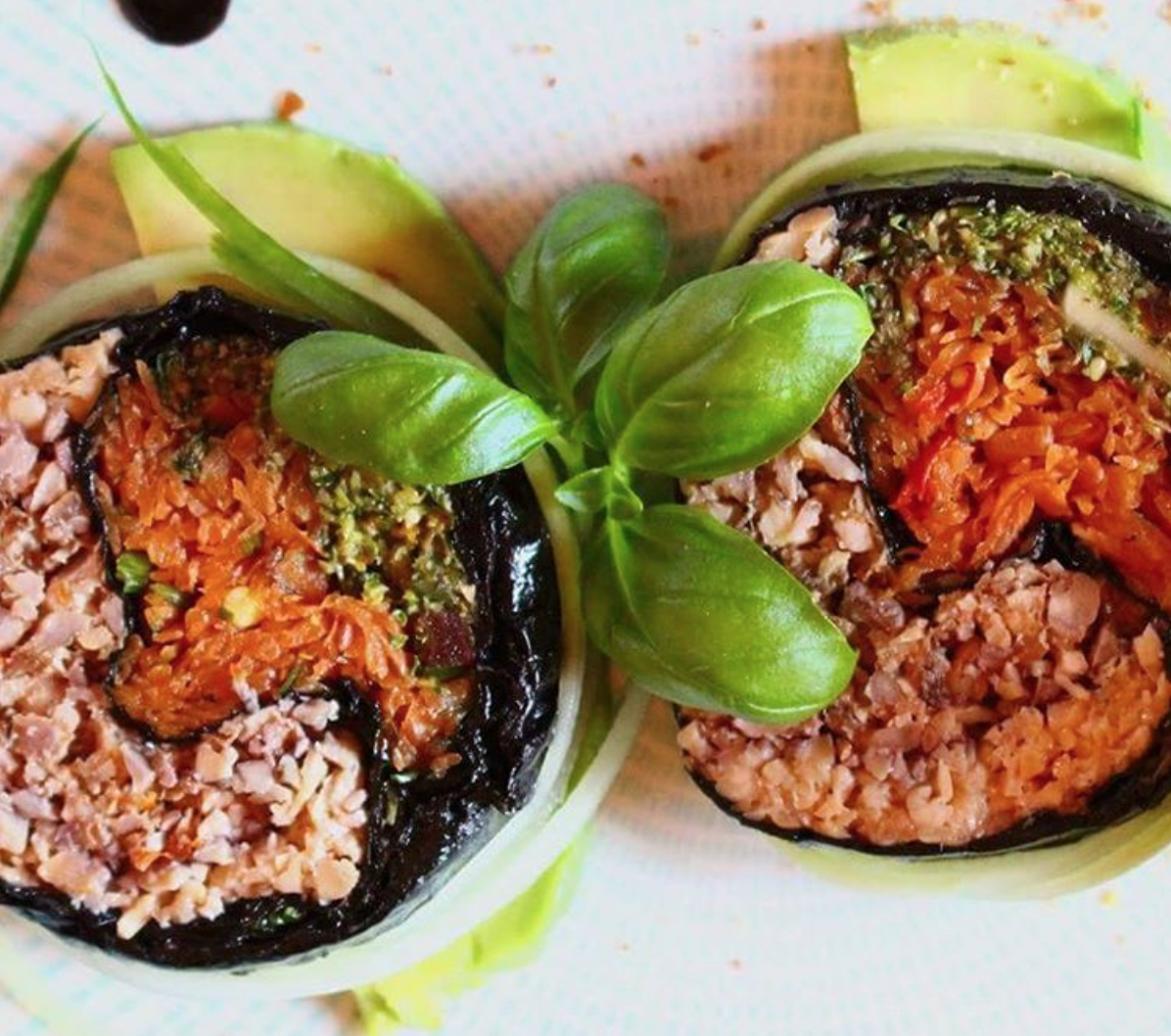 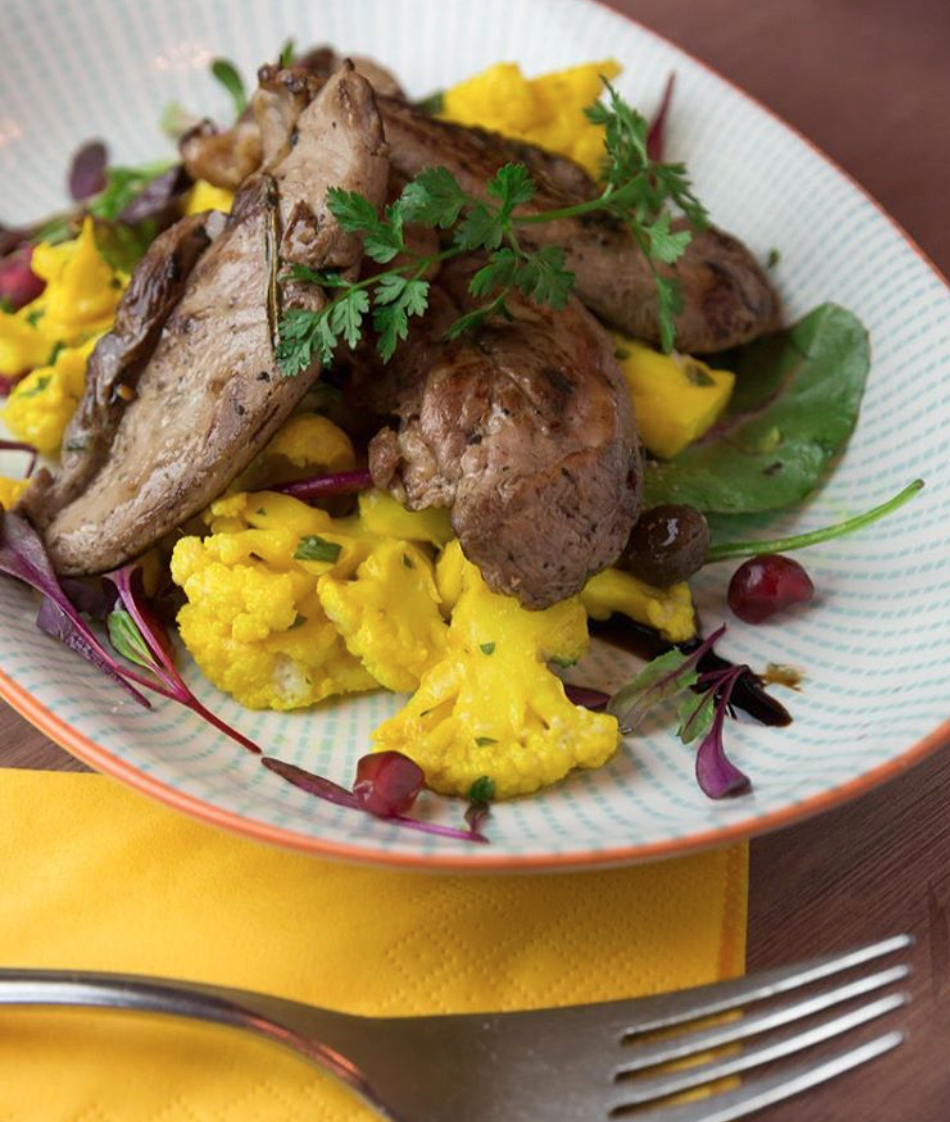 I honestly loved all of the dishes. They are just the right portion for two or three to share and we all really, really tasty. They all had quite unique garnishes, but think that they all worked well together. The scallops came with crisped kale and raspberries, for example. But it all totally worked and the meats were all cooked to perfection. Our favourite dish had to be the ox cheek, as it was slow cooked so melted in your mouth. Yum! My second favourite would have been the vegan sushi terrain as it was tasty and fresh.

Being someone that doesn’t eat too much sugar, I don’t always go for a dessert at a restaurant. But as it was my birthday I thought I’d go for a slice of cake. Luckily for me they do raw vegan desserts, as well as more traditional options. The raw strawberry cheesecake that I had was amazing, really lovely. 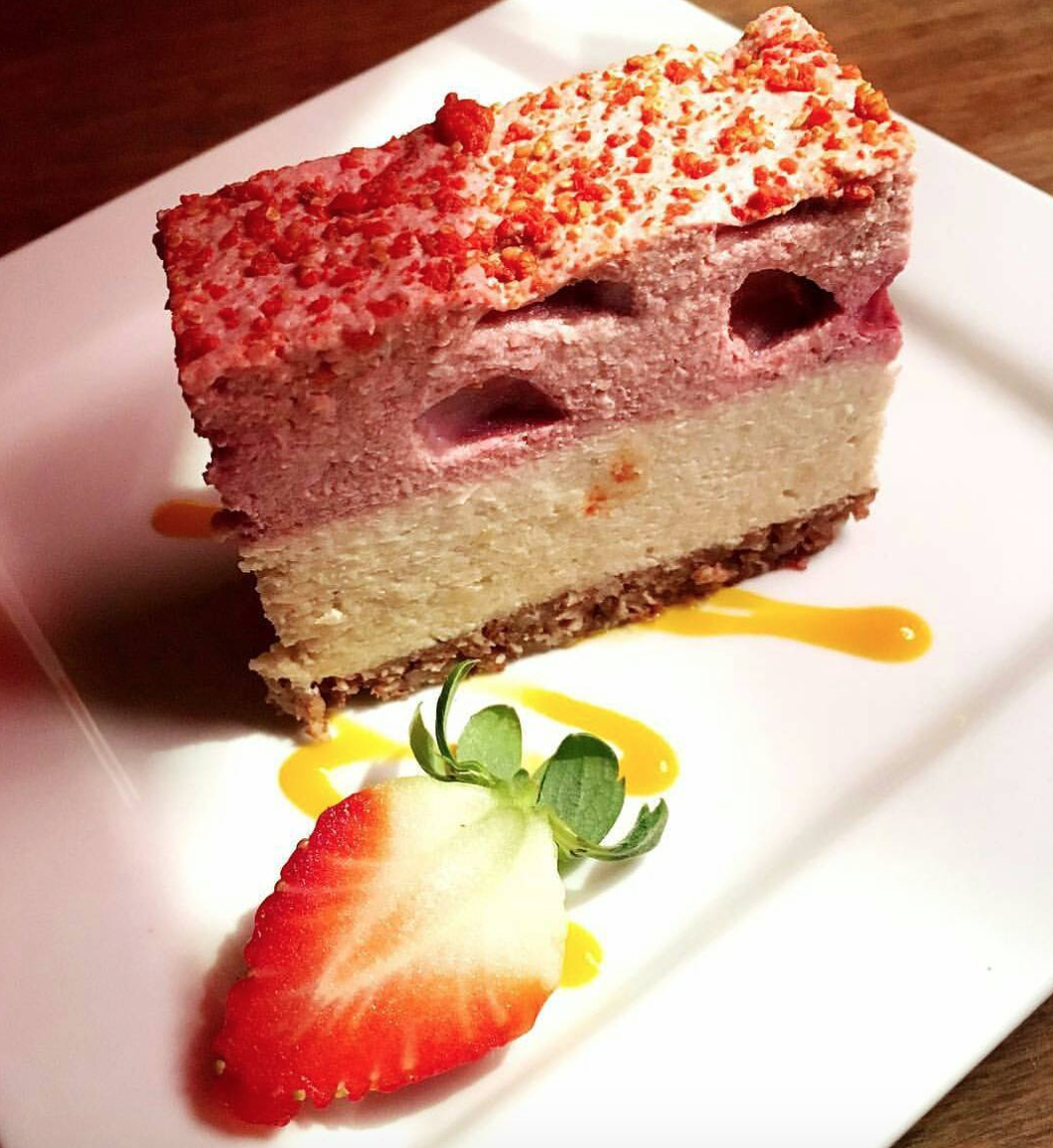 TWID does live music six nights a week, the majority of which is opera music. I wondered how all of this might work, as the restaurant is fairly small. But the singer that was there on the night we were was brilliant and it did totally work. They told us that on other nights they have a DJ too. So it really is a quirky place to go for your meal. But if you like opera music, then you’ll be in luck. 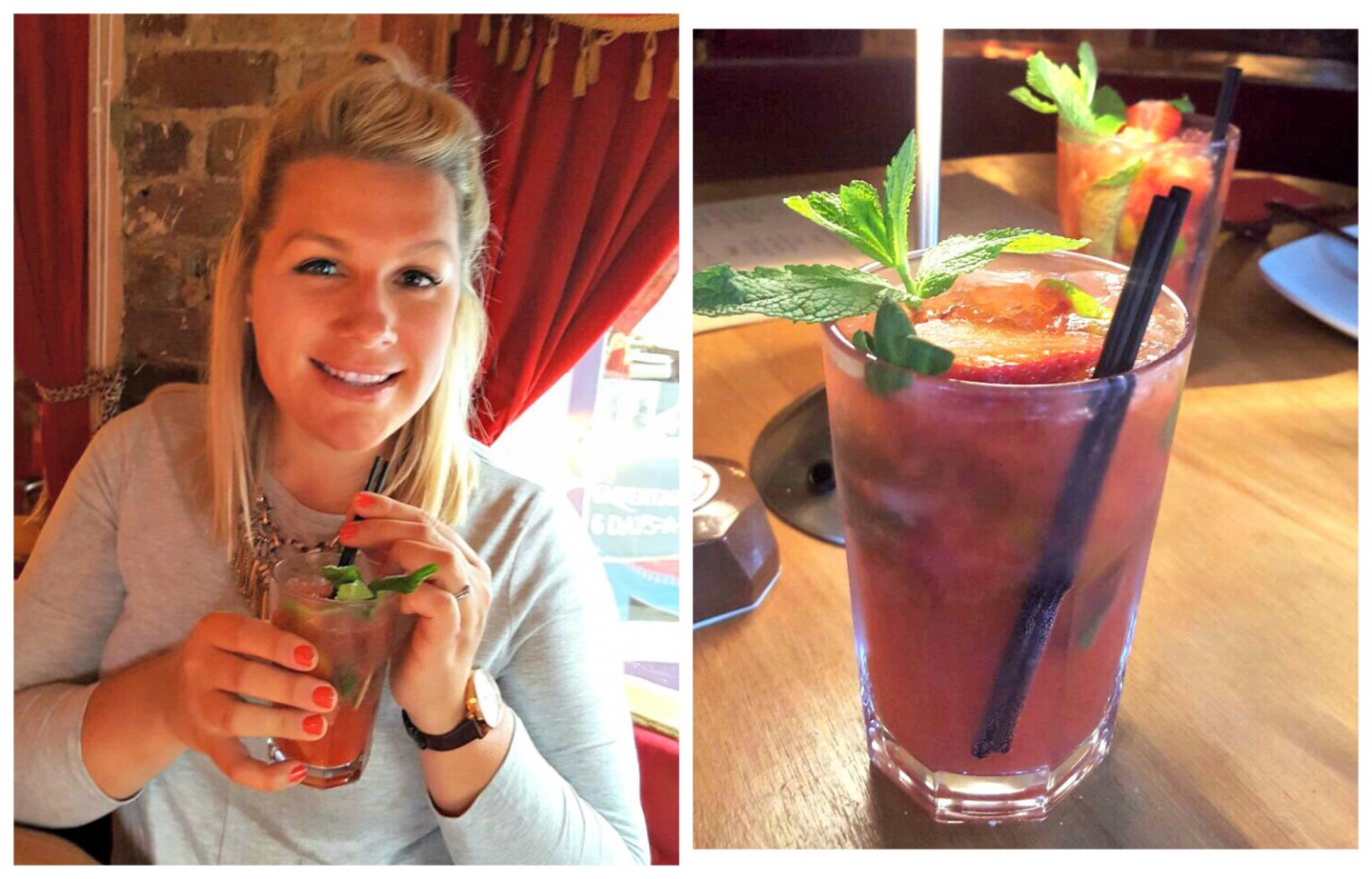 All in all, I liked the restaurant a lot. I liked that there are a lot of different meals available on the menu, and it caters for vegan and the likes of me that might be dairy-free. I do think that in some ways it is trying to be too many things at once, though, such as having opera and then a DJ on the same night. However, the food is amazing, the service was brilliant and the atmosphere was like any other as it is really one of a kind! I would go there again, but it might just be saved for special occasions as it gives you a chance to get dressed up and enjoy a night out and a meal all at once.

Have you ever heard of TWID?

*we dined as guests of TWID but all opinions are my own.