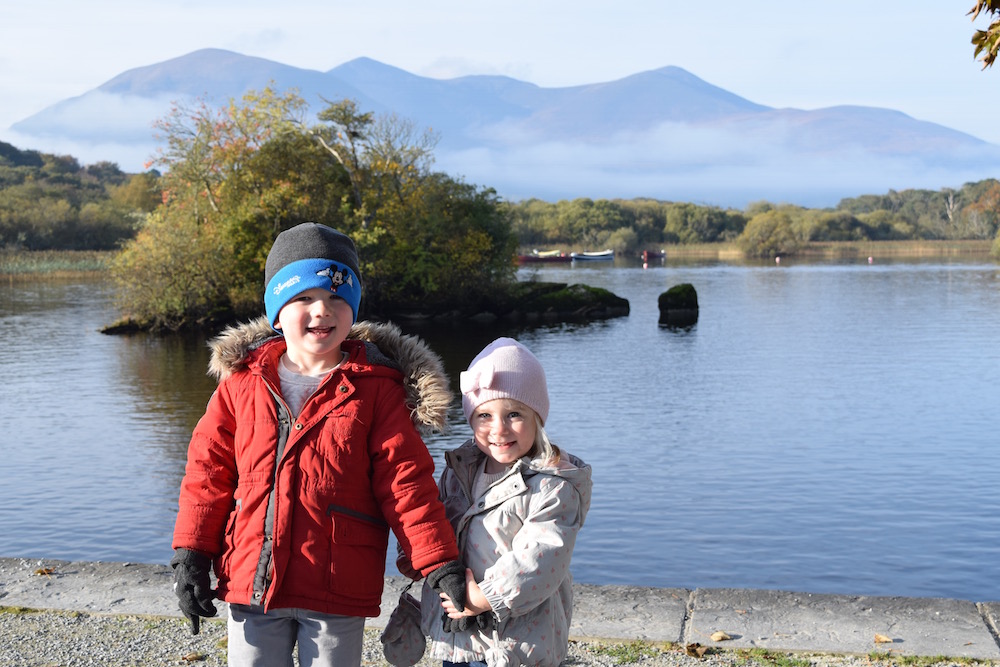 It was only a couple of weeks ago but it seems like such a long time. But during the half term, we took a little trip to Cork in Ireland. I know it isn’t s super exotic destination or anything, but can you believe that I have never been before? The hubs hadn’t been since he was about 16, and of course, the kids had never been. So we were looking forward to a fun little trip away.

Our flight was scheduled from Gatwick around noon. We had decided to only take hand luggage (got to love budget airlines). It was much easier to pack for than I thought it would be. But it was so annoying to carry around them around the airport. I am use to just dropping off a large case at check-in and then only having a small bag with me. So getting through security was a little more hassle than it usually is. The kids were brilliant, though. I’m glad they’re at the age where we don’t need pushchairs or special baby food.

The plan was to explore Cork a little after arriving. We had planned that we would drop our bags at the hotel around 3pm and then head out into the city. We had a bit of a flight delay, though, so ti was nearer 4.30pm when we go there. We checked in at the River Lee Hotel and dropped off our bags. Then we headed out to get something to eat. We headed to Gallagher’s Pub in the city. It was fab – fantastic service and the food was great. Afterwards, we just had a bit of a mooch around to get our bearings and see what we could find. We picked up a few snacks at a little supermarket, to have with us for the next few days. 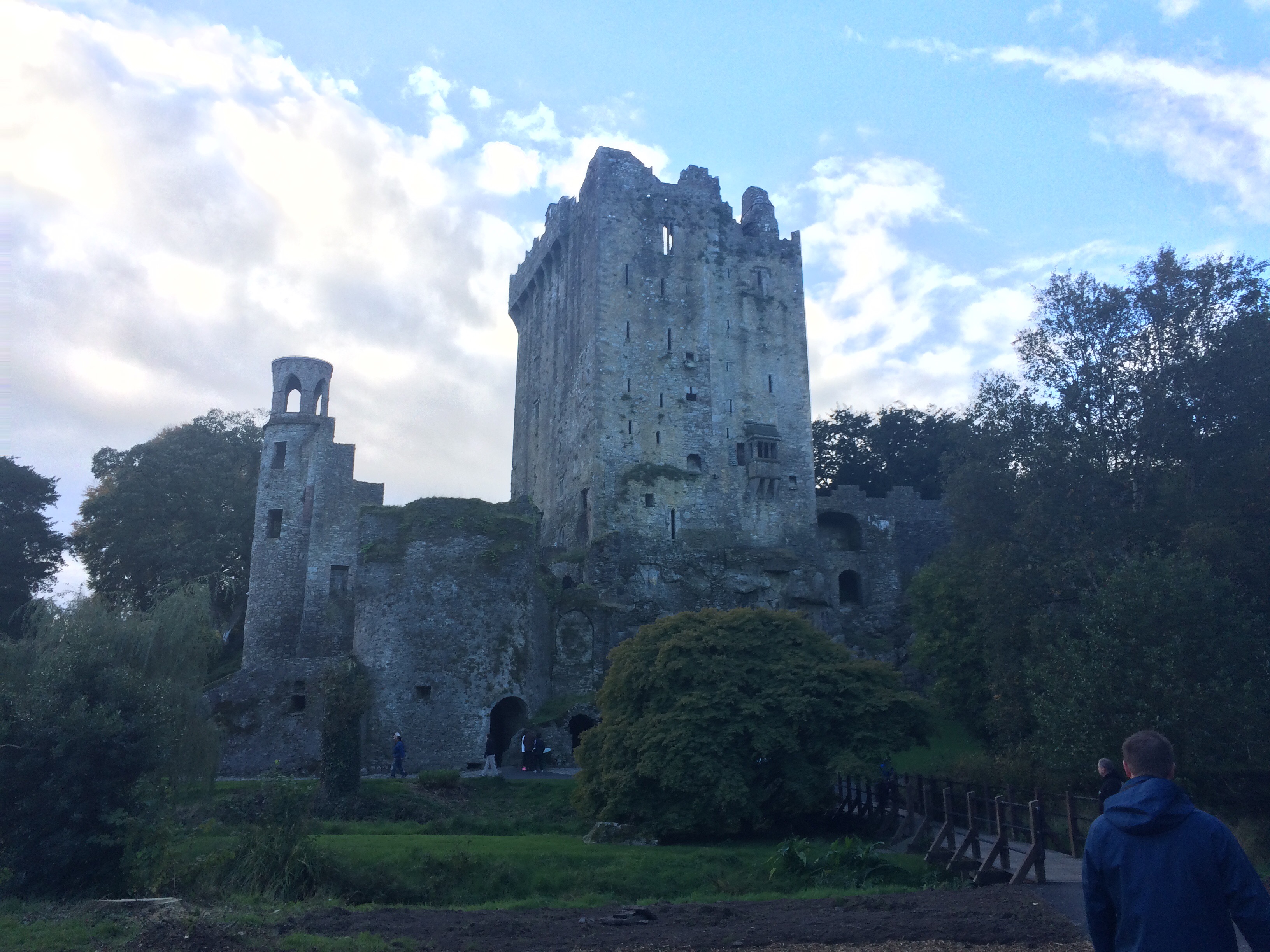 The following day we had to make the most of our time. So we decided that this would be our day that was a little closer to Cork. The highlights were going to the English Market in the city centre, and then we also visited Blarney Castle. The kids were both free and it was around €8 per adult if I recall. The hubs and I kissed the blarney stone so now we have the gift of eloquence, don’t ya know. It was much lower down than I thought it would be. So if you’re a bit scared of heights, going head first backwards might not be your favourite thing. It is a gorgeous castle though; the grounds are stunning too. We spent several hours there and could have stayed longer. So I would completely recommend going there if you are planning a trip. 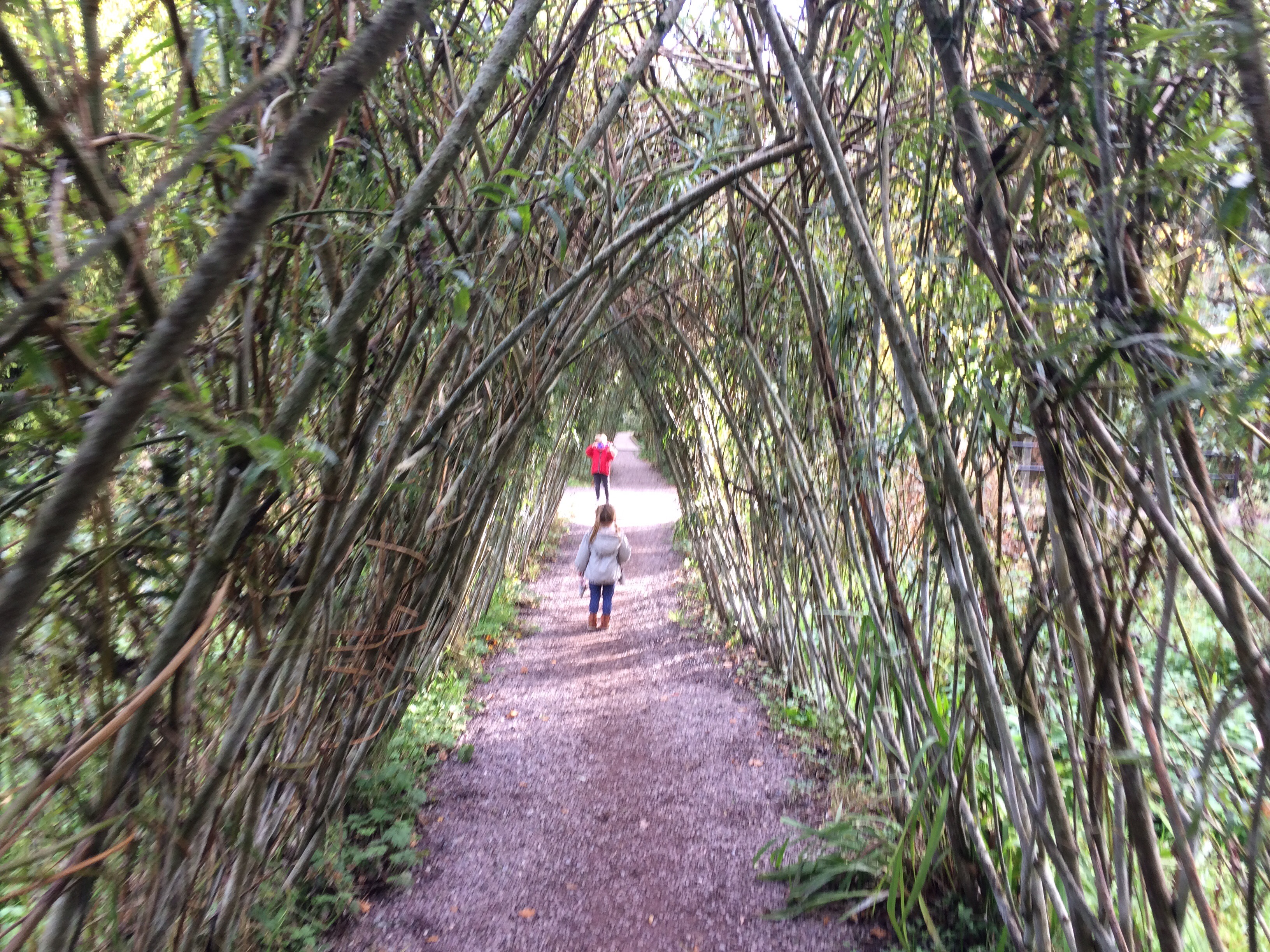 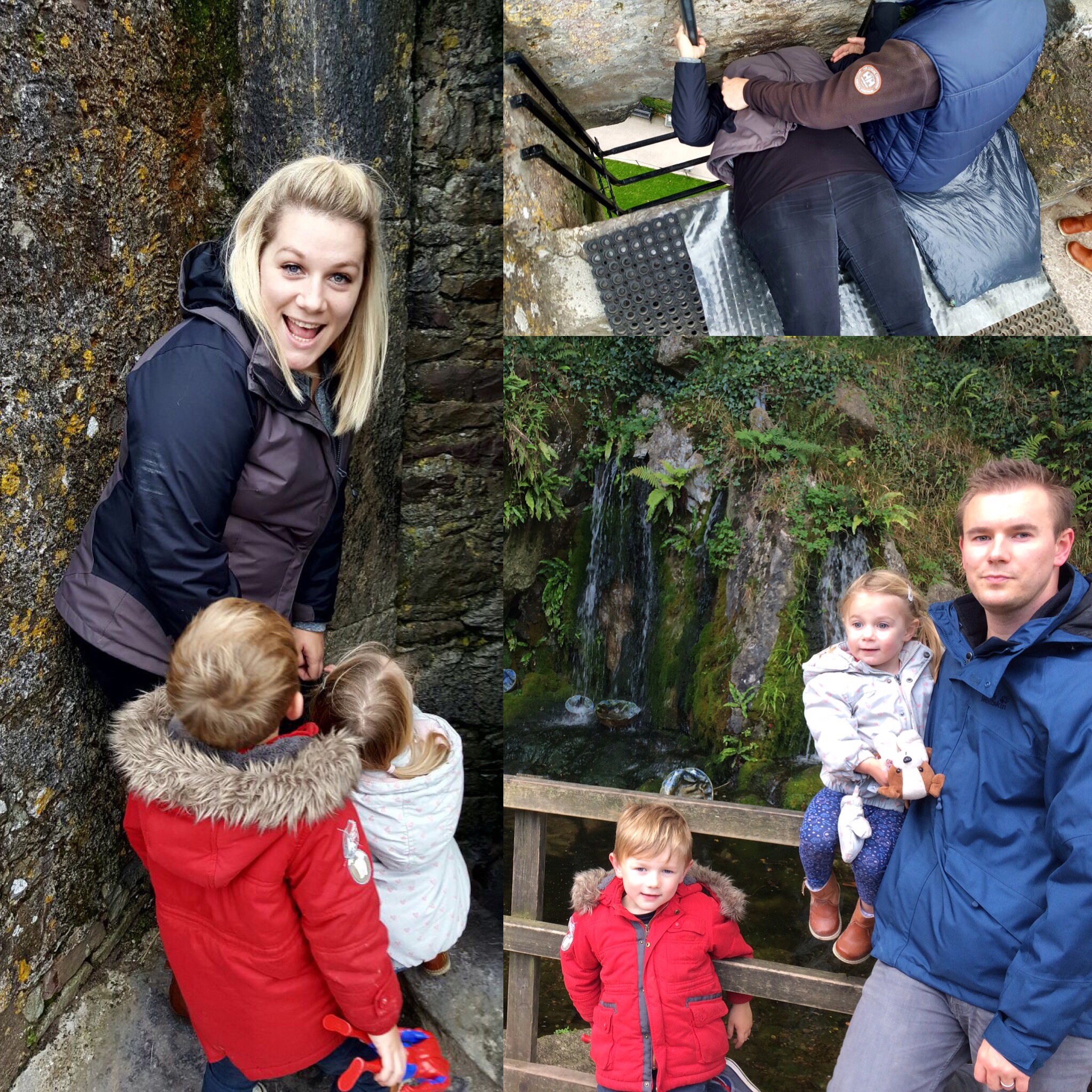 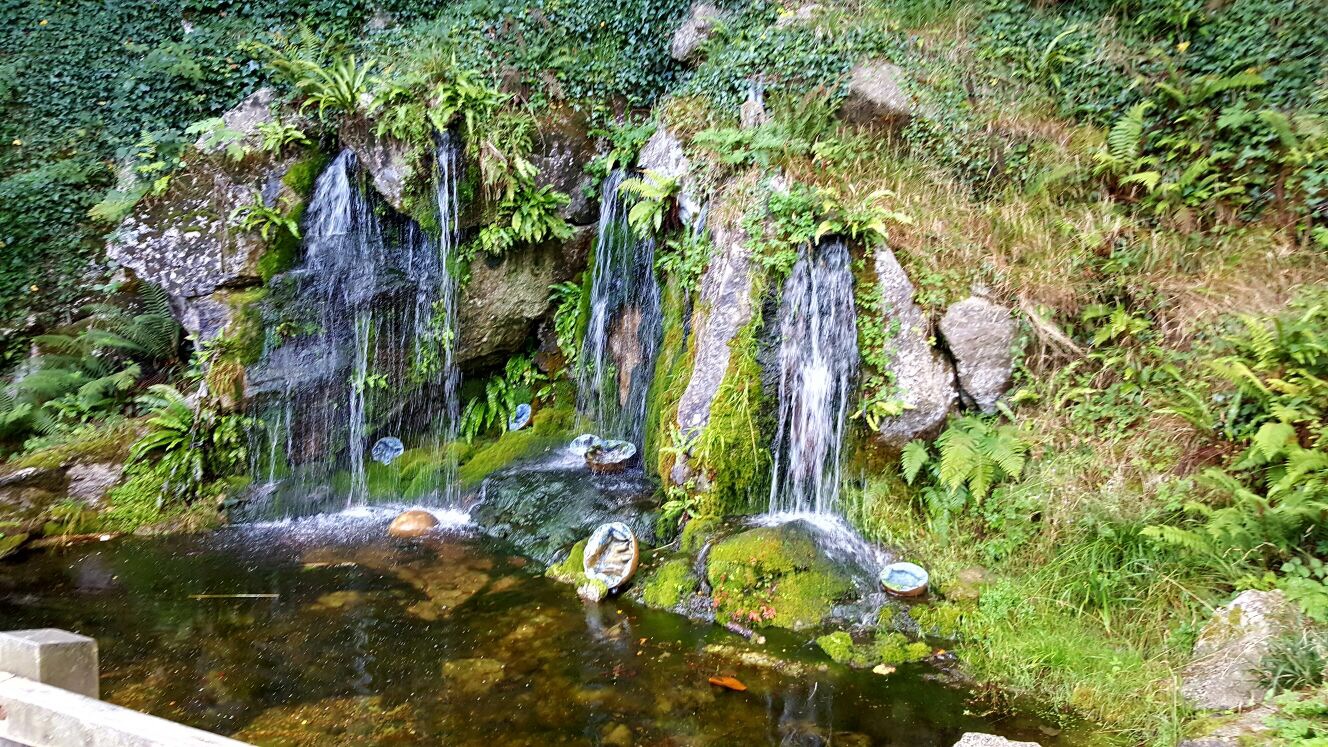 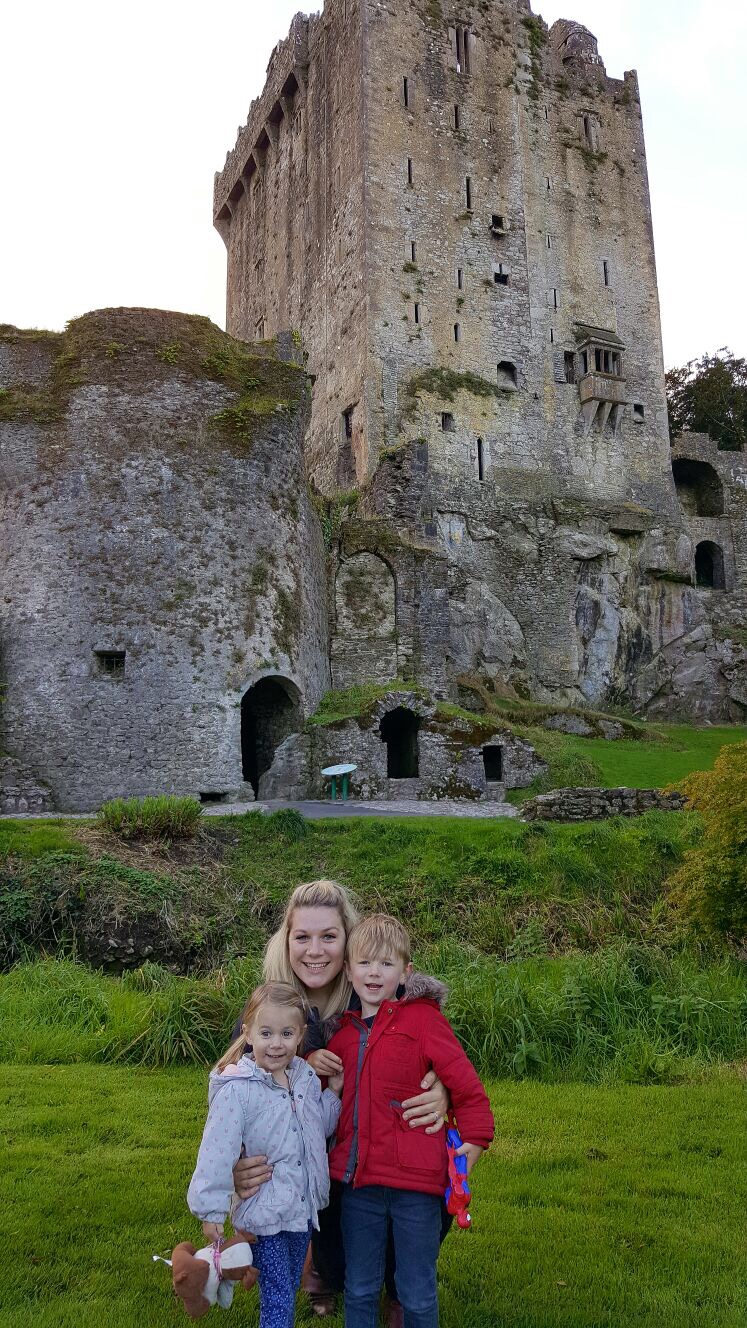 The next day was our last proper day. We wanted to go to Kerry and visit the Killarney National Park. It was brilliant; so stunning. The first place we went was to Ross Castle. It was quite a crips but  stunning morning. The castle was pretty small and you do have to pay to go in. So we decided that we’d just explore the grounds. The lake around it is beautiful and you can take a horse and carriage around the grounds.

The next place we went to was Muckross House. This was my highlight of the second day I think. The house only has organised tours, so I was worried how the kids would get on with it. They were great, though. The guide was fantastic too. Then we explored the grounds and the lake there. Another stunning area – it was all so pretty! 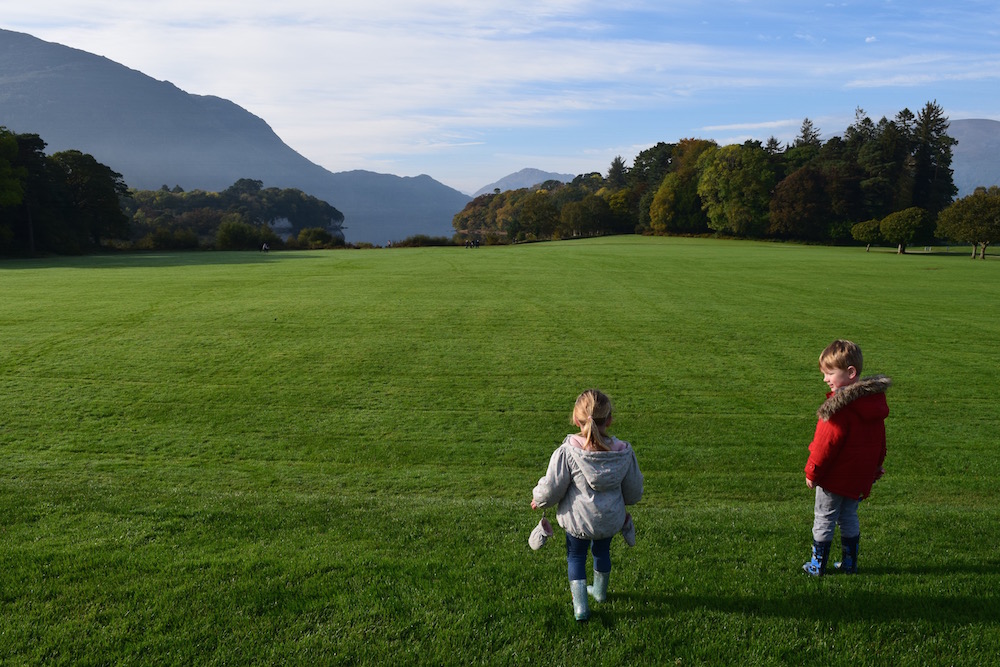 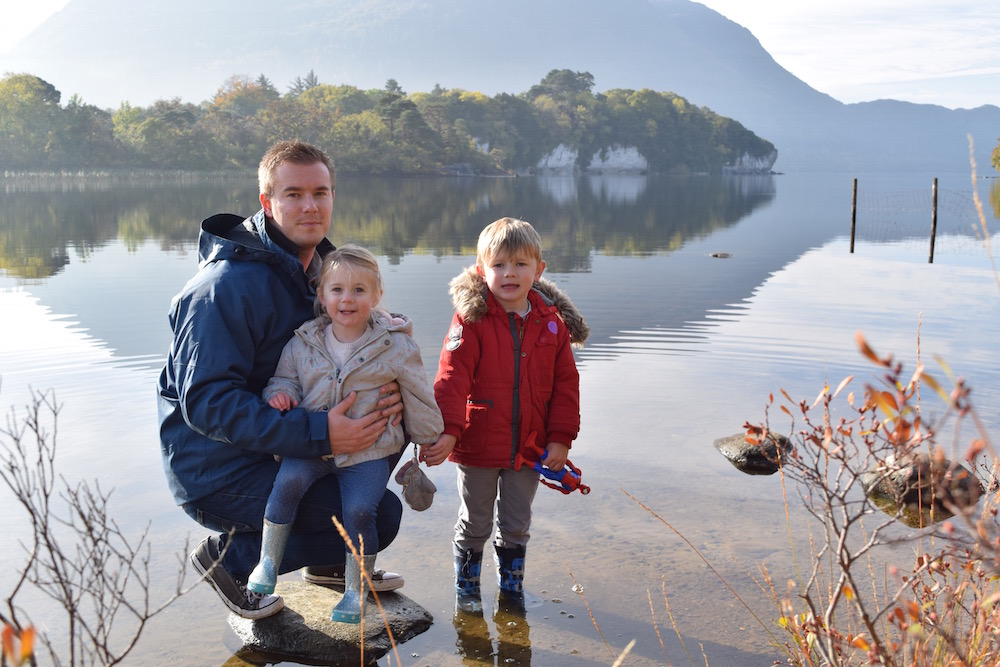 The last stop for the day was heading to Gap of Dunloe. It is just an area of the national park where you can climb and walk. Cars are restricted at a certain point so you can park up and then walk up (or take a horse and carriage). It, of course, was another beautiful area to visit. Ireland is so stunning. Max was a little mountain goat and was dashing up the hills. He kept wanting to go higher and higher. I had thought that hiking trips would be off the cards with little ones but he might just manage one fine. 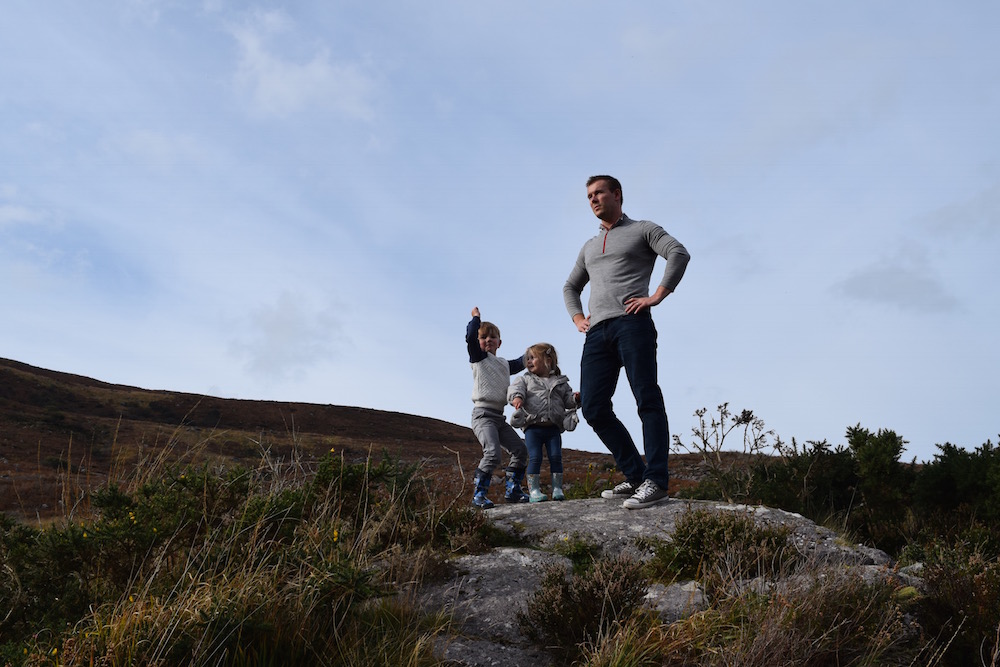 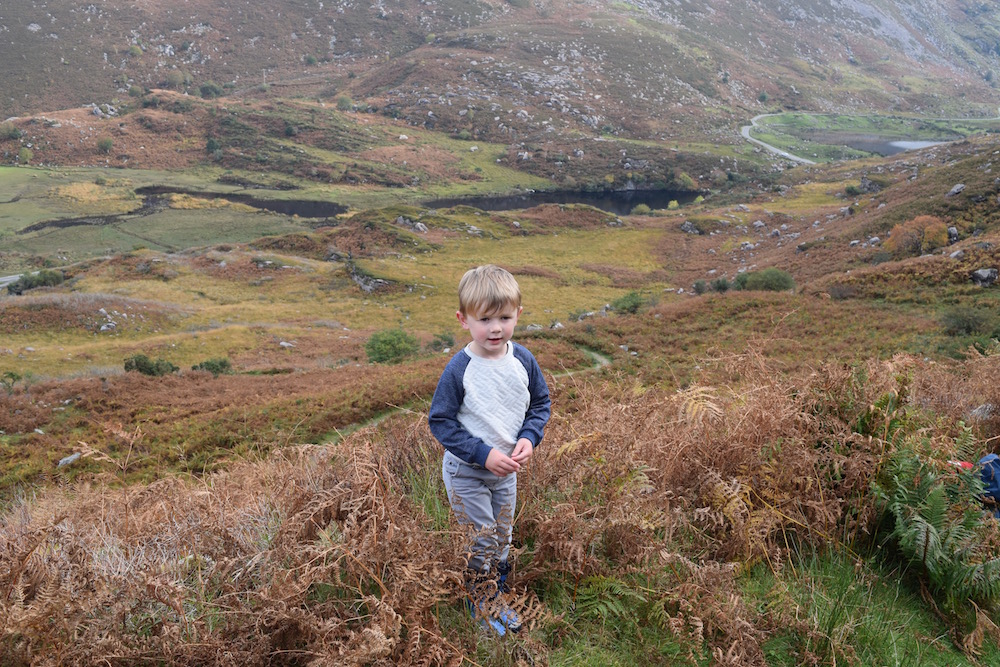 We stayed for one more night, but it was literally to get up early and head to the airport. We had another flight delay on the flight home, but this time it wasn’t on the plane, so at least the kids could run a round a little. There isn’t much at Cork airport, though.

I would love to explore some more areas of Ireland in the future – we loved our trip. Max said when we got home  that it was a really great holiday. So turns out you don’t have to go too far abroad, to create some fantastic memories.