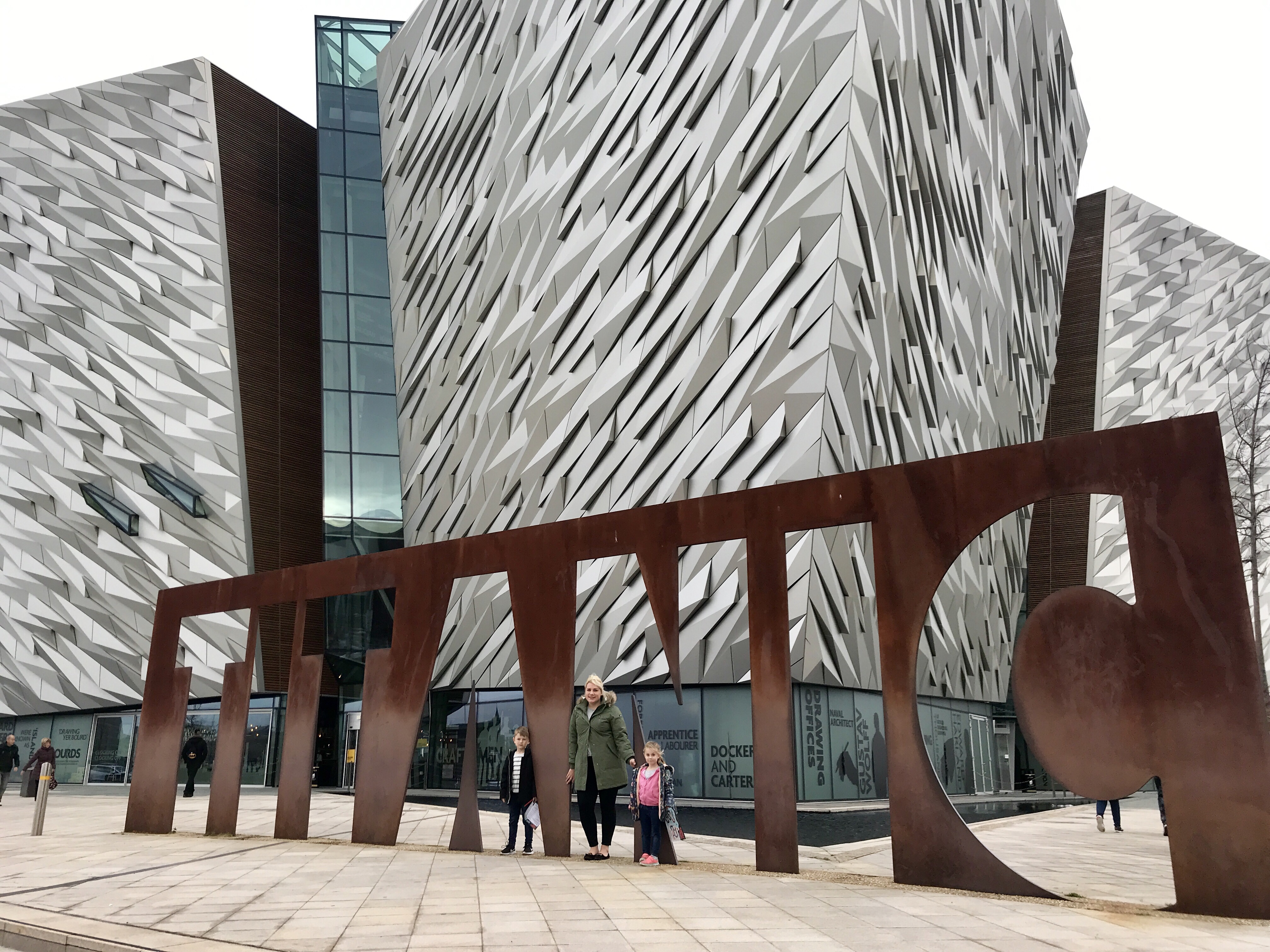 It feels a little strange writing this when some people are right in the middle of their half-term still, but ours was last week. We took a little trip over to Ireland (both Northern and Republic of) and this is the first post about what we did over there. We did a similar trip two years ago when we went to Ireland in the October half-term, but went to Cork and Killarney then. This time it was Dublin and Belfast – we had such a great time!

One of the things that we wanted to make sure that we did was go to the Titanic Experience and the SS Nomadic while we were in Belfast. We were lucky to be staying with Premier Inn right in the Titanic Quarter, so it was only a couple of minutes walk from the hotel to the two attractions that are within minutes of each other. It was the perfect spot to be, as it has been recently regenerated, and it also meant no driving around in actual Belfast itself. 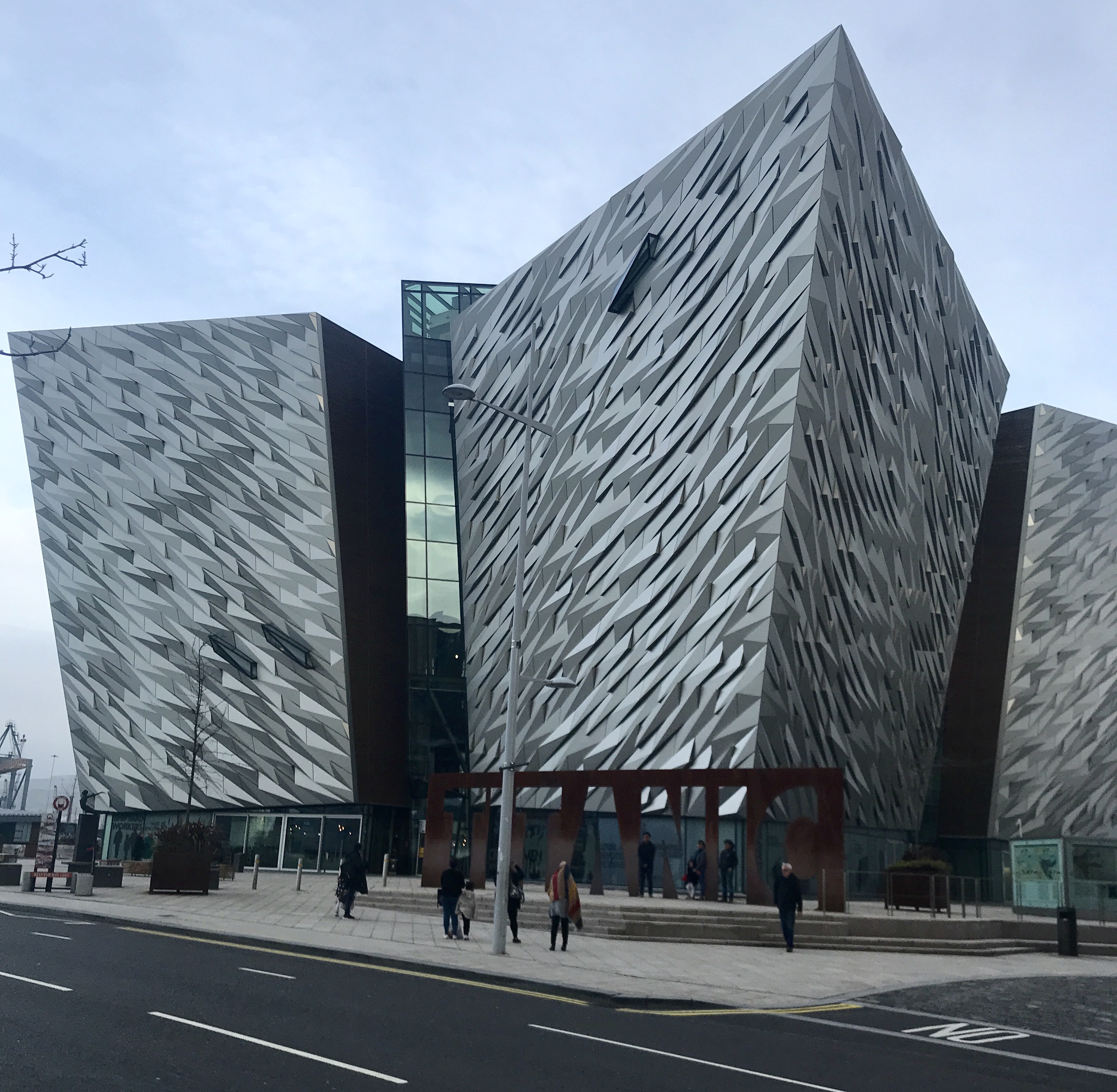 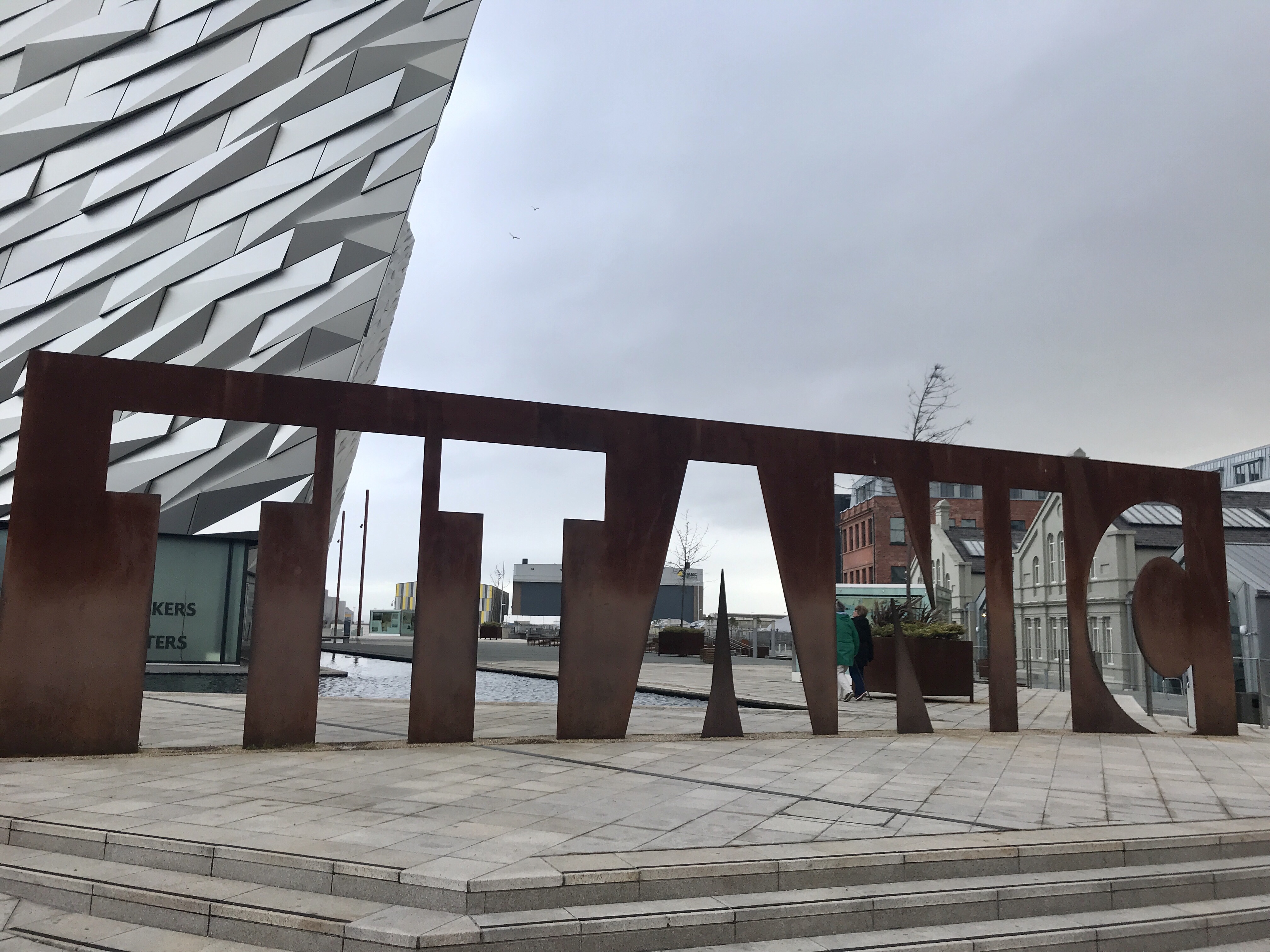 The Titanic Experience Belfast has been a bucket list item for both the husband and I for quite a while, so we were so thrilled to be going to it. As with anything like this with kids, I did wonder how they would get on. It isn’t super thrilling for them (aged 4 & 6), I’ll be honest, but there were several things that made the experience much easier with them and kept their attention so we could actually read what was going on.

WATCH OUR VLOG OF THE DAY HERE:

For starters, at the entry point, you are given the choice of following a family trail with a paper and pencil for each child. They can follow along a map of the route that you take in the experience and look for different soft toys and mannequin people along the way. My two love anything like this so it worked really well. The promise of a certificate at the end of it is always a good thing too!

There were quite a few interactive things at both the SS Nomadic and Titanic Experience, like puzzles, as well as buttons to push, videos to watch, and even a ride inside the Titanic Experience that talks you through the construction of the ship itself, as that was where it was built. There were places to sit along the way too, so as far as museums go with young children, this worked out really well. 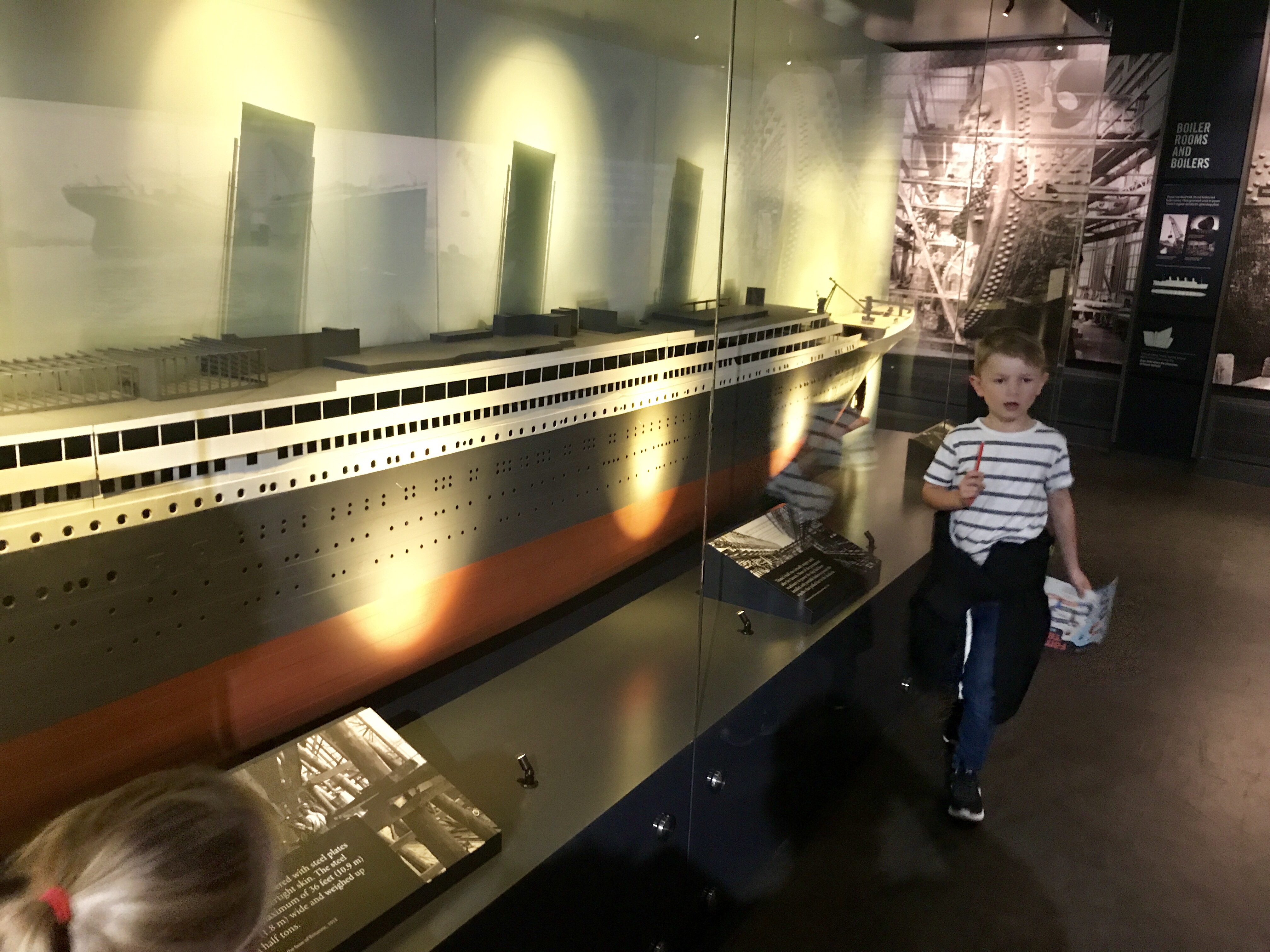 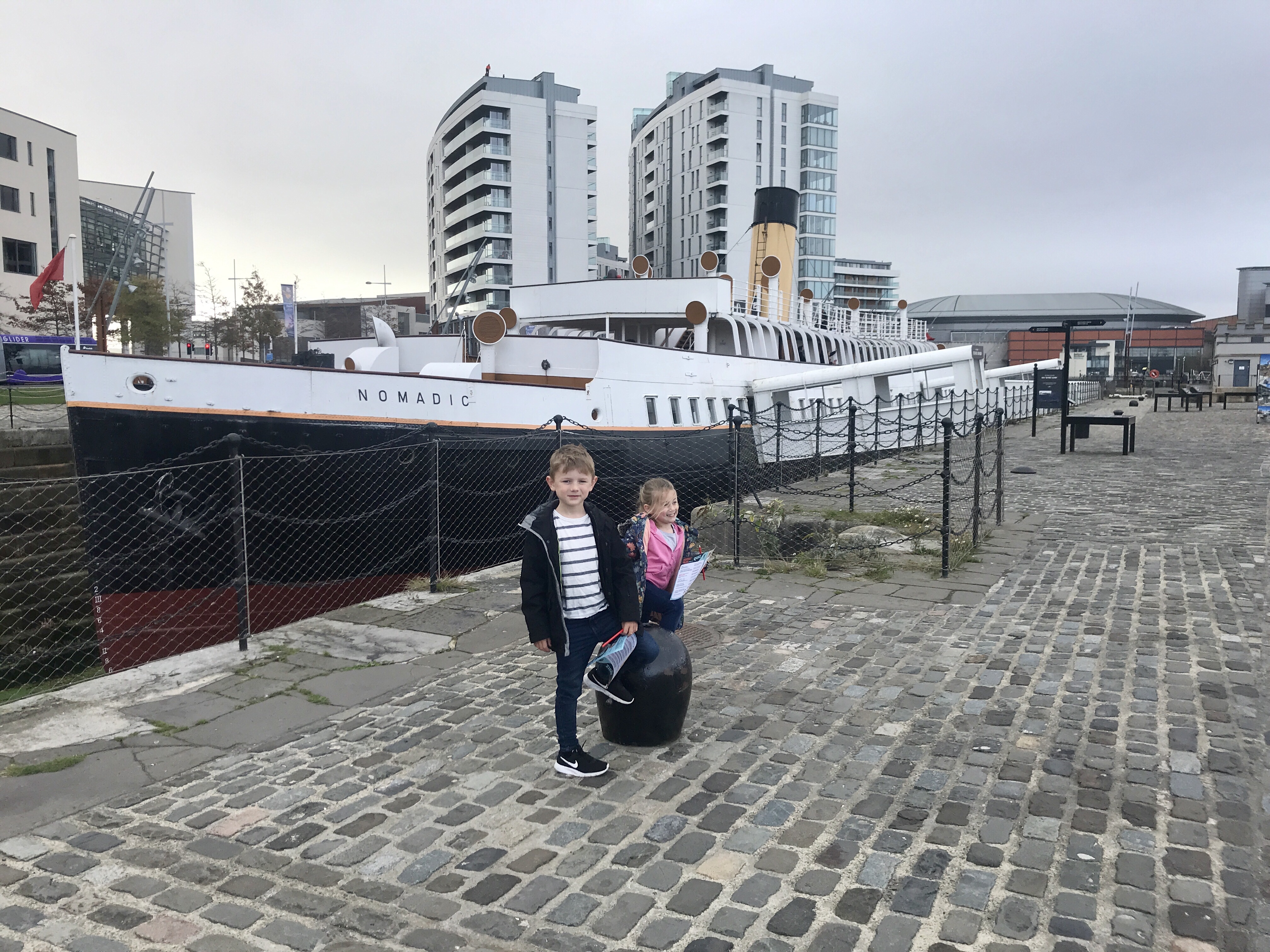 Because the kids were entertained somewhat, it meant that we could really read up about about all things Titanic, as well as how SS Nomadic was used to take people to the much larger ship in the sea. The whole thing really fascinates me, as it was just such a needless waste; it could have been avoided. The artefacts that they have, as well as quotes from survivors was so interesting to me, and it just made the whole disaster of the Titanic so much more real to me. I’m so glad that we go to go.

The cost of entrance is £18.50 for adults and £8 for children (with children under five going for free). I think what you get and for how long you can spend there, it really is good value for money. We really enjoyed our day at the two experiences and learned a lot.

Have you ever been to either of these? Have you been to Belfast before? It would be great to hear what you think.

*our entrance tickets were gifted in exchange for this content, but all words and opinions are my own. I only recommend things that we actually enjoyed, and this ticked all of the boxes for us.