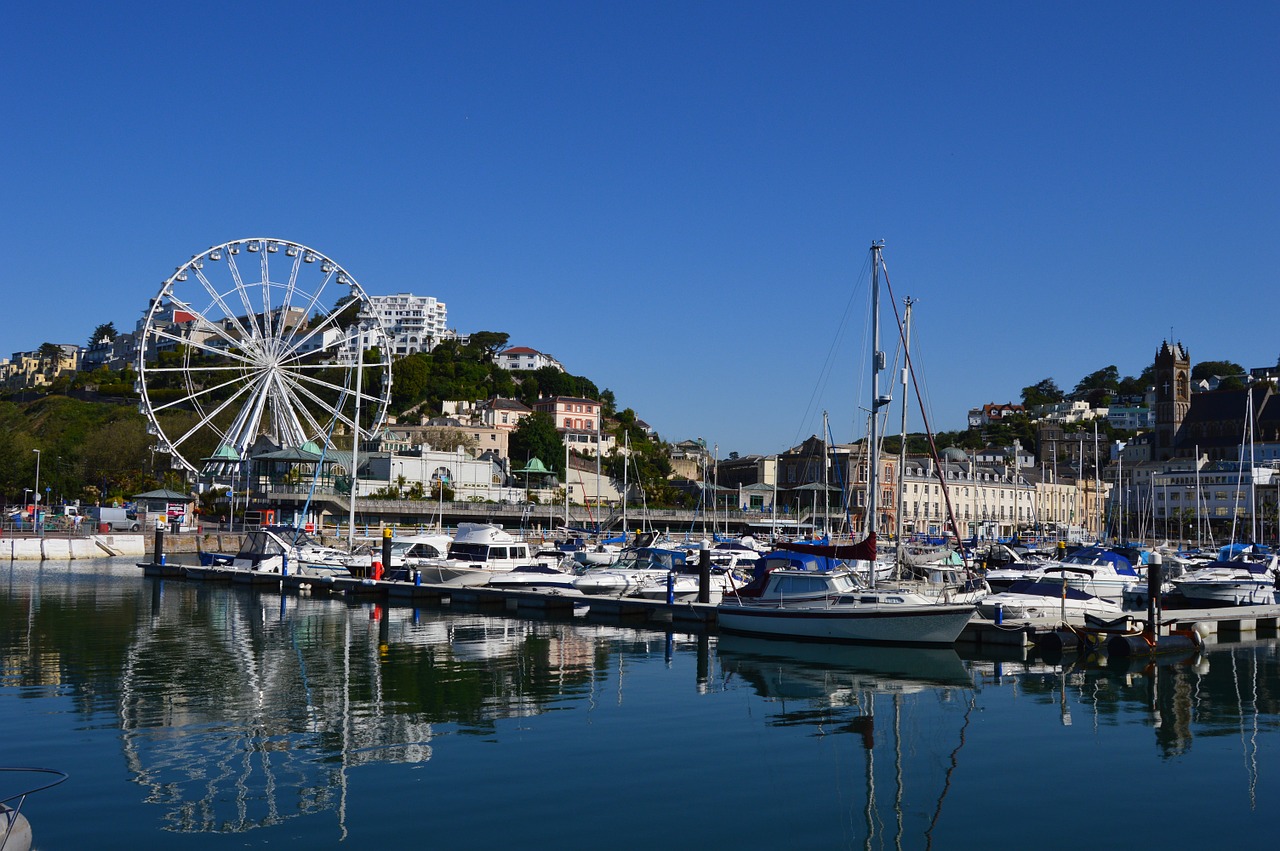 On our trip to South Devon at the start of the summer break, we were staying a great location, right in the middle of the south Devon area, with access to places like Brixham, Broadsands, Paignton, and Torquay. All of which I had never been to since I was a baby! So I was looking forward to seeing what there was to offer for families.

One of the places along the English Riviera that we went to, so good we went twice, was to Torquay. It is a pretty little town right by the sea, with the most idyllic harbour. It it was to see why that area gets the riviera nickname after going to Torquay. Plus, my sisters and I thought it sounded rather foreign when we were little. So you know, one can pretend.

There are plenty of your standard restaurants to eat at there, so it is a good spot for an evening meal. Not to mention that the parking is free after 6pm. Such an amazing discovery, as you do not get any of that in Surrey! But other than eat, there is plenty to see. Here are some top picks of the sights and attractions in Torquay.

If you’ve got a sweet tooth than a stop at Rolys Fudge right by the harbour is a great idea. The Devon fudge shop has a few stores all around the country. But you want the original and best, right? There are all different kinds of fudge to try, and even ice creams to choose too. I bought some as a souvenir for the hubs (the fudge that is, not ice cream), and he bought some more online afterwards. If that isn’t a seal of approval, than I don’t know what is.

The most striking thing about Torquay is the stunning harbour with all different boats to look at. Not to mention the cute ferris wheel on the bay, and the high cliffs and colourful buildings. So an evening time is a good idea, just as the sun is setting, to have a mooch along the harbourside. It is a great photo spot and is a fun way to see the place. You can go crabbing in the harbour too, and there are plenty of stops close by selling all of the gear for you to give it a go.

This model village site is a little out of Torquay, but it has such good reviews. It is a little pricey, but if you plan to make the whole day out of it, then I think it would be worth the money. They do a late night on a Thursday too, with the model villages all lit up.

This is a great spot for families, with lots to see and do. It is a stunning area that is even pretty educational for little ones, with thatched roofs on display and other cute things. There is a nice pub, as well as space to take a picnic and play. You can’t go too far wrong with a cute little gift ship either, right?

If you know my two kids then you will know that they are pretty much obsessed with anything relating to dinosaurs. So this makes it a great place to take your kids and learn about dinosaurs. You can sit on some dinosaurs and do fossil finding in the sand, draw dinosaurs and just get pretty hands on. It is pretty reasonably priced too, with it being just over £6 for an adult ticket.