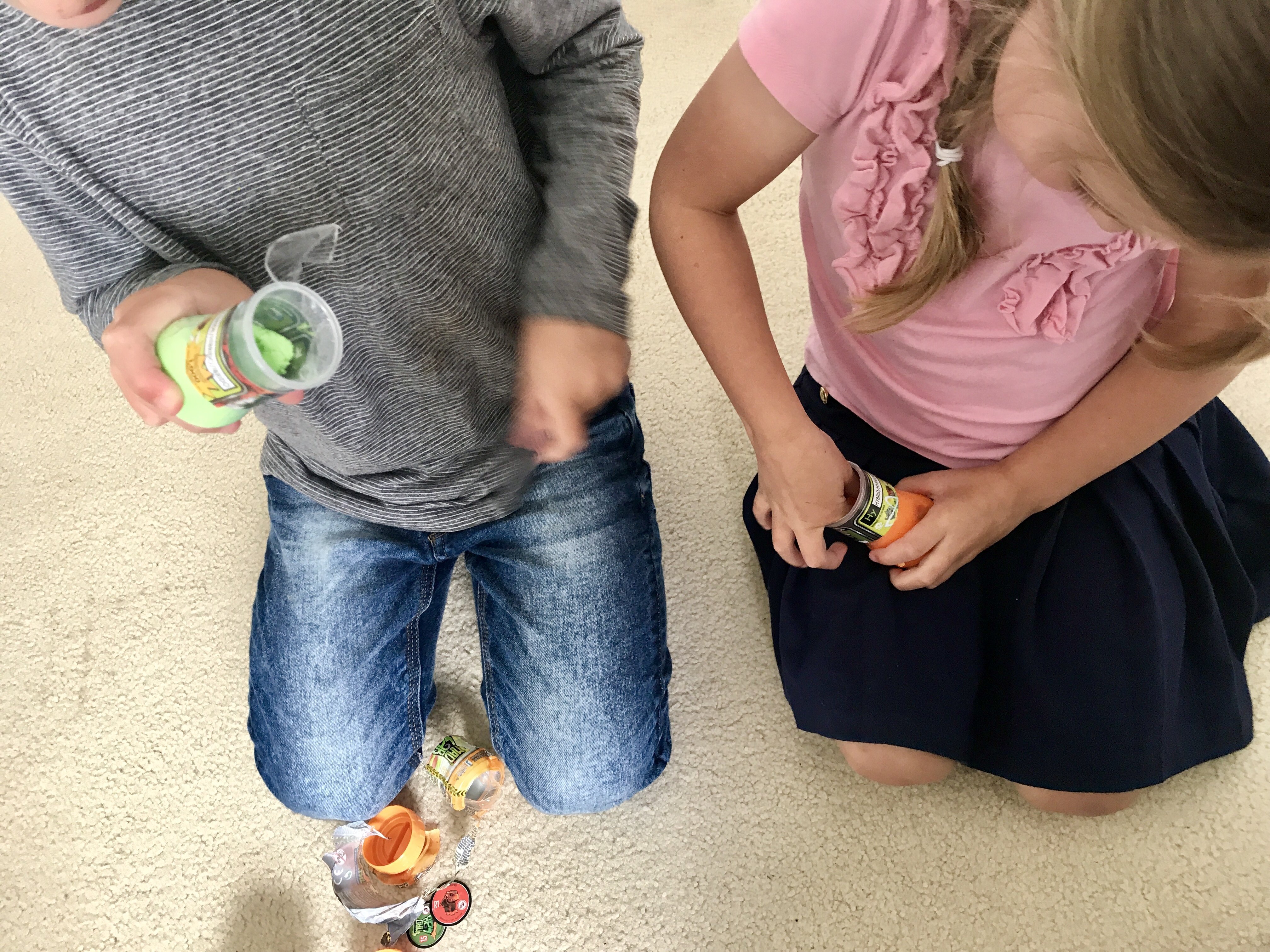 I don’t know about you but I often get stuck what to get my children for presents, and even worse when it comes to what to get for gifts for other children when they are invited to parties. So when I was asked to review some toys with my children, from the UNTAMED collection, I thought it would be a great way to see what works and what could be good to get for others. The kids and I have seen the ads for them on TV, so were excited to try them out for themselves.

The first thing we tried out was the Untamed Light Up Dinosaurs. Fingerlings themselves are really cool anyway, but this dinosaur has some pretty cool features.

Once the fingerling is simply switched on with a switch on its head, it will move the head, make noises, light up, and even blink. But they react to sound and touch, so if you talk to it, stroke it, or even have another fingerling for it to talk to, then it will start making noises and reacting to it all. You can run the noise, move it upside down, and even sssshhhh it to sleep.

In the ‘untamed’ mode, then that is when the lighting up really plays a part, as it makes it look like they are lighting up and even breathing fire. By stroking them on their head and neck, then it can help to ‘tame’ the dinosaur. But it doesn’t last long, so that is all part of the fun of having one (or two).

I think the price at £14.99 is really reasonable, and an be found online at places like Amazon, as well as plenty of other retailers (listed below).

One of the second things that the children have been trying out is the Untamed Mad Lab Minis. They are pocket money toys really, and a small size so makes them easy to collect. They are really fun for kids as there is the fun of unveiling the ‘DNA’ and seeing the details about what you have inside your little tube.

As part of that the children can see the rarity of what they have, and then there is the extra fun part of extracting the creatures from the tubes; Max had kinetic sand, and Chloe’s was slime (so safe to say they were very happy with what they had). There was a dragon and a wolf, and they can be mutated if you have more than one, to be half dragon or half wolf, and so on, as the pieces click together and can be mixed and matched. So another fun and ‘mad scientist’ element to the toy.

Have you ever heard of any of these before? It would be great to hear what you think. My two have been very happy with them and want to start collecting.

They can be found at retailers like Amazon, The Entertainer, Smyth’s, ASDA, Argos, Tesco, Sainsburys, and Hamleys.

*Products are gifted in return for review. Opinions are my own.