I am going to start doing a few posts on here where I have tried out and tested finds on Pinterest. There is a brilliant website here about Pinterest fails that is a crack up to read and gave me the idea. You see all of these brilliant posts and ideas (I am probably just mean but surely some people just have too much time on their hands?!) so I will put on here things that I have tried that have actually worked and my recommendations for them. You can then pin to your boards too 🙂

The hubs loves white chocolate so I originally made them for him as a treat. We recently had a recipe swap at church and I asked him what I should take. He immediately said blondies – they must have been pretty good then 😉 he especially liked the white chocolate chunks in them.

The original link and recipe is here. I would alter the cooking time though, depending on how you like your brownies. I like them kind of gooey. If you do too, I would recommend taking them out 5 minutes earlier than the recipe states otherwise they are quite cake-like.

They are easy to make and a nice alternative to regular brownies. I think adding chopped nuts, like walnuts, would be a nice addition too. 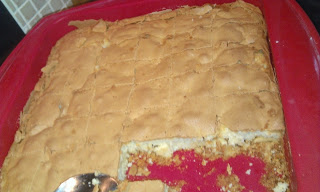 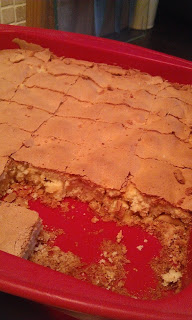