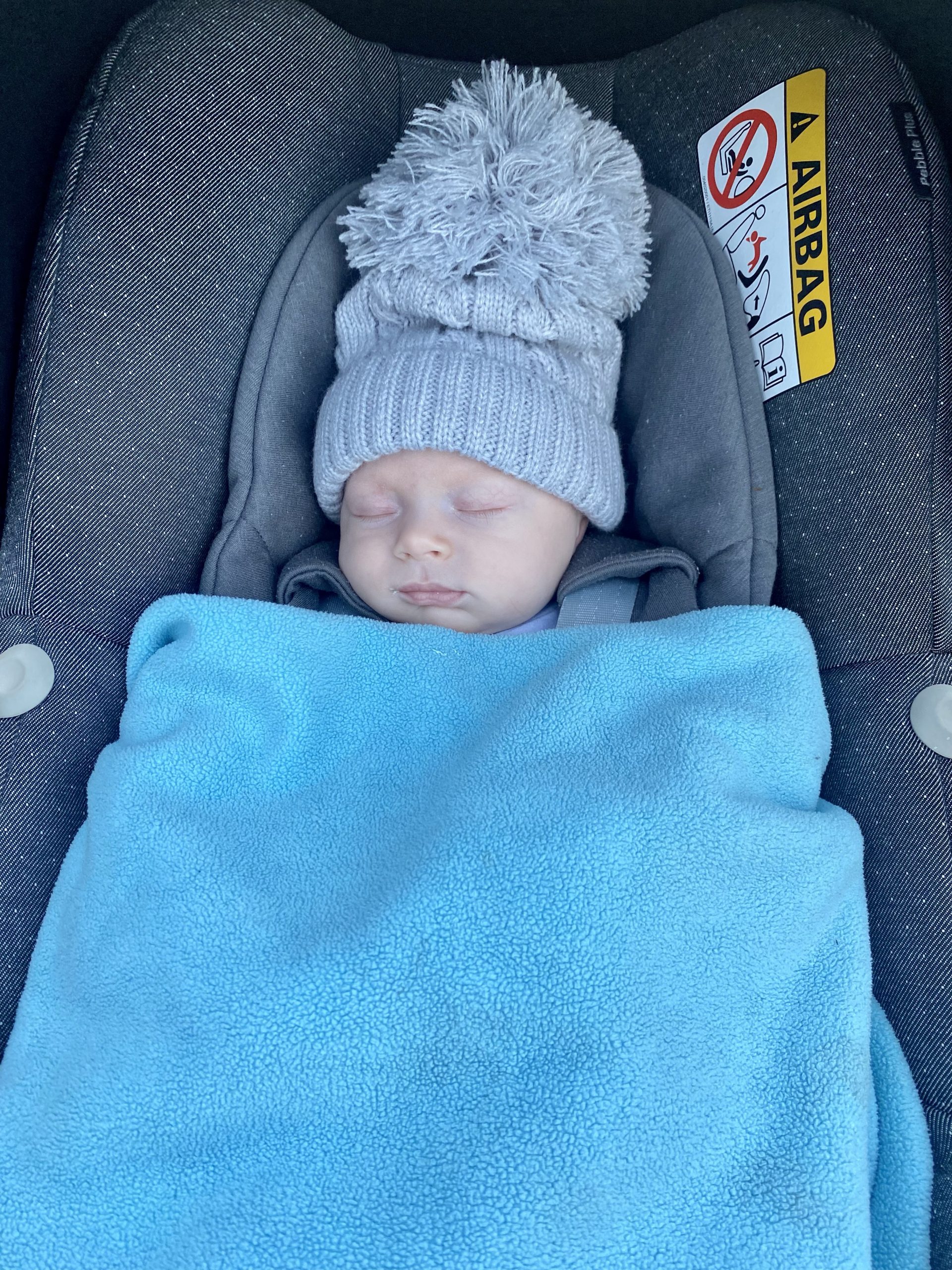 I can’t quite believe it, little Mason is now two months old! The trauma of his arrival seems like a distant memory now, thank goodness, and we’re getting to grips with life as a family of five.

Early days and to tongue tie

Things haven’t been as smooth sailing as I had envisioned. Mason has tongue tie, which was identified the hospital, but they didn’t do anything about it and just wanted to see how things went. He took longer than normal to regain his birth weight, which will have been down to this. He was never satisfied with feeds to start with, which meant they took hours and hours; literally. So that was hard to start with. He is having mixed feeds of formula and breast milk (either expressed or at the breast) and that has helped massively. He should hopefully be having the tongue tie dealt with next week, so I plan to go back to just breastfeeding if this sorts it, as that is what the plan was originally.

Last time I had a baby I also had a toddler. So although life was physically exhausting, we didn’t have anywhere to rush off to especially. Max hadn’t even started nursery school yet, so we could have slow mornings or not even leave the house on some days if we didn’t need to. When you’ve got a baby, but also got a ten year old and a seven year old, life looks very different. Nothing stops for them, so it’s constant clock watching to check when Mason was last fed and if it will fit in with piano lessons or football, as well as school drop offs and pickups.

Speaking of which, I was very lucky in that I didn’t have to do a school morning run until Mason was about six weeks old. With Mr U off for paternity leave to start with, then working from home, and then my mum coming to stay and help, plus getting COVID meant no school for over a week, it all meant that Mason and I could just get to grips with feeding and sleep a little longer if needed. Now work from the office is back on, Mr U has been going to London more often. We’re getting used to things though, and the days where he isn’t working from home means Mason and I can just do our thing together.

It still seems a bit mad to think that I have three children! We were all at the supermarket earlier and it felt like a bit of a circus with baby, baby bag, car seat, and two older children all gathered around one trolley. But I know it was meant to be, even if the age gap wouldn’t have been one that I would have planned myself.

Maternity leave has had a bit of a mental start to it. For those of you that don’t know, as well as being self-employed with my blog, social media, and copywriting, I am also the director of a childcare business. I still do the invoicing and so on for it, but an employee got COVID and was off for two weeks and tests were still showing positive for the full ten days. This meant that I needed to cover some of her (early morning) shifts or we’d have to close. It was not ideal, but honestly, Mr U was amazing help and my mum generously came to stay for a couple of nights too to help.

It’s been a little less than conventional start to things, but Mason has fitted right into our family and is adored by us all. At least with the age gap I’ve got some great helpers who help feeding him a bottle or folding the washing, for example. Life is busy but I am loving it!