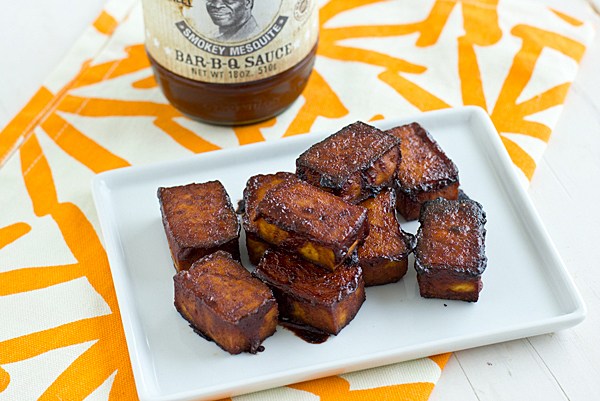 Going to an omnivore’s barbecue can be quite awkward for a vegan as most foods that are cooked on the outside grill are all sorts of different meats. As a vegan, you will know that barbecues do not have to serve up those types of meals. There are plenty of meat alternatives that you can cook on the grill and still enjoy great tasting food.

Because it’s the summer time, supermarkets are currently offering many food discounts so stock up on your favourites and get ready to hit the grill. Here are some meal ideas that you can use for your next party or suggest to a friend so they can dish out a vegan friendly option.

A lot of people may not be into the idea of eating tofu.  They may think it has no real taste or the texture is too weird.

Sticking it on the grill though is a completely different matter. Instead of being its usual soft self, it toughens up both on the inside and the outside.

Before sticking it on the grill, roll it around in some BBQ sauce.  Cover every inch of each slice of tofu and start cooking. Keep turning the tofu as it cooks so it cooks evenly and every so often, apply extra sauce to really get the flavours to come out.

If you wanted to take this even further, grill some peppers and onions until crispy. Grab some skewers and assemble your own vegan kebab. No doubt these will go down a treat. 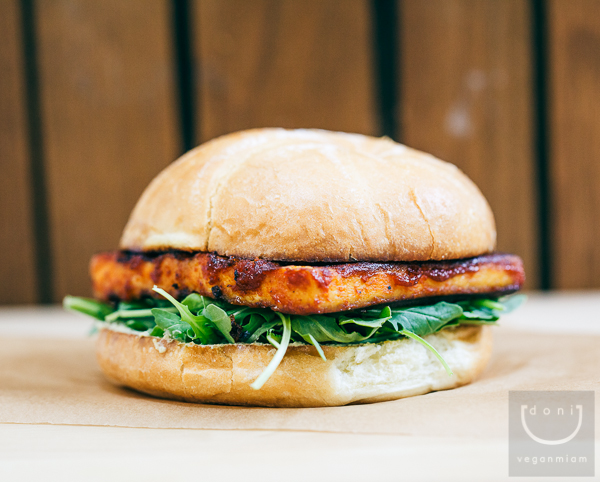 Come on.  What kind of barbecue would you be having if you didn’t have burgers. Of course, they’re not made of meat so aren’t the ‘typical’ burger but actually, tofu provides a far better source of protein than its meat counterpart.

Instead of chopping it up into multiple pieces, slice it up into thin strips and place them on the grill. Flip them regularly until they start turning brown on each side so you know they cook through. As they cook, add some seasoning of your choice to give it some extra flavour.

When they get close to cooking, place the buns on the grill for a few minutes to crisp them up a bit. Place some lettuce and tomato in there, add some vegan mayonnaise and you have the perfect vegan burger. 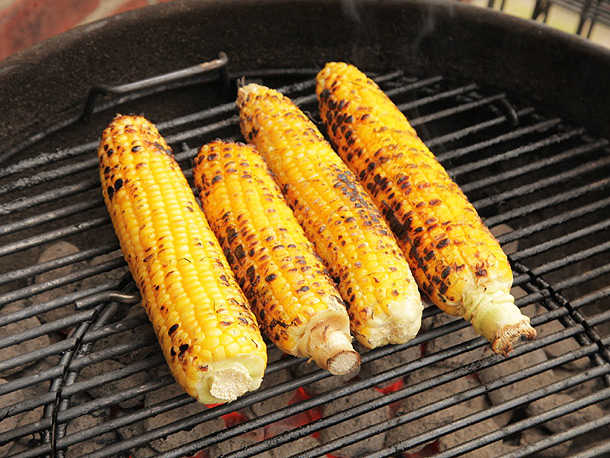 Grilled corn on the cob

A barbecue favourite, these will provide a great option to go alongside your vegan burgers and kebabs.

Brush each corn with some extra virgin olive oil to give it some flavour (and so it doesn’t stick to the grill) and season.  Sprinkle with some exotic flavours if you’re feeling experimental. When each side begins to darken, turn it slightly to get the next section cooking.  Repeat this until each side has been cooked. When serving, apply some wedges of lime or lemon to give it some bite.  Or if you like the taste of corn by itself, just leave it. 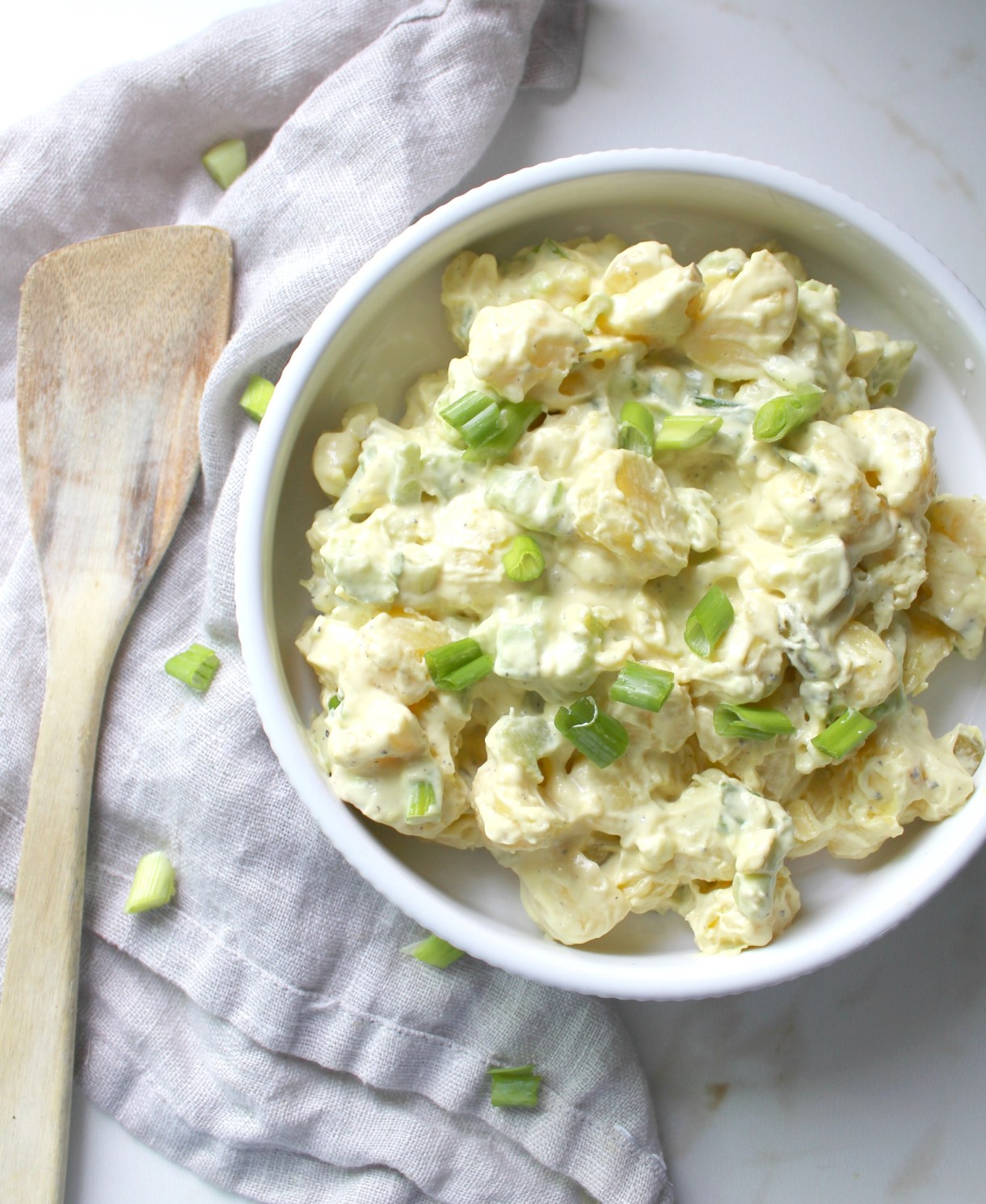 Not everything you prepare has to go on the grill.  A potato salad is the perfect side dish and will be ravished by everyone.

This is a dish that you should prepare in advance.

Peel and chop up some potatoes, throw them into a saucepan and cook in boiling water.  Add some salt for seasoning and when soft in middle, turn off the heat and drain.

Chop up some vegetables and add them to the potatoes.  Red and white onions with leeks are perfect.

Add a generous amount of vegan mayonnaise and extra seasoning to bring out the flavour.

Proceed to stick it in the fridge to cool for a few hours and only take out when it’s time to serve. 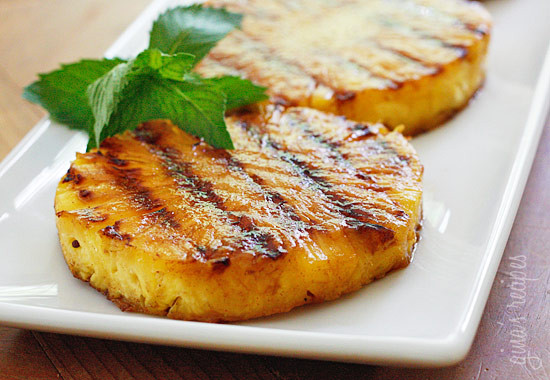 Cooked fruit on a barbecue?  Yes please.  And it tastes incredibly delicious.

This is a really refreshing desert that would go well on its own or with some vegan ice cream. And it’s so simple to make!

Mix together some brown sugar and cinnamon.  Cut up some slices of pineapple and cover each slice into the mixture.  If you wanted, you could add some honey into this too to intensify the sweetness. Place the wedge on the grill and heat until cooked.  You should notice some char marks after a couple of minutes which indicate that it’s time to flip it on the other side.

Becky Gillard is a fashion and lifestyle writer for discount code website MyVoucherCodes. Becky has a Master’s degree in Investigative Journalism and has been working in the digital media industry for over 6 years, with a background heavily focused on fashion and online marketing. Becky enjoys travelling and writing fun and topical fashion pieces.