So, for those of you that don’t know (if you don’t know, where have you been?), there is now a huggge building in London called The Shard. Think the idea of it is to be a destination style building where people would visit to get a look at the great views of London, like you would from the Empire State building in New York. Thing is though, at £25 per person for a trip up a lift, and then to a viewing platform we thought it was a bit of a rip.

So we found a little loophole.

If you book into one of the three restaurants in The Shard, based on the 32nd floor you don’t have to pay to go up (you obviously just pay for the food that you eat). You don’t go to the regular viewing platforms but with views out of every restaurant window, including in the bathroom, you get to have pretty much the same experience.

We picked the one that said it was the most family friendly; Aqua Shard. We checked online at dates and thought that breakfast would be the best option for us. You do have to book a fair bit in advance though (we booked in April and went last weekend, and that was for a 9.30am slot)! But you can do all the booking online and see what time slots are available – there were plenty of 9am breakfast slots!

We were up bright and early to get the train to London Bridge and then we were right there.

The restaurant was amazing! The food delicious and the service was brilliant, for the hubs and I anyway. We had both children with us as  we were told it was family friendly but they were basically the only children there so did feel a little out of place with them. I would recommend taking older children but probably not toddlers. There isn’t a children’s meal option or anything so Max didn’t quite know what to make of his chia seed porridge (though we helped him out, it was lovely). The hubs and I both went for the ‘Shard Breakfast’ which is basically the most posh full-English brekkie you will ever have. Bacon, eggs, black pudding, sausage, ricotta, toast and delish cannelloni beans instead of ‘baked beans’. It really was yummy and definitely cooked in healthier ways than your average greasy spoon. There was of course a veggie option and other things like yogurt, eggs & lobster benedict, granola etc. Definitely got food envy seeing all the different meals for other guests being brought out. 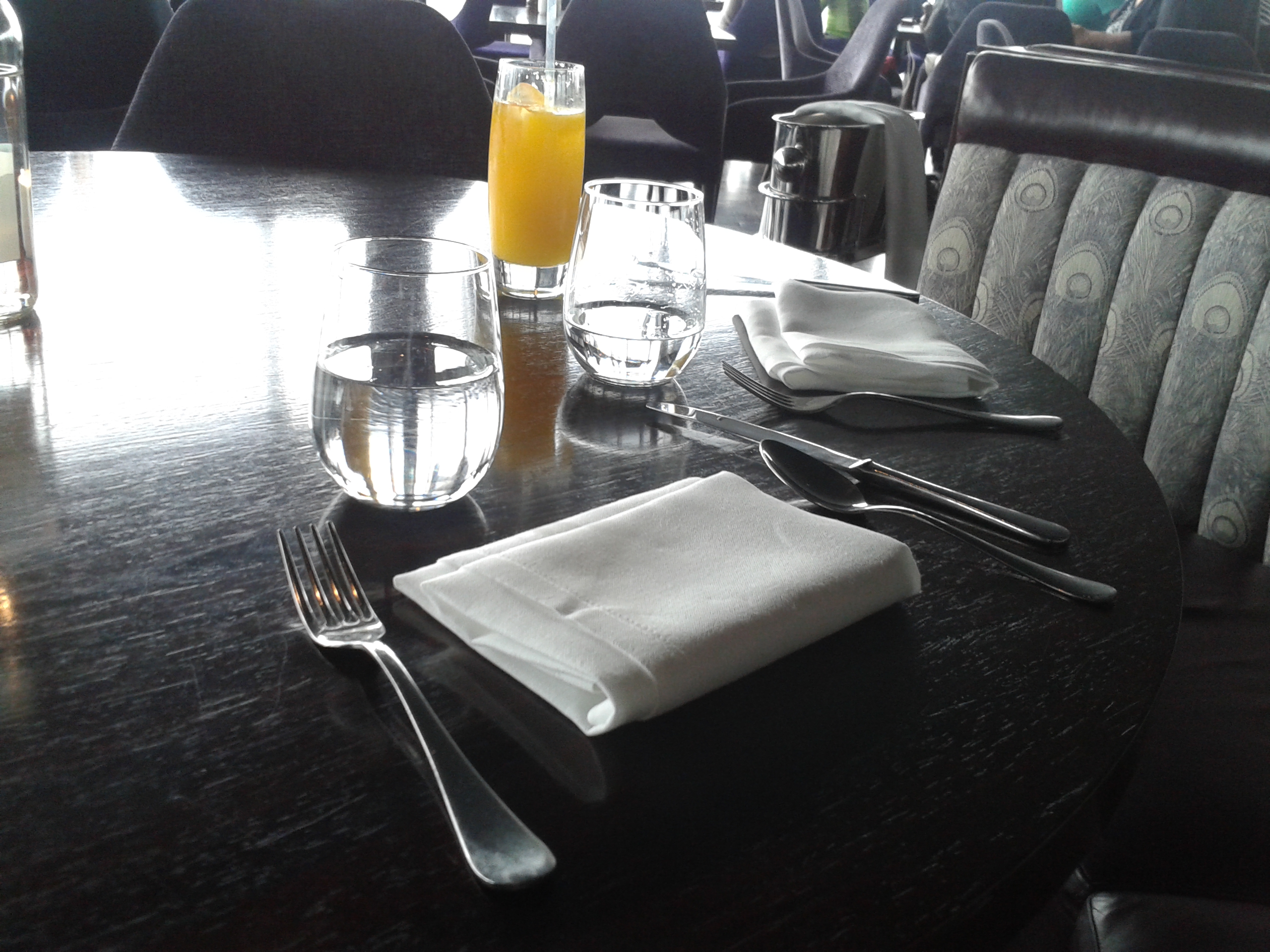 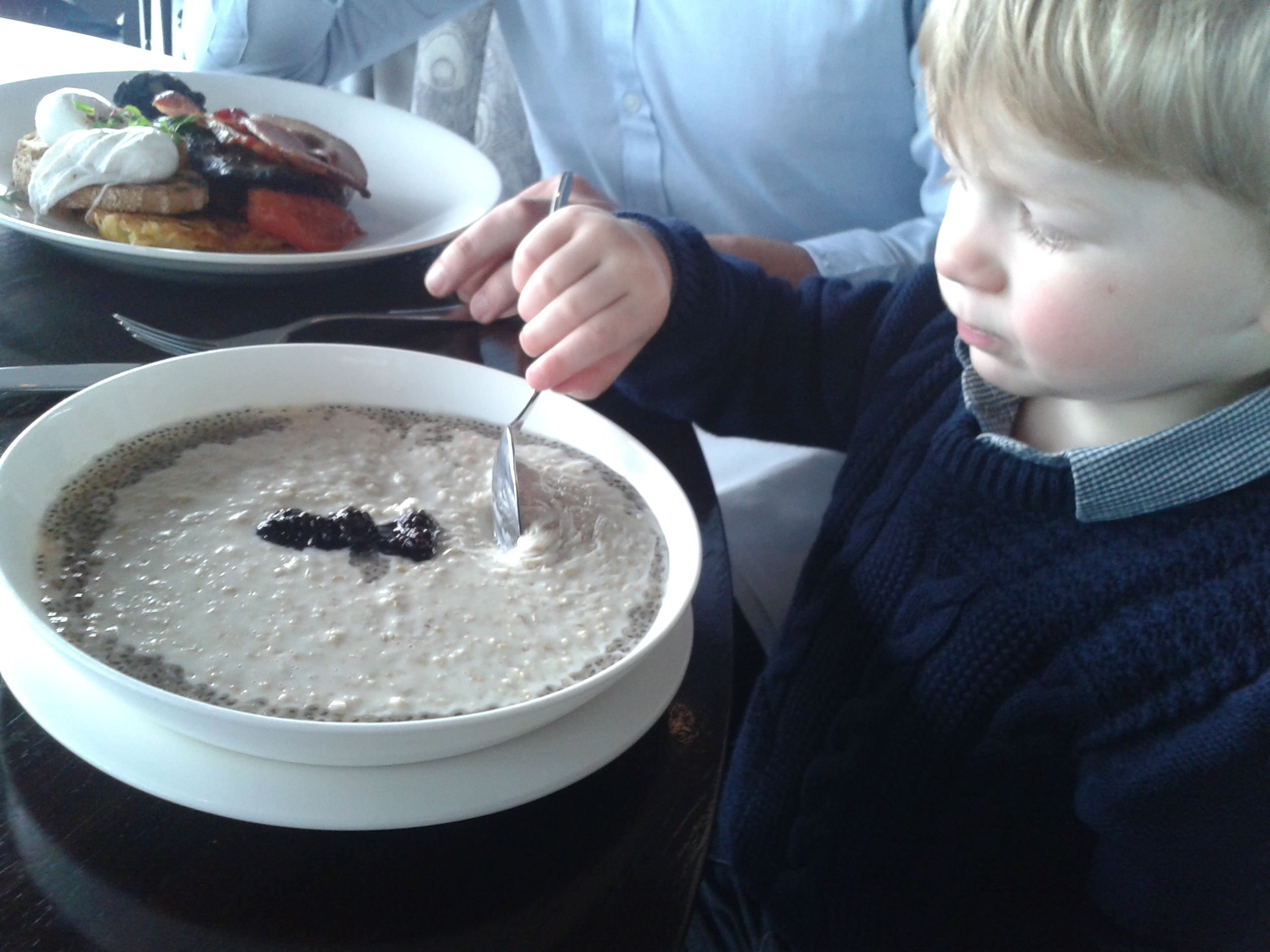 The attention to detail of everything is amazing – probably the nicest loo’s ever haha. It really is an amazing building and the restaurants are so nice. So much glass and mirrors everywhere so it looks fab (but I do feel bad for whoever has to clean it all).

It was a really fun trip out and would recommend it – yummy meal, saves some money and you get the view! 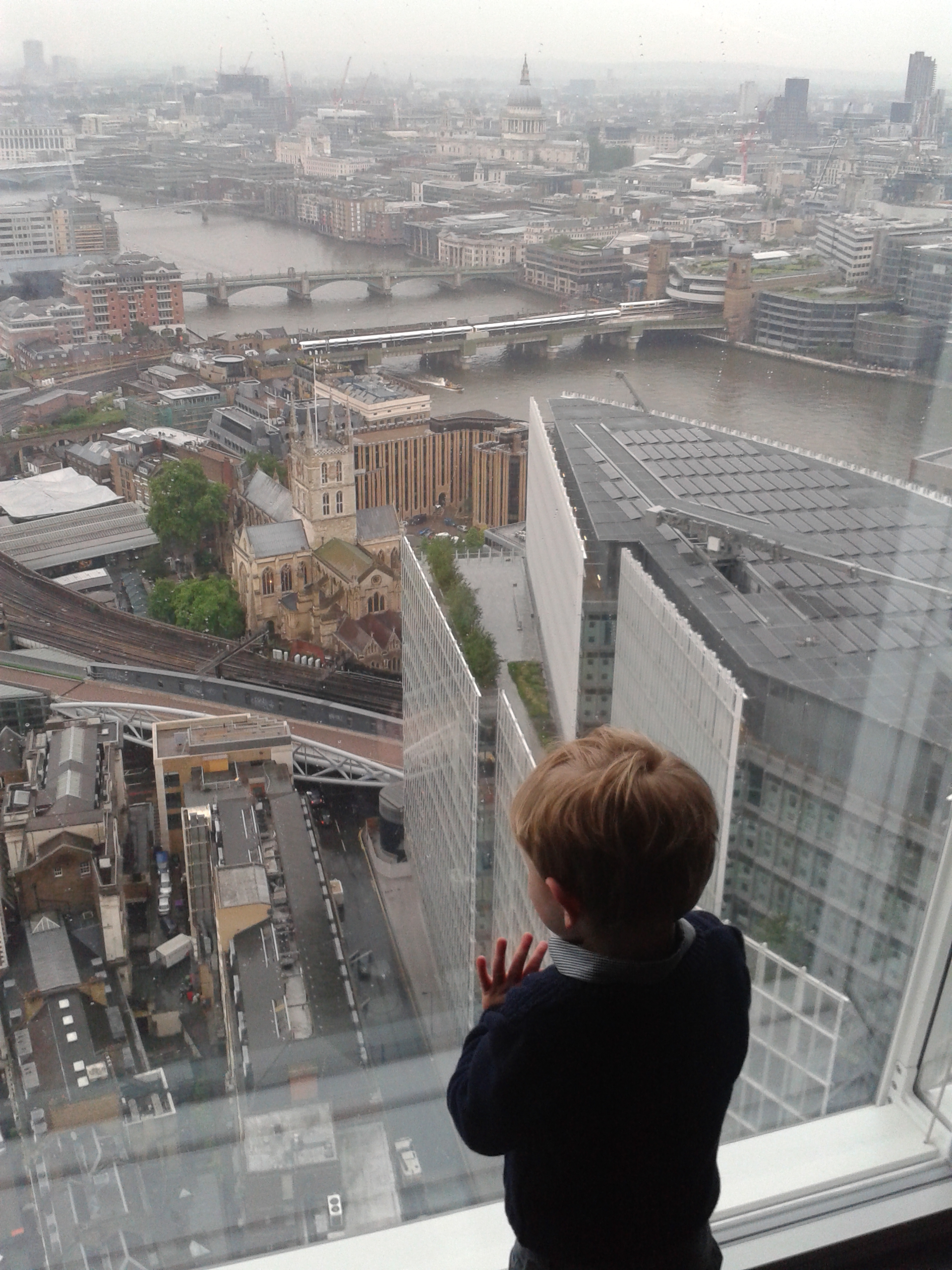