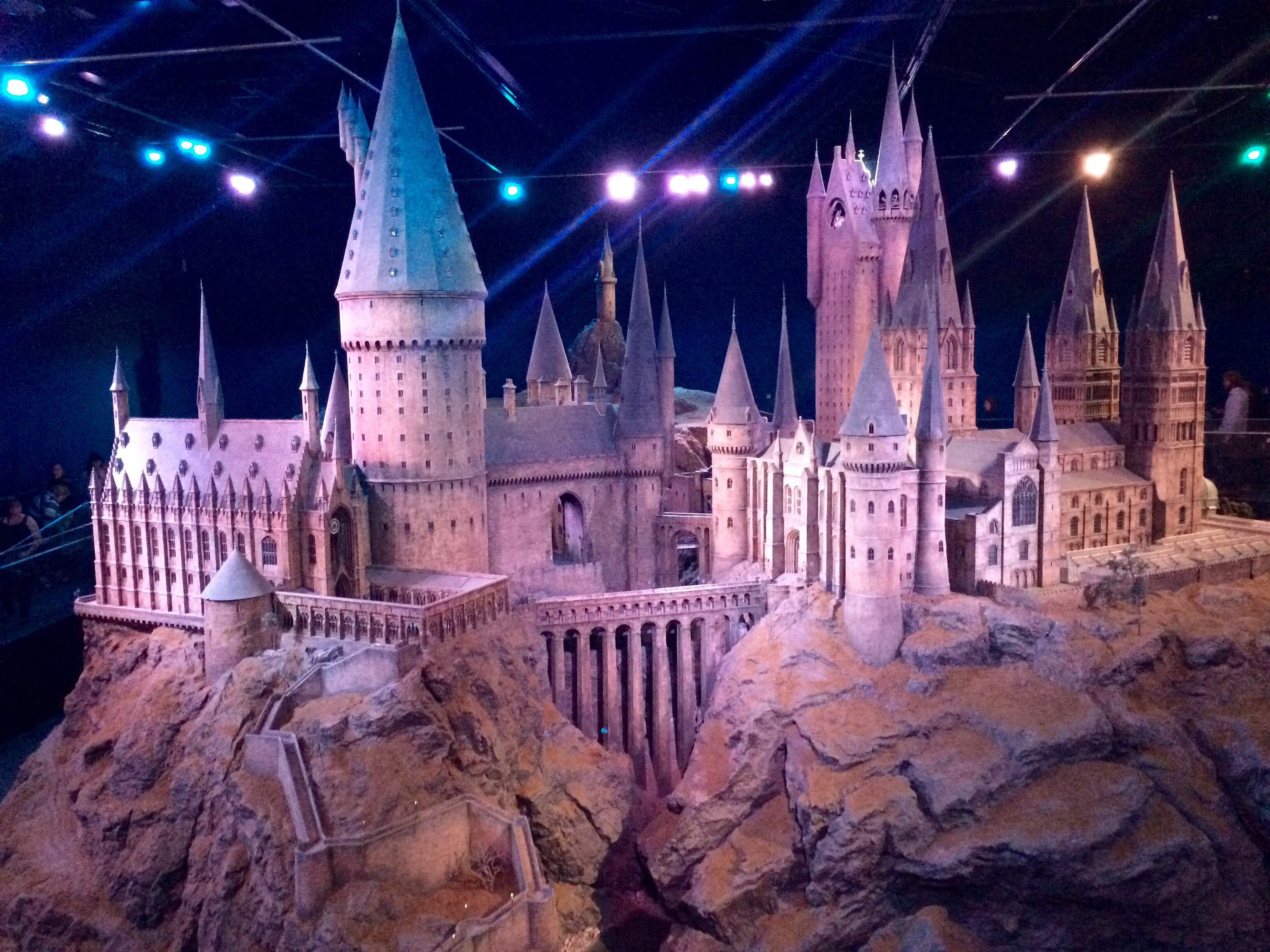 We had a busy weekend last weekend, as it was the husband’s birthday! We had lots of fun and did quite a few different things.

Saturday started with waking up the husband to open presents and head out for breakfast. One of our favourite places to go for breakfast is Bill’s. I love the variety that they have and it is pretty healthy too. The kids love the pancakes that they have as well. So it is a winner with all of us. After a quick mooch in town after breakfast to get a birthday cake, we headed back home for an hour or so. 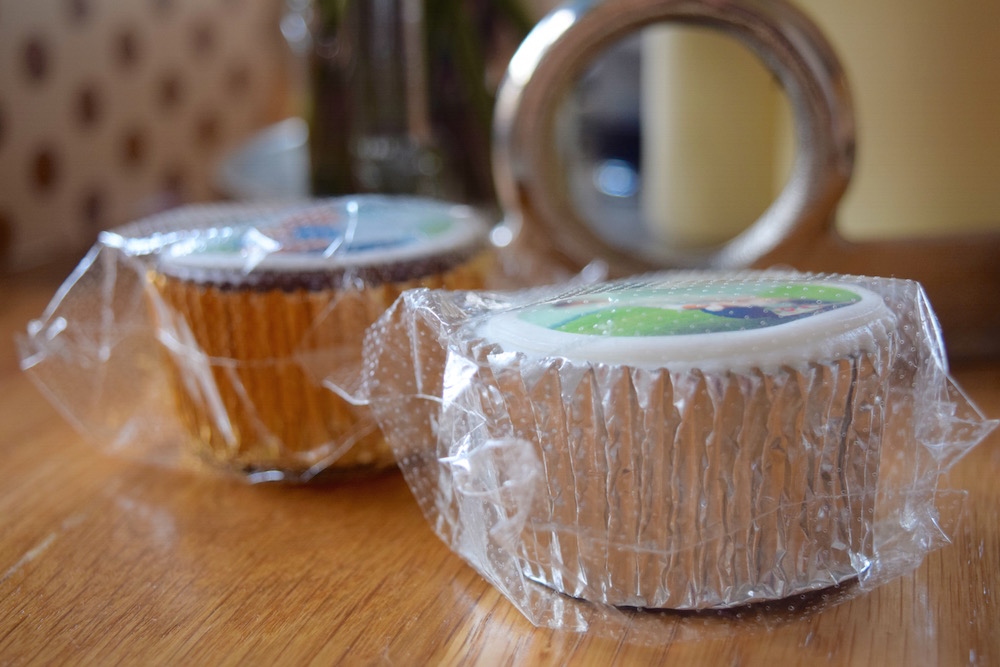 We had been sent some cupcakes from Caketoppers to try out. It was pretty perfect timing that it was Mike’s birthday coming up! Cake toppers do personalised cakes and cupcakes, printing pictures onto them too. It was a quick and easy ordering process and they were delivered quickly. I did wonder how the cupcakes would be sent out to us. But as they have fondant with a photo on, rather than a mound of icing, it made it much easier. They arrived in cute little boxes and were all in one piece. I was really pleased with the picture quality on the cakes too. 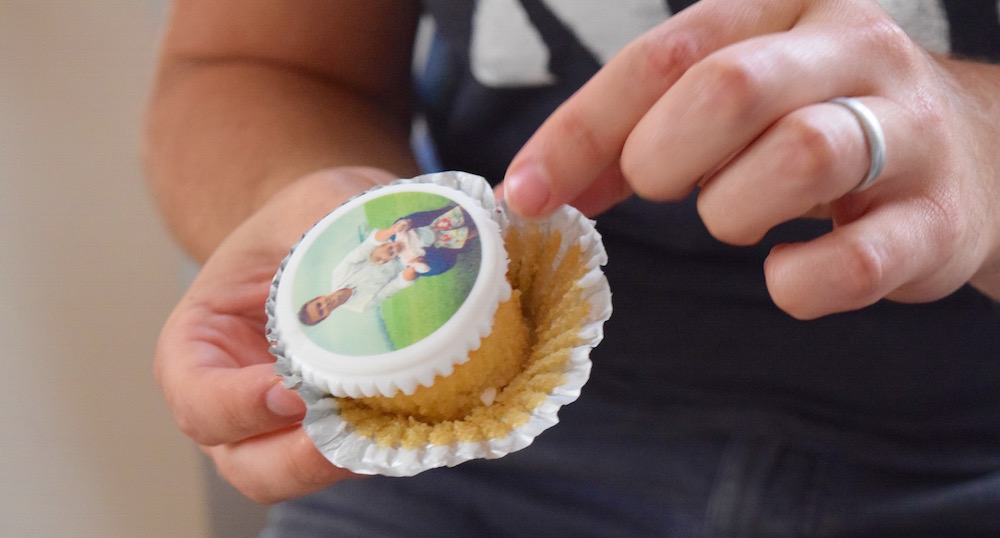 The flavours of the cupcakes were a classic sponge with white icing and a chocolate sponge with chocolate icing. Between the husband and the children, the cupcakes didn’t last very long. I had very good reports about how the cupcakes tasted too. I think they are a great idea and good value for money too (around £2 per cupcake). They make an event extra special and can see that they’d get use from businesses as well as birthdays and events.

Then we went up to Watford to have a late lunch with most of Mike’s family. I had let them know ahead of time that it was his birthday, so he got a nice hat, balloon and birthday cake. As well as plenty of people singing to him – pretty much the funniest thing ever, bless him. 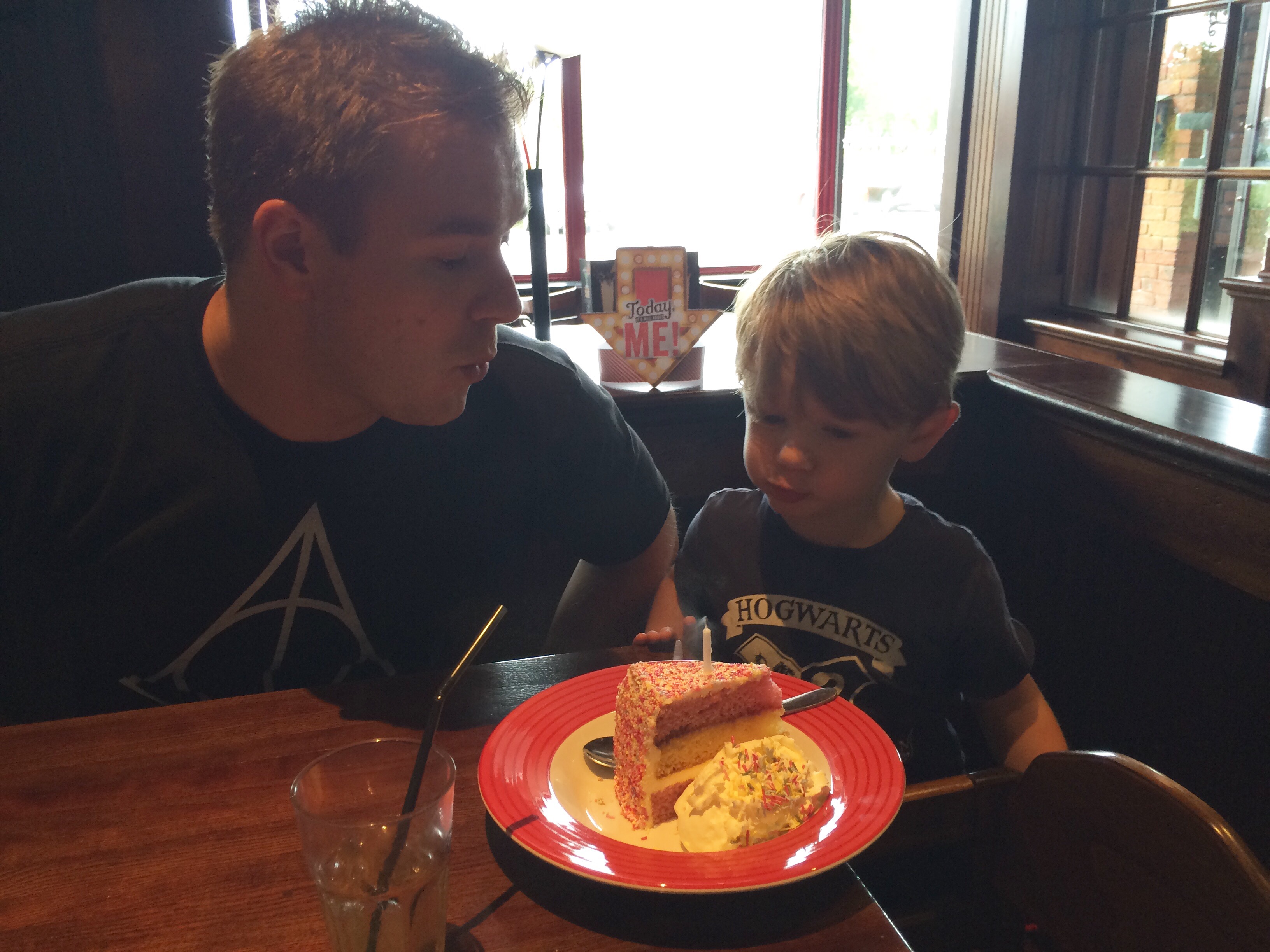 The reason we had headed up to Watford, though, was to go to the Warner Brothers Harry Potter Studio Tour. We had been before, quite a few years ago. Since then there have been several new things, such as the Hogwarts Express, the opening up of Privet Drive and this summer has the Finding the Philosopher’s Stone event, until the 5th September. It included seeing several early versions of the Philosopher’s Stone on display.

There were demonstrations from expert prop makers as well as being able to make some slimy Troll snot and three-headed dog-esque drool. That was a firm favourite with Max, that’s for sure! 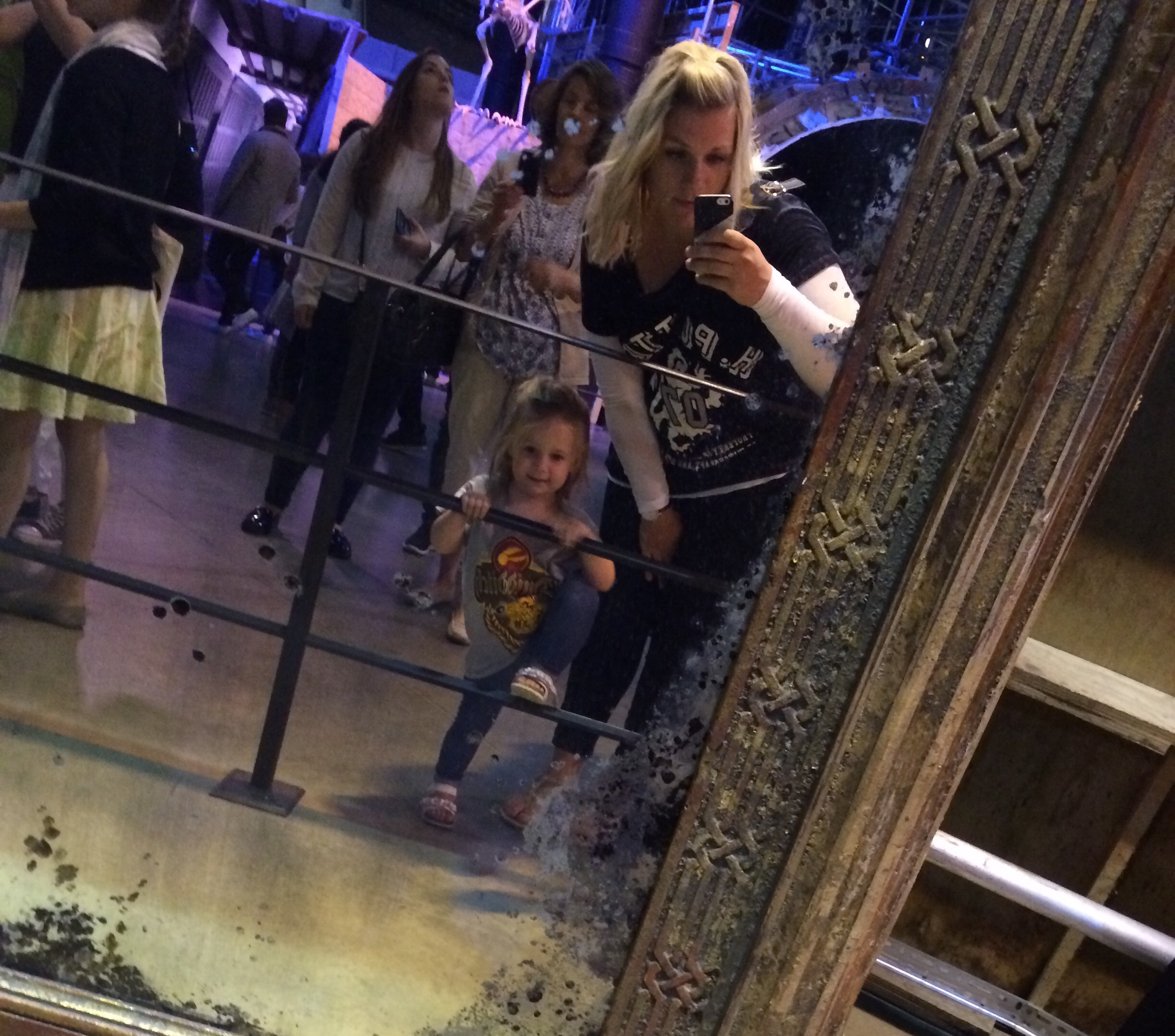 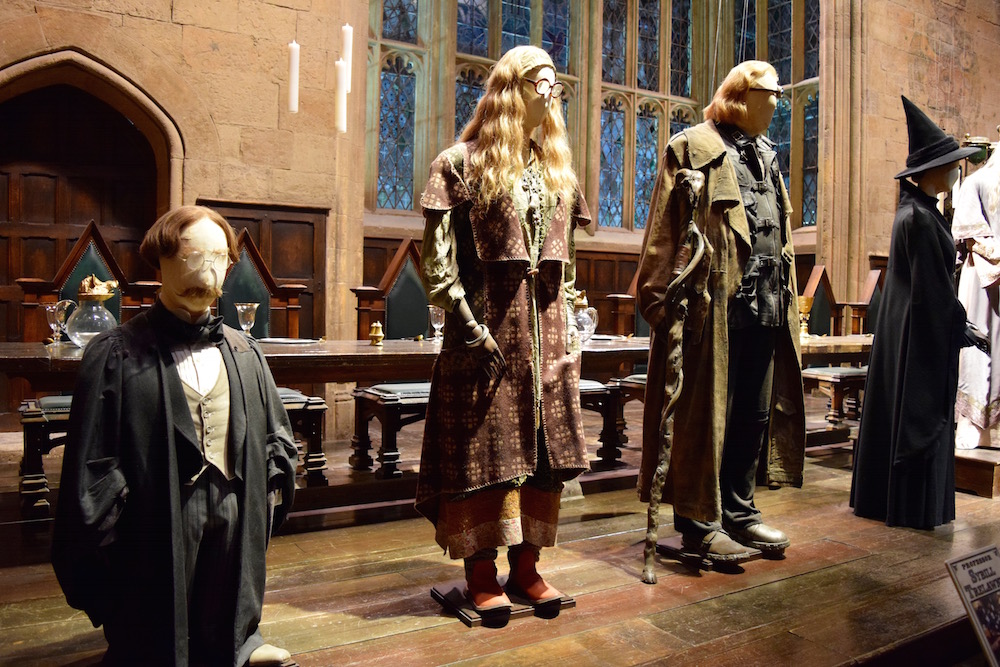 I always think one of the most interesting things is the costumes. The design and detail is just amazing. It is interesting to see how small all of the actors are too. The dress Emma Watson wore at the Yule Ball shows just how tiny her waist is. The same goes for Robert Pattinson and his Quidditch uniform – very skinny! 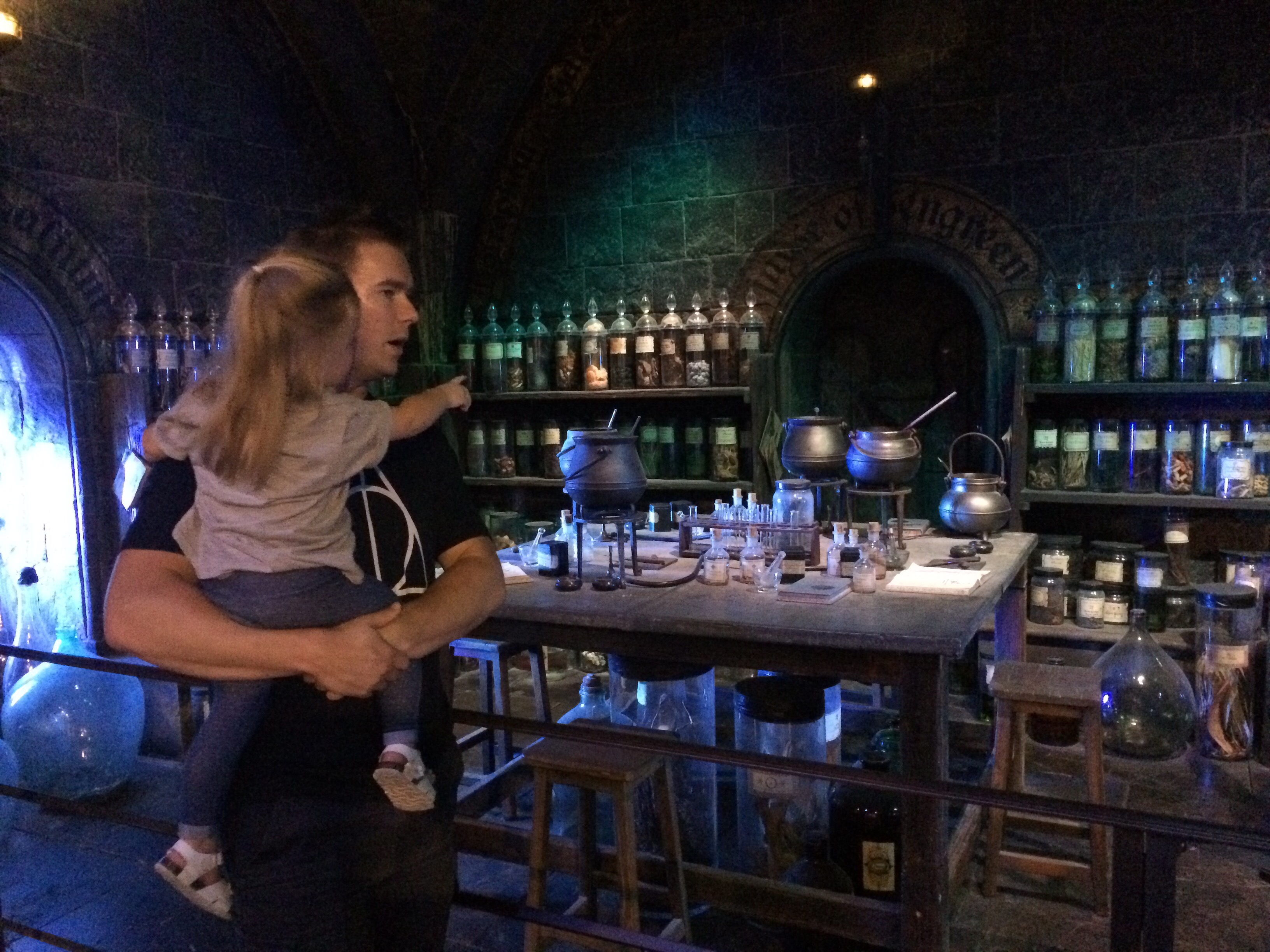 There was quite a large group of us (13 in total), including over half of the group that had never been there before. So it was fun to experience it all over again. Even after being before, it is still so epic and such a good day out. 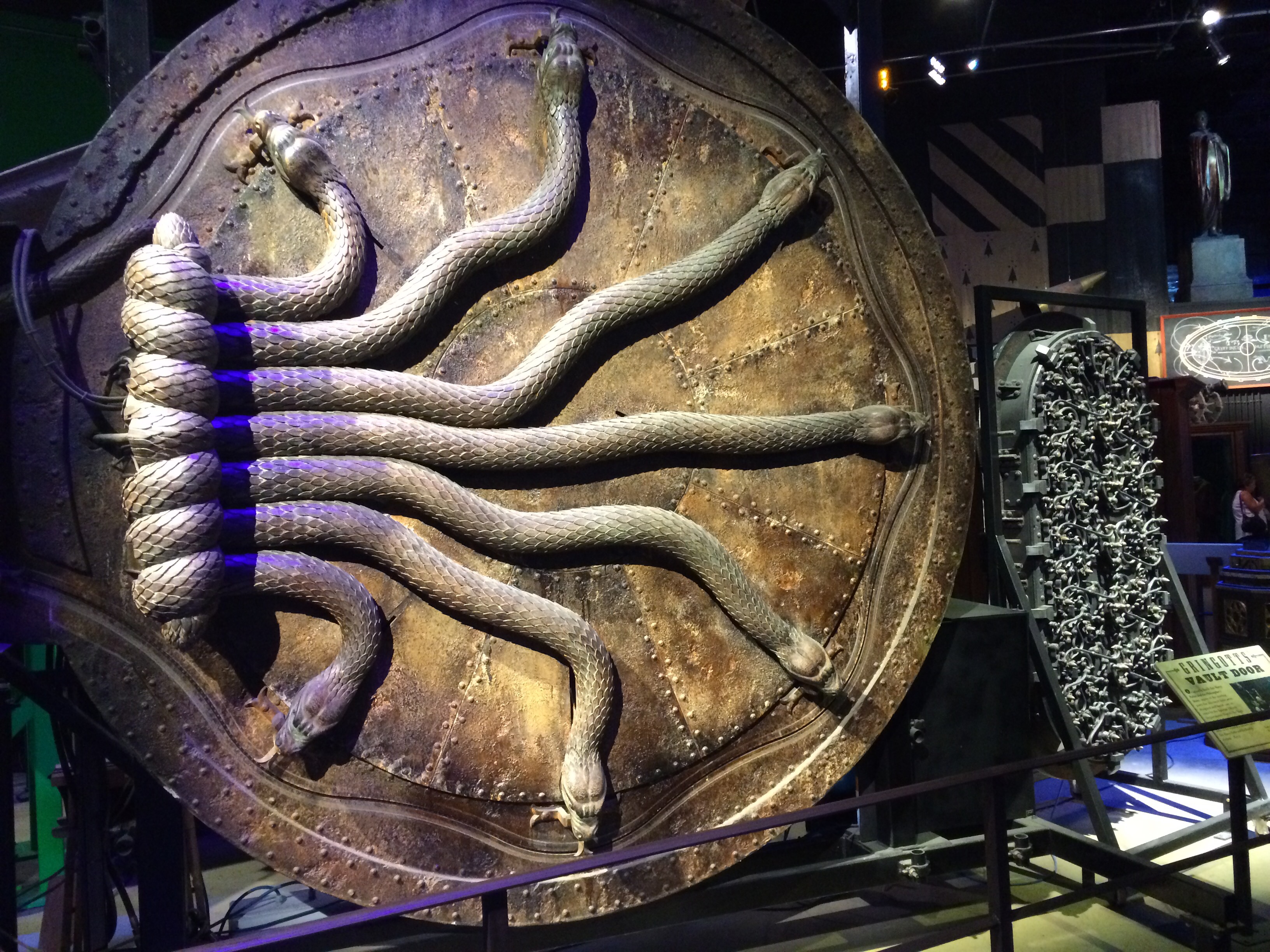 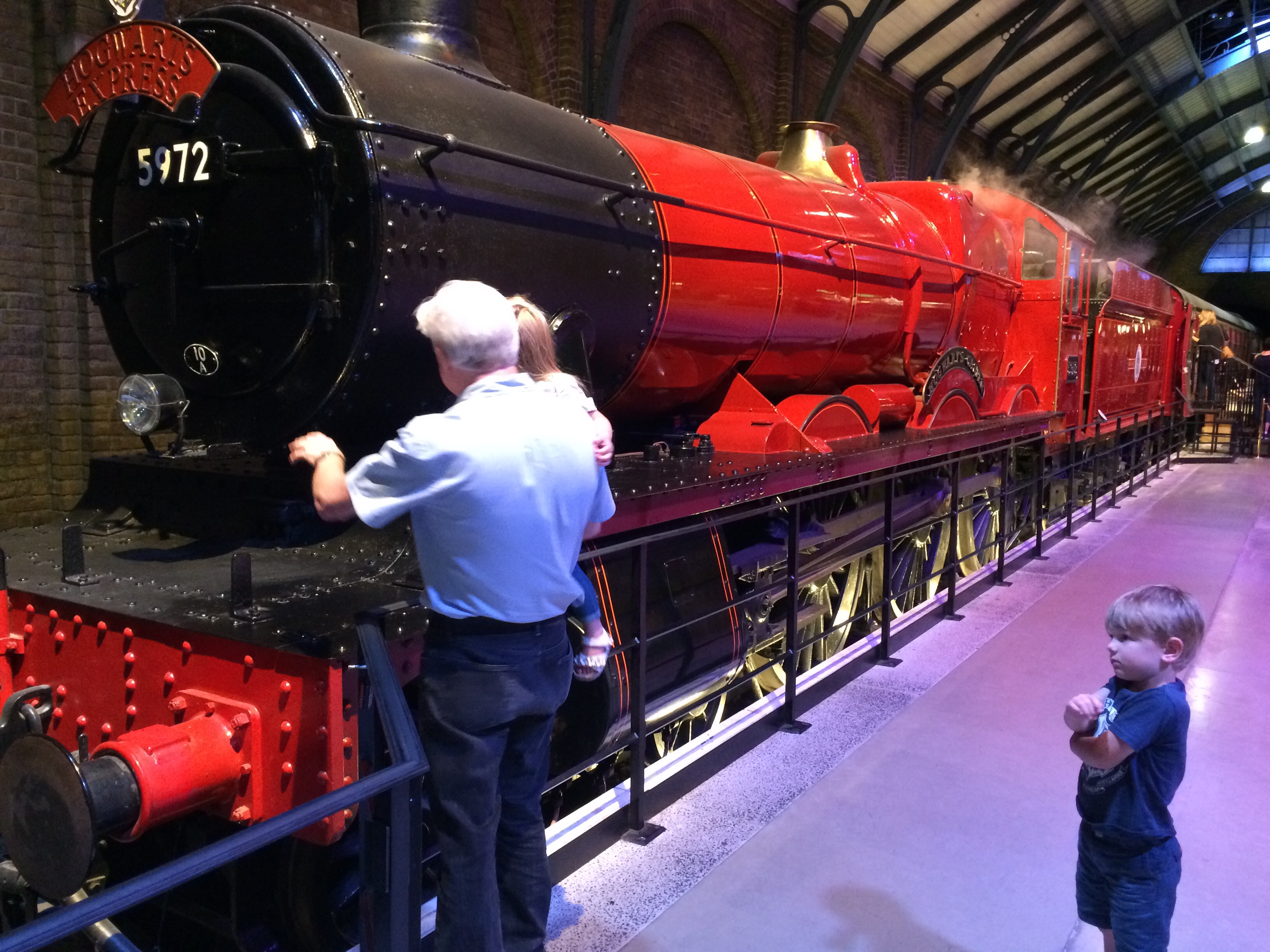 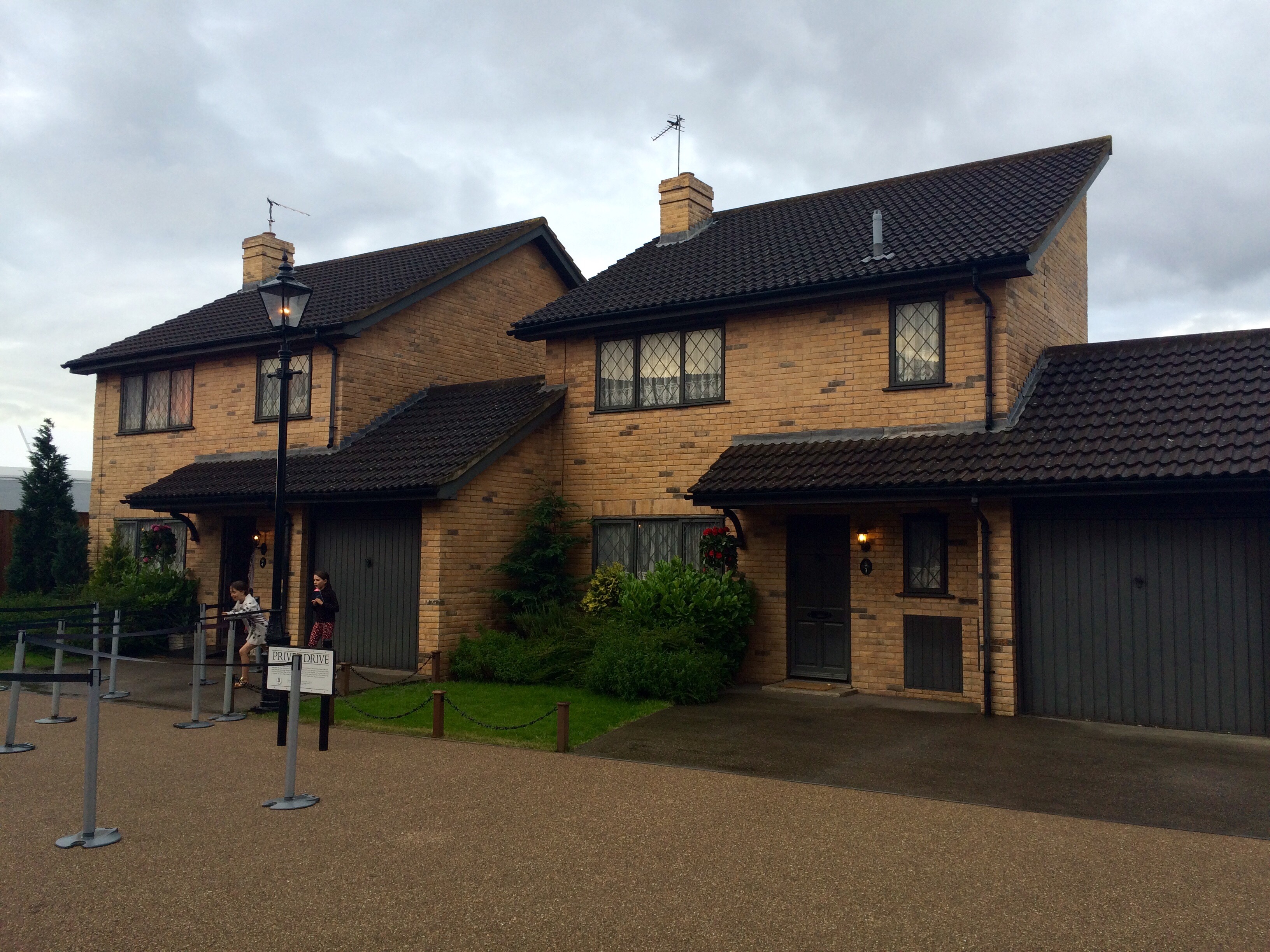 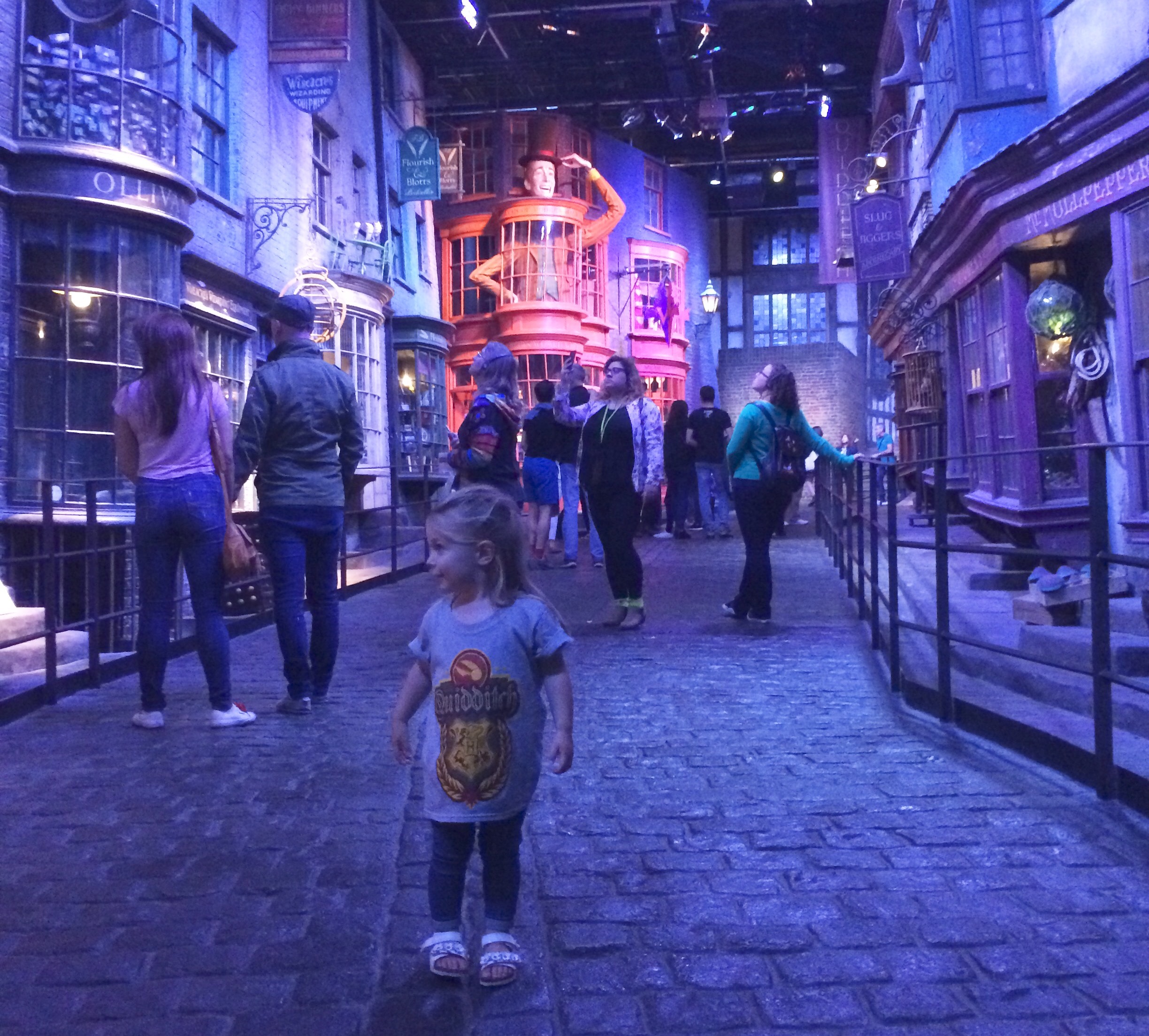 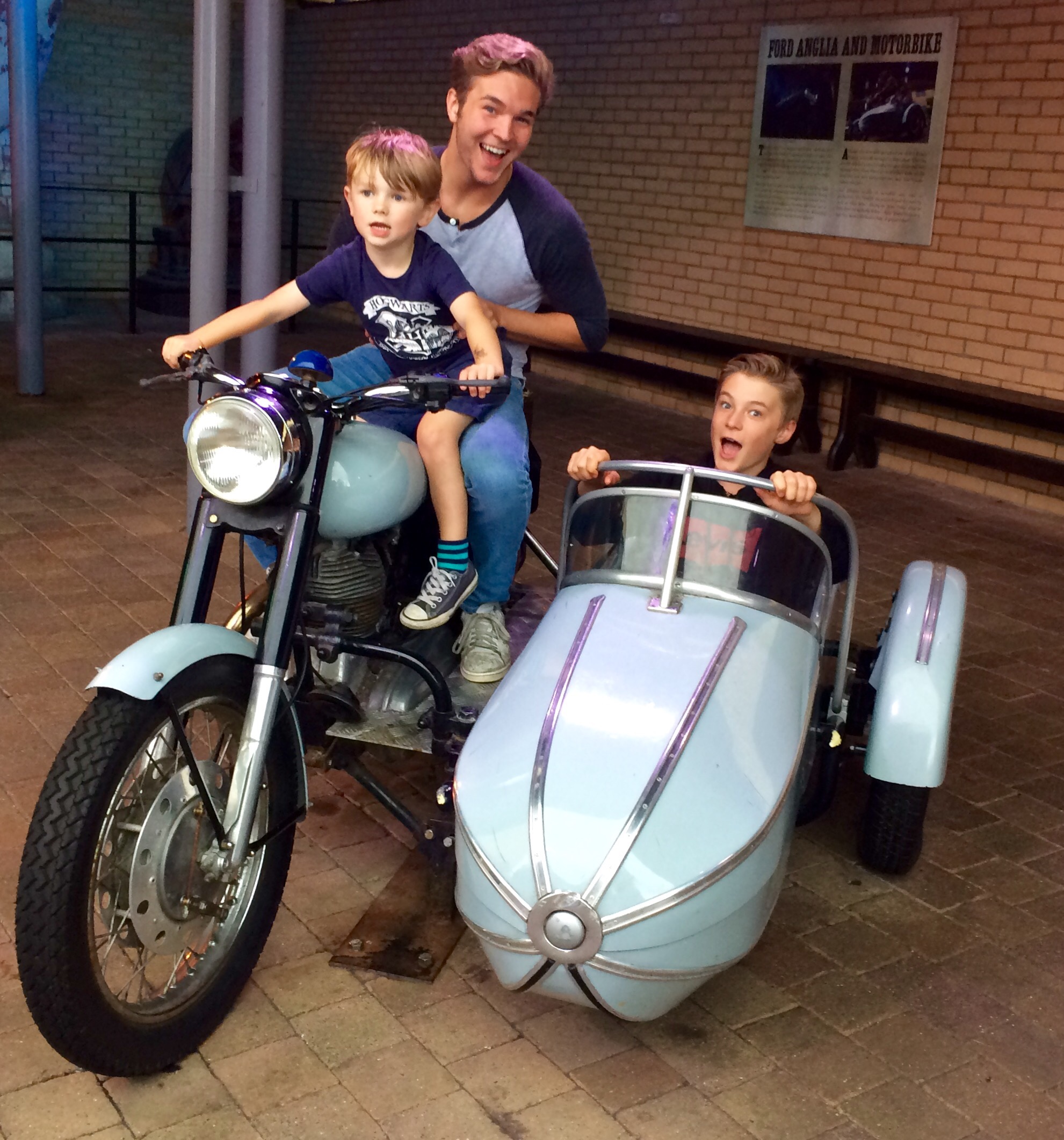 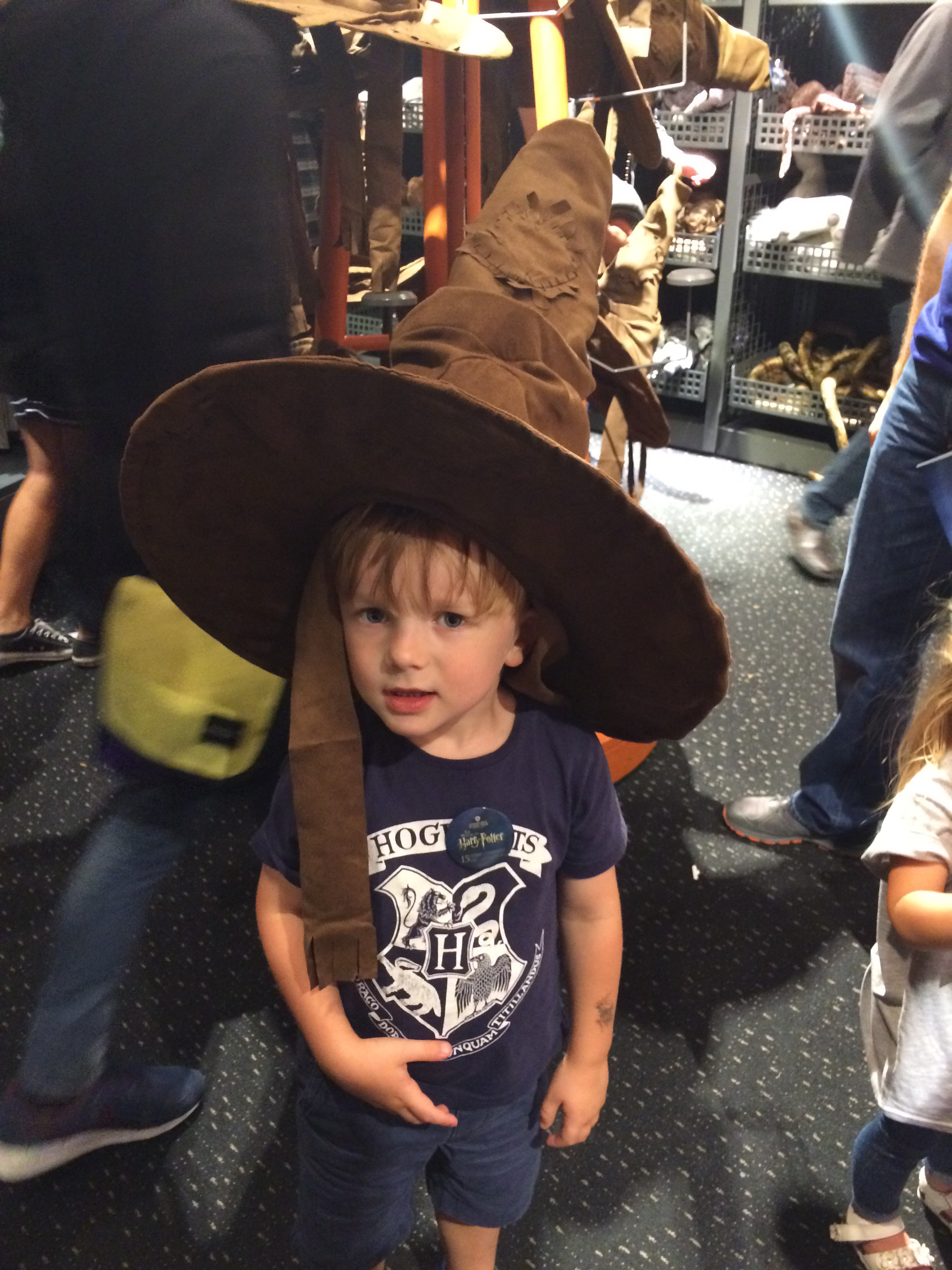 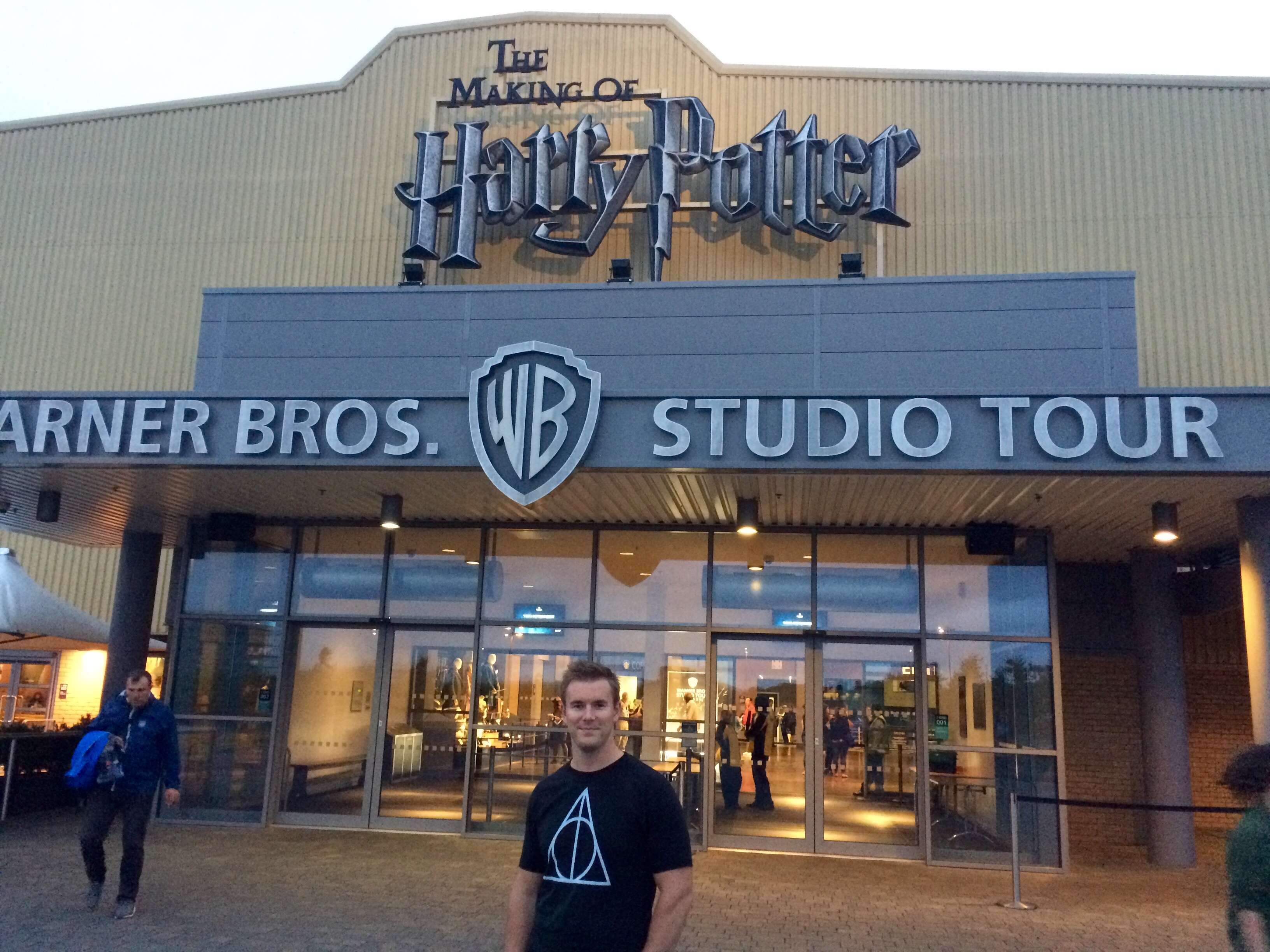 The tour took just over three hours, which I think it perfect time for all that there is to see and do. It is so well done, and such a fun place to visit. We came home and watched one of the films afterwards! It certainly gets you in the mood for re-watching the films and looking out for all of the ‘secrets’ and things that you learn about during the tour.

Even if you aren’t a massive fan, I still think it is worth a look. It is so interesting and I learnt a lot. Pretty much all of them wore wigs, so that they didn’t have to worry about hair falling out of place. Because if they had to stop production to fix hair, it could end up being pretty costly in terms of people’s time. The attention to detail for the films is just on an epic scale. If you haven’t been before, I would definitely recommend it! I want to go back again!

What have you been up to recently?

*thanks to Caketoppers for sending us over the cupcakes to try and for Warner Bros. for inviting us to the Studio Tour. All opinions and thoughts are my own.

If you’d like to try some cupcakes for yourself, you can use the code AAU10 to get 10% off your order.