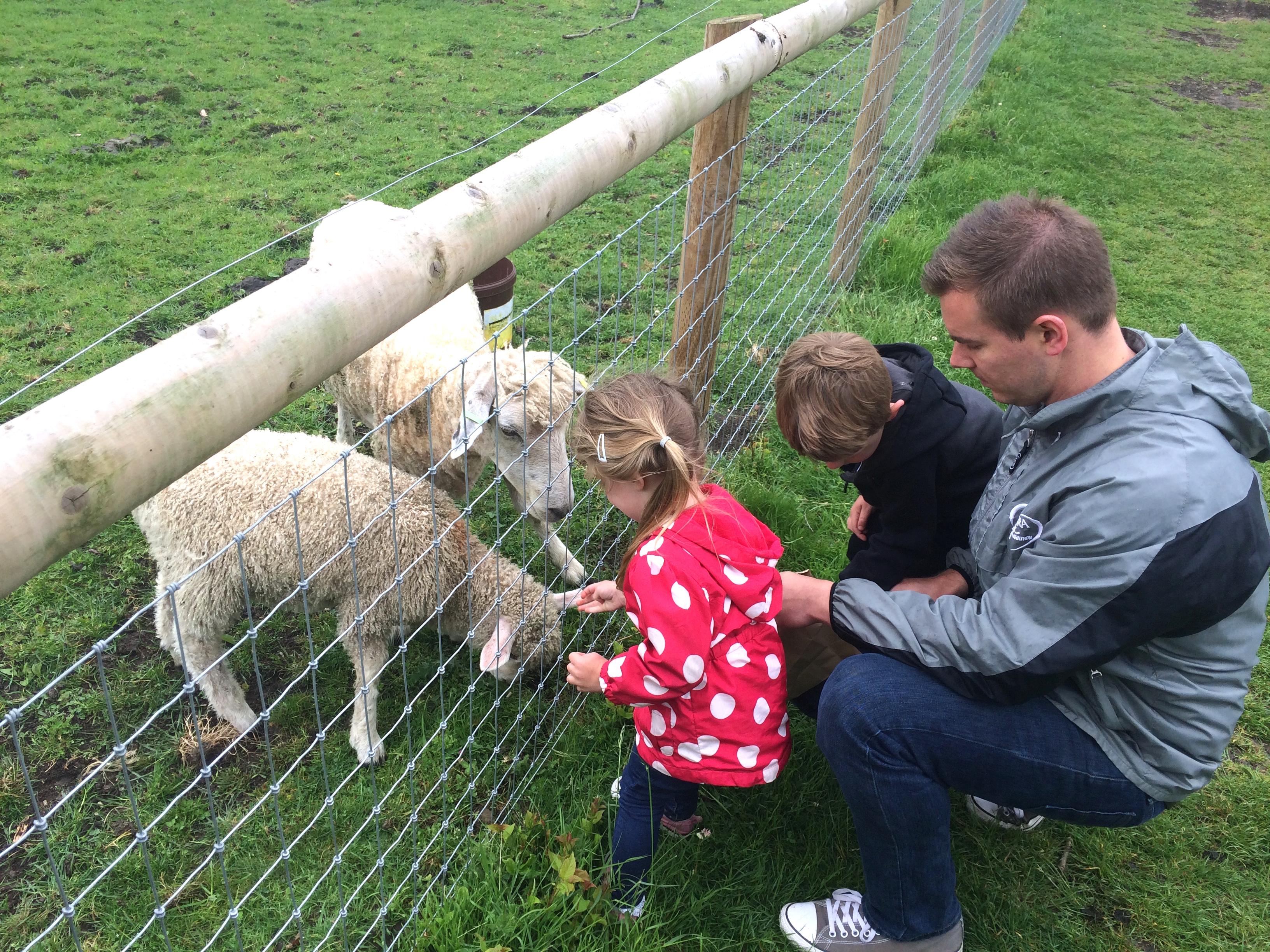 Just after the half term a few weeks ago, the boy had an inset day at school, so we thought it would be a good time to do something while most other children were back at school. With Max being in school now and wanting to learn more and more about reading and writing, we thought it would be fun to take him up to Stratford-upon-Avon to visit some of the Shakespeare homes and sites. 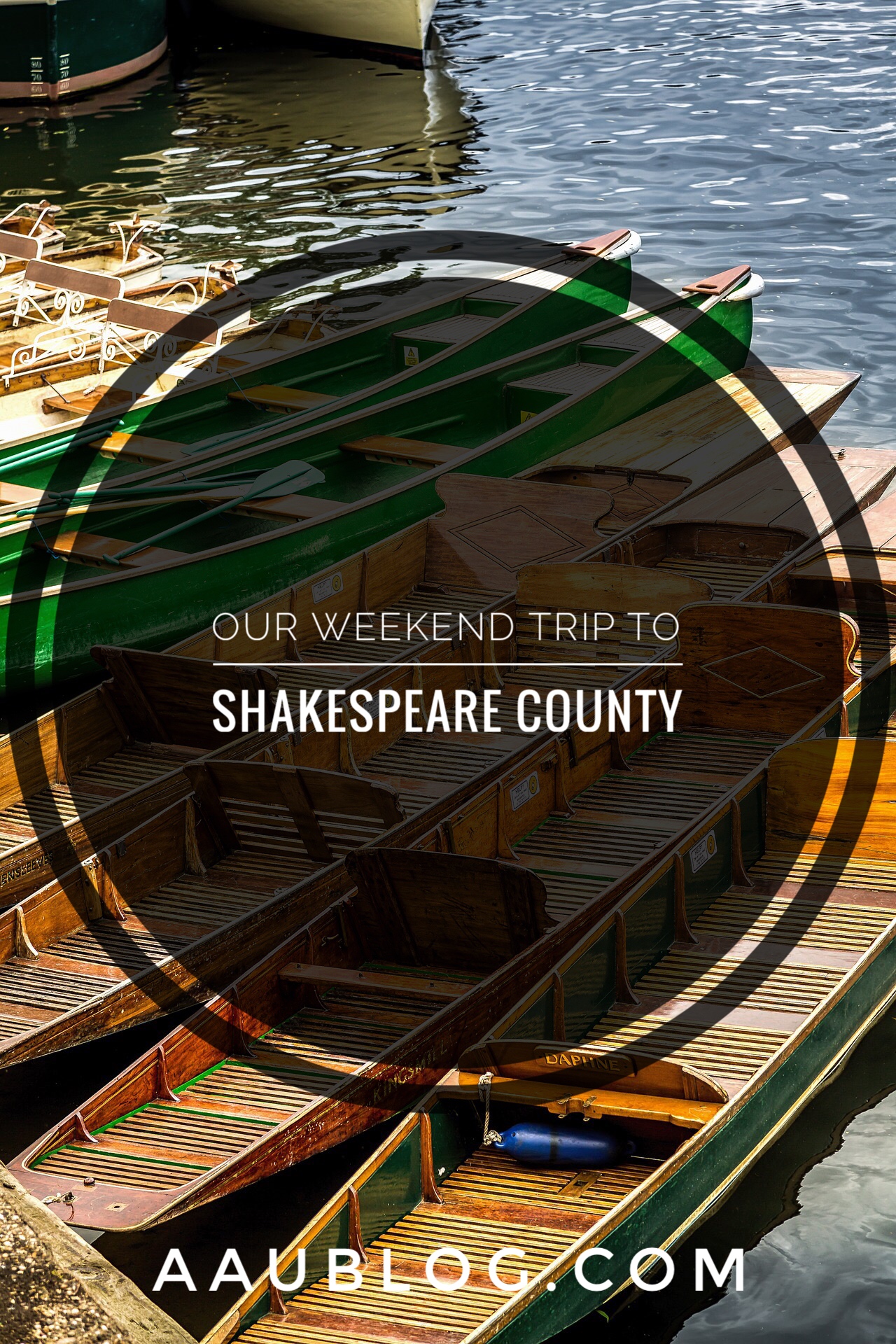 Turns out that the husband has never been to this area before (I haven’t been since I was about 18) and, of course, neither of the children had. So it was a fun trip for all. We drove up to Warwick the night before and stayed in the Premier Inn there. I’ll be honest, I was super impressed with it! And that breakfast? Yum.

The first night we explored Warwick a little, and then headed over to nearby Royal Leamington Spa, another place we had never been to. We had dinner out and then had a walk around – it is so lovely! We discovered an awesome park and explored the area for an hour or so. Then it was back to the hotel and to bed!

Then the following day, on the inset day, we headed into Stratford. There are five sites to see that are all part of the Shakespeare Birthplace Trust. We didn’t get to see all of them, as we would be driving home that evening, but chose three.

Set in the now High Street, the home that Shakespeare was born in is still in tact. you can explore a small museum and then you get to go inside the house itself. A lot of the original flooring is in there still which is pretty amazing to me. And so the chances of walking where Shakespeare had once walked was rather high. The staff are all dressed in the clothes of the time and are full of interesting information and anecdotes about the family, the time period, and the house. You even get to hear some actors recite some of Shakespeare’s plays, which was fun, especially for Max – he couldn’t believe people used to talk like that! 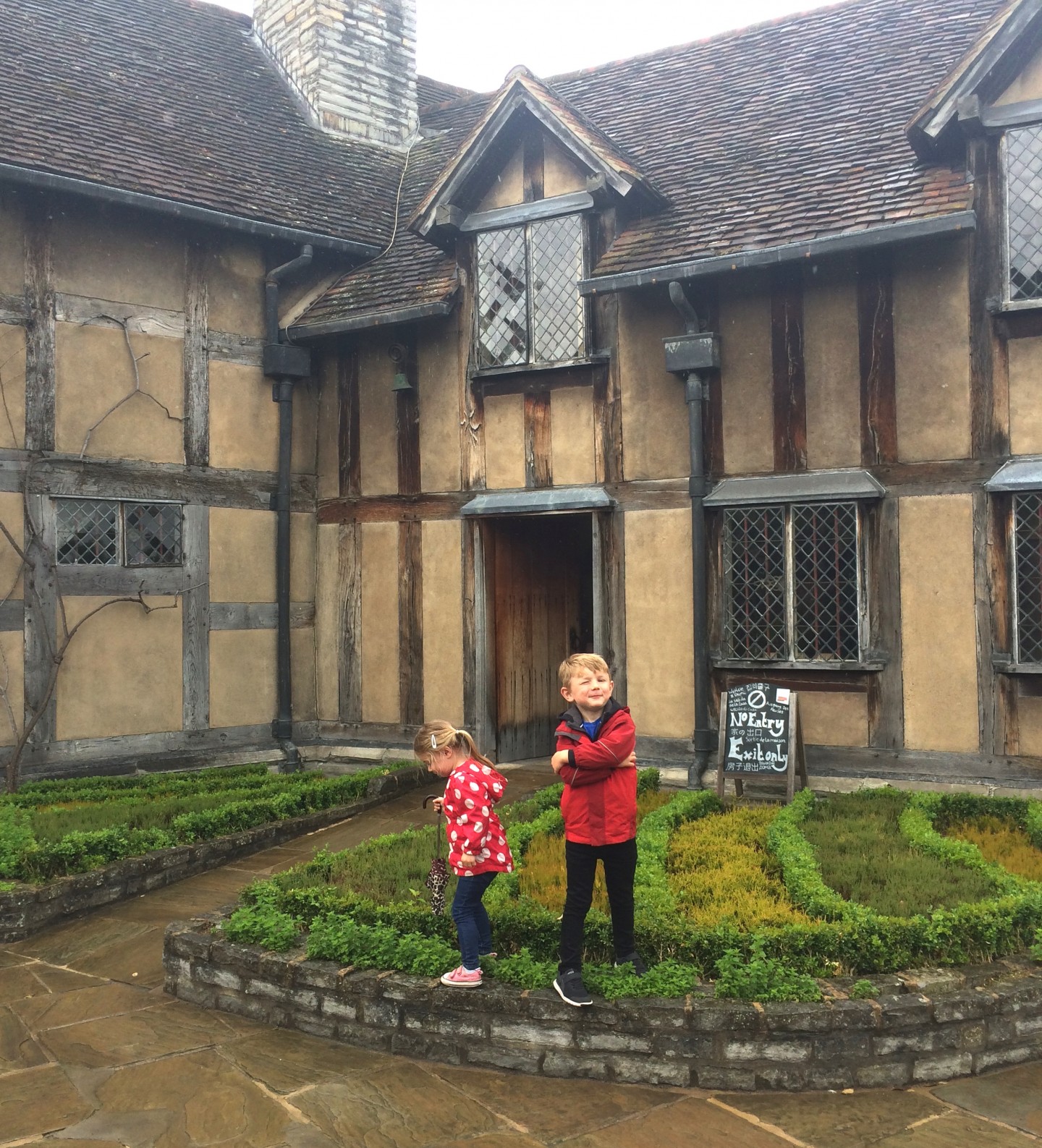 Parking: there is no specific parking for the house. There is plenty of pay and display parking around the town.

Time: You don’t need to allow too much time to visit here, around an hour would be ample. Leave some time to look around the cute shops of Stratford-upon-Avon High Street though!

Cost: £15.75 per adult (including access to Hall’s Croft and Shakespeare’s New Place, all within walking distance).

No, not the American Actor Anne Hathaway, as my husband joked, but the love of Shakespeare himself. To be honest, I didn’t know much about her, so it was interesting to learn. Her family were quite wealthy and had a cottage with a lot of land most likely used for farming back in the day. She and Shakespeare married when he was 18 (she was 26) because she was pregnant – how scandalous for back in those times 😉 Again, a lot of the existing floors are in tact, as well as other furniture, so it was where Shakespeare will have been when they were courting. The house was used by the family line until 1911, so a lot of what remains in the house is original. 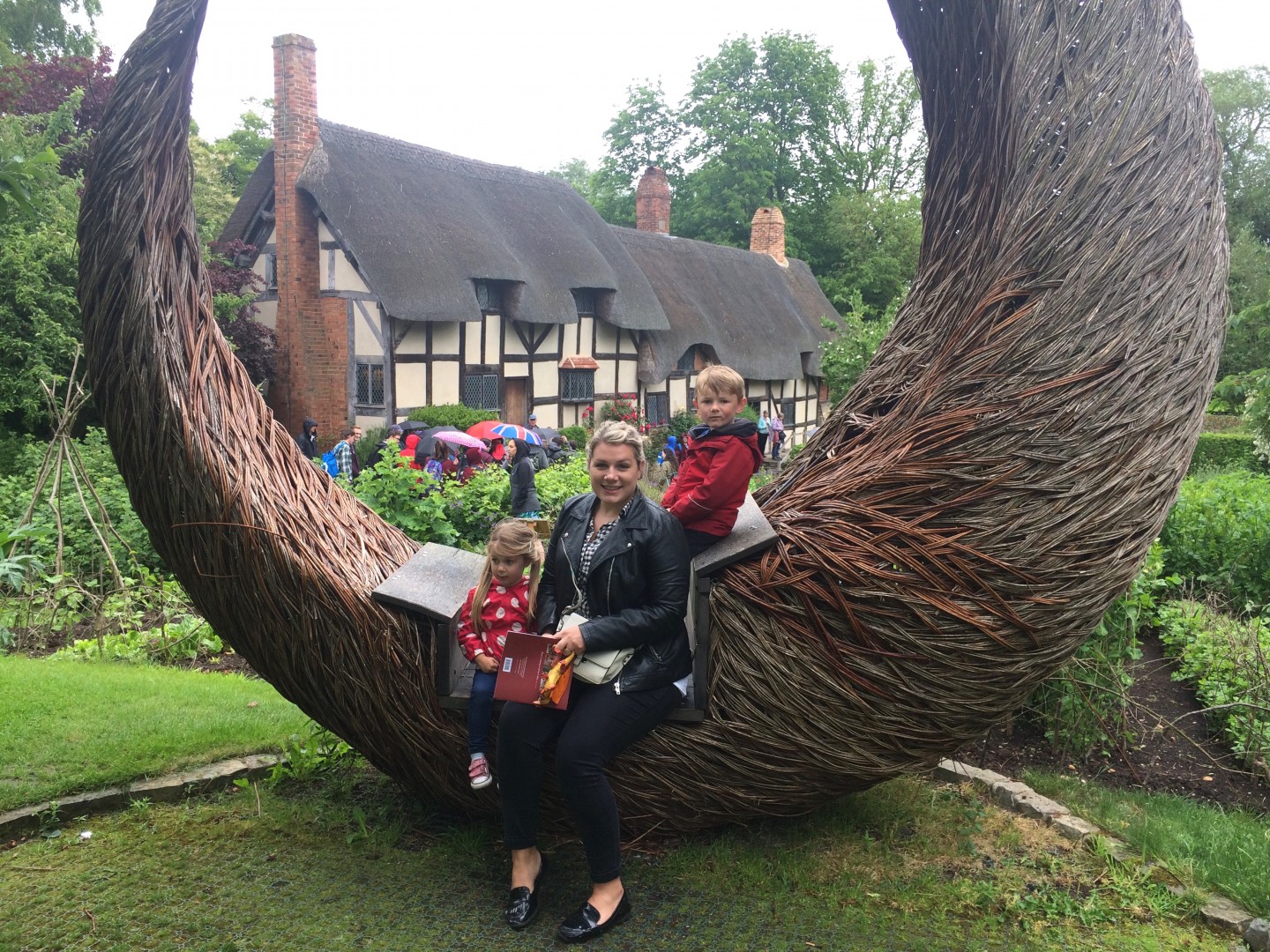 Parking: There is no official parking for the cottage, but there is a pay and display car park a very short walk away.

Time: You do need a little longer to explore here, as the gardens are vast and the tour at the cottage is longer. No more than three hours.

The Mary Arden farm is the farm where Shakespeare’s mother grew up, and it is more about tudor life than about actual Shakespeare himself. But is still rather fascinating nonetheless. For the kids, this was probably their favourite to visit, as it is full of farm animals that you can pet, and even some that you can feed. There is a park to play in, as well as plenty of land to explore. It was a really lovely place to visit. Though we had just missed one, they do falconry displays and other shows at certain times too. 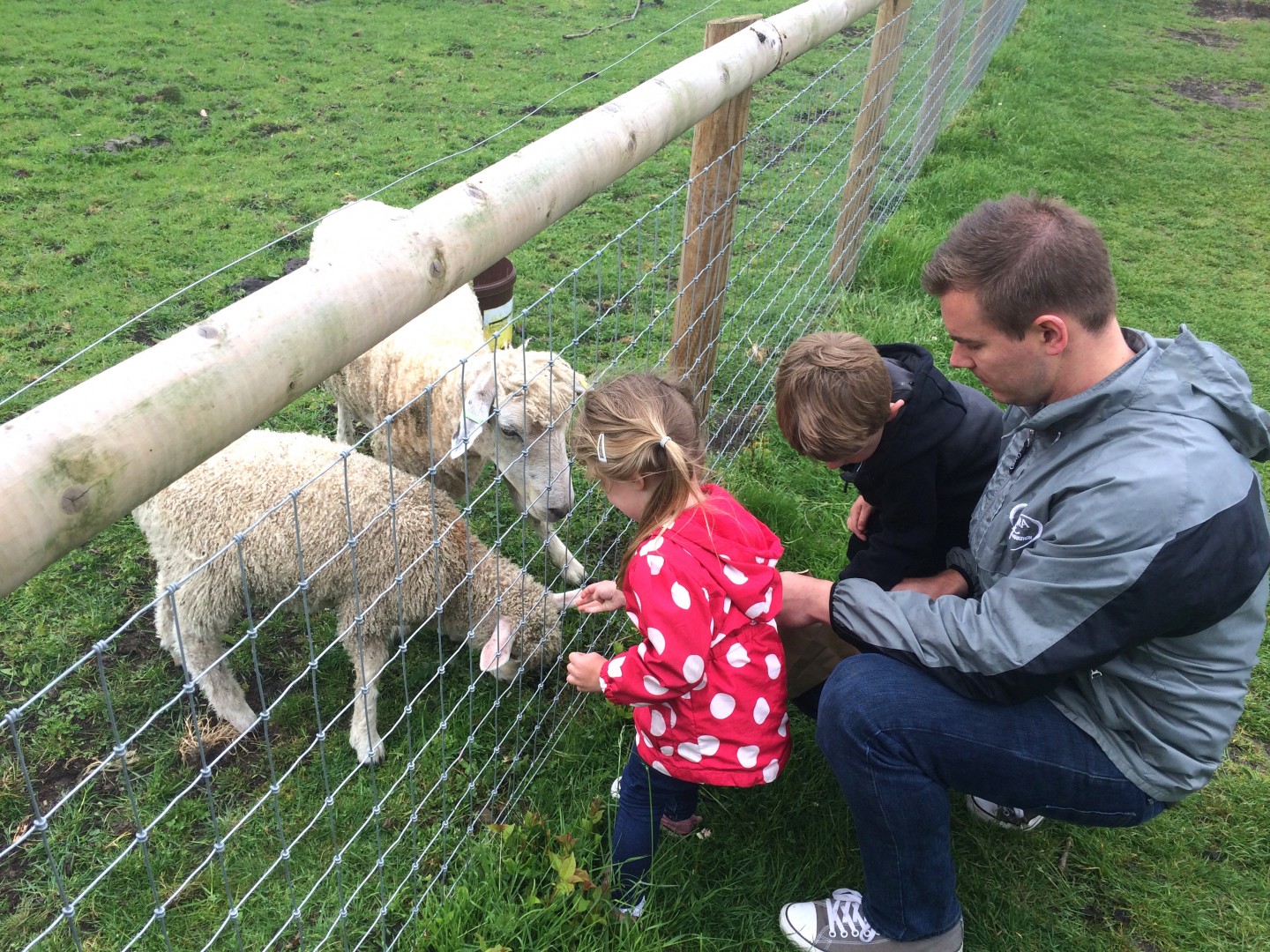 Parking: There is free on-site parking for the farm.

Time: Two to three hours would be good for here, depending on how animal mad you and your little ones are.

Check out our little vlog of the day below:

Have you ever been to any of these sites before? We had a great time, I would really recommend them!

*thanks to the Shakespeare Birthplace Trust for inviting us along. All opinions are our own.