What would you say to your younger self?

Hindsight is a wonderful thing and though at the time when I was younger, I felt like I knew it all, and that I was doing things right, I could have always done things better.

When I was at school, I was so sporty, you probably wouldn’t believe. I played netball, hockey, tennis, did cross country, athletics, rounders and gymnastics. Not to blow my own horn, but I was pretty good too. I played Netball for my county, got medals for cross country and went through several ‘badge’ levels at gymnastics, as well as various school sports awards and players of the year. I played tennis and although it wasn’t my favourite thing ever, I must have done OK, as when they needed another person for the school tennis team, I remember my teachers saying “Oh, Becky will do it”. A bit of a sporting ‘jack of all trades’ really.

While this was great, I loved playing sport and I was always the last girl left running in the ‘Bleep Test’, I wish I had really pushed myself more. When I was at University, I was chosen to be on the Uni team, which again, was great, but due to being quite shy and nervous around the ‘older’ girls, I didn’t always play to my full potential. As a result, I didn’t play that many actual matches. And then I just thought, I won’t bother anymore.

It felt like I had gone from being the top sportswoman in my year and at school, to then being just ‘okay’. It all knocked my confidence quite a lot.

Now, not to make this sound like a massive sob story, I thought I would share what I have learnt from my experiences and what I should have told myself back then.

What would you tell your younger self? 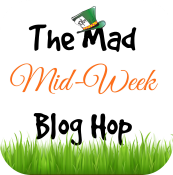