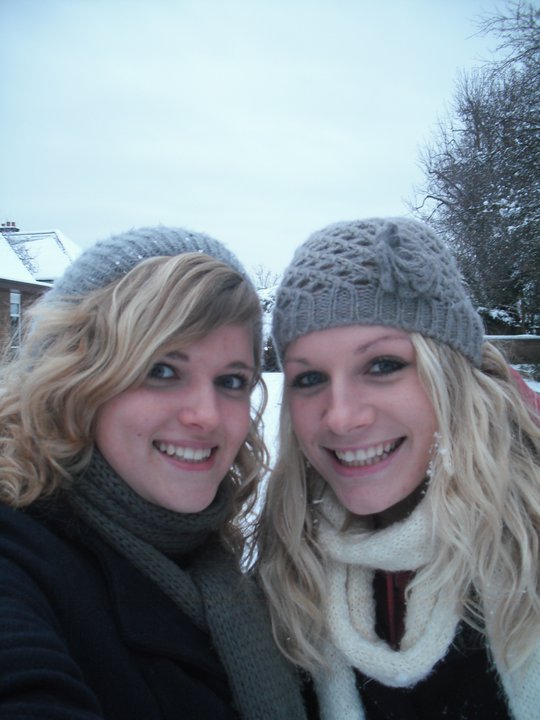 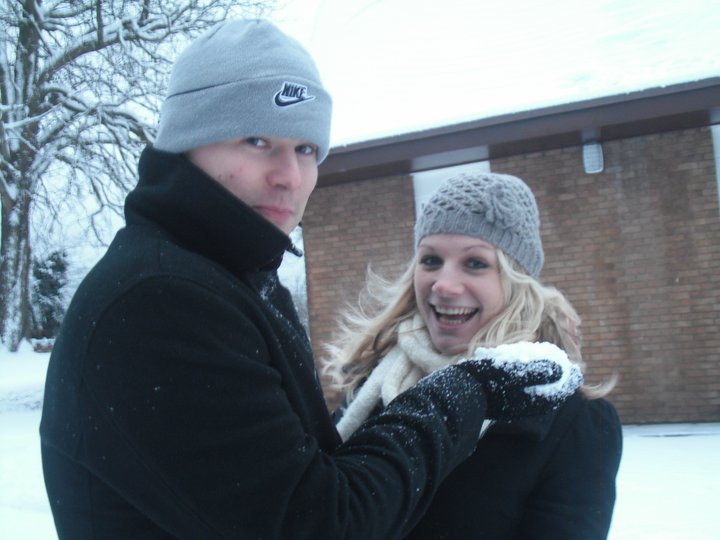 The hubs and I… 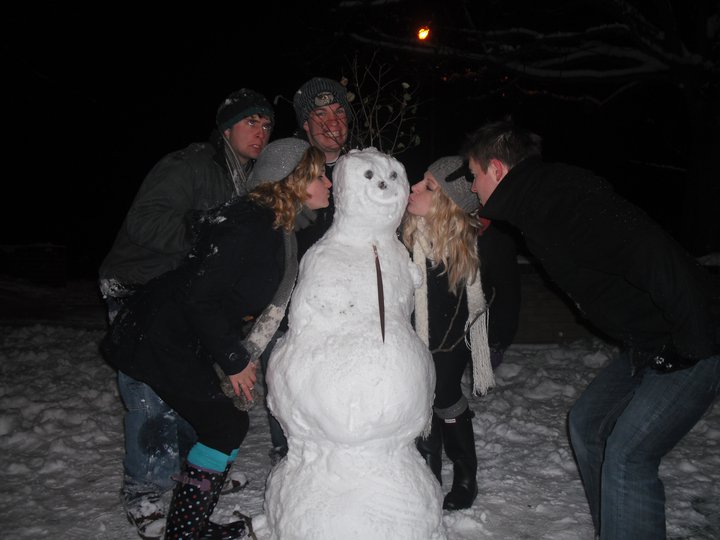 The Urie / Leppard crew – they have been such good friends to us since we moved into the ward.
… England grounds to a halt!!
I woke up last Tuesday morning and found everywhere covered in snow, and it was still snowing. I wasn’t due into work until 12, so I called ahead to check that things were still going ahead. I was told they were, so off I went to work. (driving VERY carefully so I didn’t skid – you don’t get much practice driving in snow here)!
After being at work for 2 hours, the powers that be, decided that it was still snowing and they wanted everyone to get home safely, so we should close up and go home. Fine by me….I thought…
9 hours later I got home! I was stuck in Leatherhead for about 4 hours trying to get on the M25, and then the rest of the time was spent stuck on the M25. Now I know why everyone class it a car park – it was utter chaos and most of the time I was just sat there with my engine off. Cars and lorries were just being abandoned in the middle of the road – it was like a scene out of ‘The day after tomorrow’.
There next three days gave me plenty of chance to recover tough as work was closed until today (Monday). So, with some friends from church (and fellow Tadworthians) we went to enjoy the snow the best way we know how….